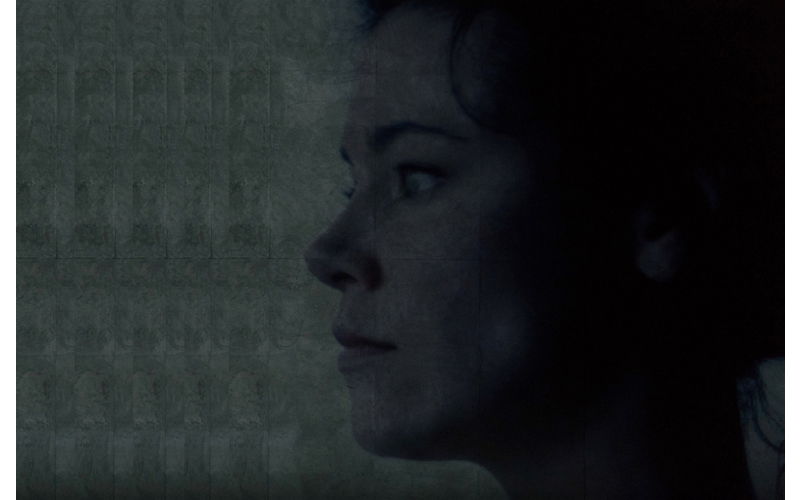 For 15 years, Atom Egoyan has lived with an idea. That idea is to make the work of composer Alexander Zemlinsky into an opera. With Spoleto show You Are Mine Own, he finally has the opportunity to build this dream.

Egoyan, best known as the filmmaker behind The Sweet Hereafter (1997) and Chloe (2009), has also put together a number of operas including Feng Yi Ting, which was shown at Spoleto 2012. Despite other successes, putting Zemlinsky’s renowned Lyric Symphony into operatic form eluded him for years. Between being denied rights to the music and financing as well as other challenges, the stage work he agonized over was forced to remain an aspiration only of his mind. With Spoleto’s support and the bargaining of conductor John Kennedy to secure the Zemlinsky composition for use, Egoyan’s ambition is laid out before him.

“There’s two sides to this,” Egoyan says. “First it’s to introduce people who don’t know Zemlinsky to this amazing piece of music which I think is just absolutely staggering in its texture and what it’s offering you. But if we could also create a new dramatic contribution to the canon that would be amazing.”

Now there’s just that whole thing of putting You Are Mine Own together. Egoyan and all the players from the singers to the orchestra and conductor are readying for rehearsal. With all the right parts in hand, the challenge is now to pull together varying art forms and to render on the stage the passion with which Zemlinsky embodied in his work. This is no simple feat — particularly for a person who’s spent 15 years contemplating how he would bring to fruition such an ambitious work.

“It’s a concert setting, but we’re using the stage as a theatrical space,” Egoyan says. “It’s a hybrid of the [symphony and theater].”

Zemlinsky’s challenges were similar to Egoyan’s when composing his Lyric Symphony. Zemlinsky also worked with a muse from another art form — the love poetry of late 19th and early 20th century Bengali writer Tagore. Within those poems are varying aspects of love — from yearning to the intoxication of coupling to departure. Attempting to manifest the German translations of those words with equal emotional force, Zemlinsky set about composing symphonic and vocal music using those stanzas of inspiration. The final composition would go on to influence conductor Alban Berg who would later reference his musical predecessor’s Lyric Symphony in his own work. With You Are Mine Own Egoyan attempts to permeate these layers of influences and the sentimentality with which they were originally conceived into a new operatic story.

“This question of latent references of one piece to the other ties into the notion of latent reference of emotional feelings of the male and female performers,” Egoyan says. “There’s no narrative as such [in Zemlinsky’s lyrics or Tagore’s poetry]. These two male and female voices are not connected to each other. That’s what we’re doing. We’re connecting them to each other. We’re trying to make this into a coherent love story.”

The story that’s been lingering within Egoyan centers around a flute player and forlorn conductor. After the transition from a quartet of Berg’s work into a full orchestration of Zemlinsky, the two characters emerge from the musicians and begin their journey through the lyric. The orchestra is central on the stage of the opera. Projections of the music’s words became their own layer within this multi-modal endeavor.

“The creative challenge when using projections and these other sources, you don’t really know what the rhythm of it is until the conductor comes in,” Egoyan says. “How this piece moves is based on them. I cannot impose. In a film I can tell my composer, ‘I want these at these tempi. Here are the images. I want it set to this.’ … I have to figure out a system [in opera] that can be malleable and it can shift according to the tempi of the conductor.”

You Are Mine Own‘s complex challenge is this: to bring to an opera the feelings conjured within a composer from the work of a poet, the final symphony of which influenced yet another composer, and to filter the confluence of everything through Egoyan’s own passions and inspiration drawn from the works while also acting as that conduit to the conductor, musicians, and two opera singers. Then people have to see it and like it. Making a film, Egoyan admits, is mostly in his head and not passed from the mind of one artistic genius to the next. Yet, You Are Mine Own doesn’t make him want to take it easy in the director’s chair, on set behind a camera.

“I’m really in between the two,” opera and film, Egoyan says. “I don’t know when the next films are going to happen. It’s difficult to tell when the schedules are. If I can fit [opera and film] in, it’s a pleasure.”

Working with different forms, he’s gotten used to it.

That’s just another art to fit into Egoyan’s work.