A review and footage of the Aussie musician's performance 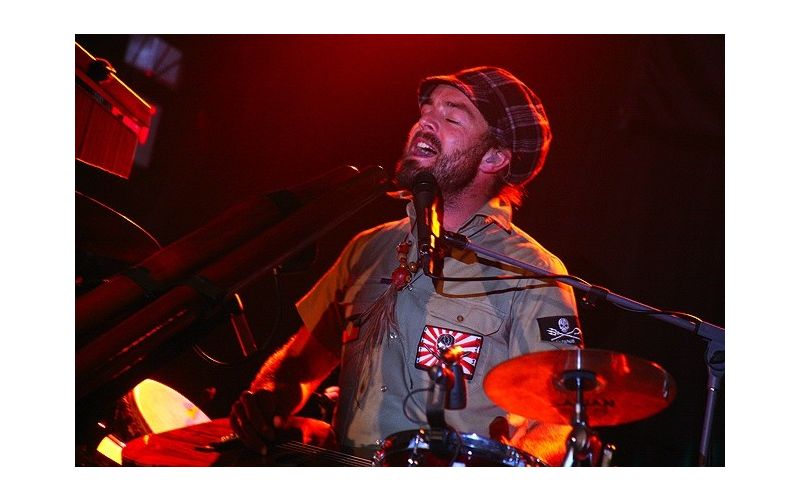 With his eyes peeking over the three enormous didgeridoos, Australian singer/songwriter Xavier Rudd performed to a packed house at the Music Farm on Thursday night. His pure earthy vocals and tribal sounds, recently-added musicians, and gritty aboriginal beats did not disappoint.

At an intimate pre-show meet-and-greet on James Island at Zia Taquaria, Rudd interacted with fans of all ages. His gentle but powerful presence was not dismissed. For Rudd, it came naturally. Not only is he a master of music, but an avid surfer with a laid-back, mellow approach. Although humble, Rudd exudes an extremely proud vibe — not of his own accomplishments, but of what he represents.

At the Music Farm, seated behind his unique blend of instruments, Rudd enchanted the audience. He held his head high while three predominant flags adorned the background of his of elaborate setup. Just directly behind him hung a Sea Shepherd pirate flag from the recently famous Whale Wars television hit, an Australian activist crew who are on a quest to save the whales. With a powerful presence center stage, bassist Tio Moloantoa cranked out some funky bass with a background of the Aboriginal Flag, while drummer Andile Nqubezelo stage right demolished the drums with a South African flag draped behind him.

Rudd’s stellar performance covered all the crowd-pleasers while unveiling songs from his most recent album, Darker Shades of Blue. More so than on his previous albums, Darker Shades of Blue is said to be more of a balance of darkness and light. While the album is more introspective than the past, Rudd’s passions come through his lyrics like powerful energy. The impressive lineup allows the one man band to interact more with the audience. From beginning to end Rudd’s performance had fans in a frenzy bobbing around to a fusion of Aboriginal funk.