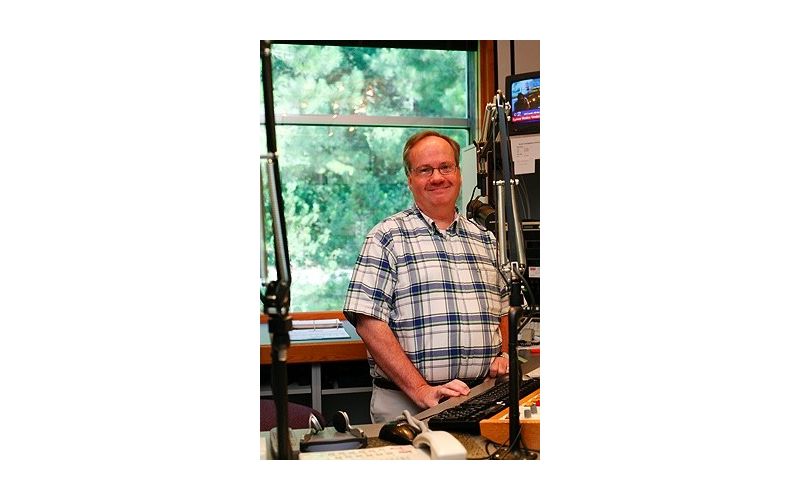 “I think WTMA is the newest and freshest radio station on the dial — even more so than 95SX, Z93, or 96.9 The Wolf, who play the latest, newest music,” says Morning Buzz producer John Quincy. Unlike many modern stations, WTMA doesn’t pre-recorded its programming hours, or possibly days, in advance. “The stuff that we’re talking about happened minutes or hours ago. That’s why the format is compelling for younger listeners.”

If there’s an art to handling a live show like the Morning Buzz, between the phones, the cues, the ads, the guests, etc., Quincy is a virtuoso. He is also the resident expert on the history of the station and Lowcountry radio in general. Quincy’s been in the production rooms and DJ booths in Charleston since 1981, working mostly at soft rock, country, and Top-40 stations over the years. He came up in radio when the DJ’s mechanical challenges involved cuing tape cartridges, placing a stylus on a piece of vinyl, and clicking reel-to-reel tape machines.

In early 2002, Citadel Broadcasting hired Quincy to direct the programming for WTMA and another A.M. station. He worked for almost two years before, due to a change in Citadel management, he was let go to make room for another staffer. He eventually became the local producer of the regionally syndicated John Boy & Billy Show on Cat Country 107.5, then he worked as assistant program director on Sunny 96.9, which recently flipped to a country format. It wasn’t long before he returned to the news/talk scene at WTMA.

“Even though when I was a music disc jockey, I found that the last thing I wanted to do was listen to music on the radio after I got off the air,” he remembers. “I really liked talk radio and I liked ‘TMA when it switched to the news/talk format because it was stimulating. There’s a lot of technical stuff involved. I knew what I liked, and I knew what good radio was. A lot of the basics that you could do at a big music station apply to news/talk. Just because it’s news/talk and there’s no music doesn’t mean the station can’t be run tightly.”

As a veteran of the local radio scene going way back before the Morning Buzz days, Quincy is also the station’s tireless archivist and website man. The audio clips of old jingles he assembled from interviews are especially amusing and informative at the archive website wtmamemories.com.

In recent years, he’s focused mostly on fine-tuning the complexities and precision involved in radio production. It’s paid off. He joined The Morning Buzz as show producer in Oct. 2007.

On the air and in conversation, Morning Buzz host Richard Todd usually refers to his producer simply as “Q.”

“Q loves the behind-the-scenes stuff,” Todd says. “He’s the best producer I’ve ever had, hands down, and he’s added so many things to the show. I’ve never been happier. Having Q there has helped us take it to the next level. We’ve never had more listeners, and we’ve never had more viewers on Comcast C2. I have tons of autonomy, so it’s easy for me to be my own managing editor and talk about what to, and do it how I want to do it.”

June was a lively month for Quincy and the folks at WTMA as it celebrated 70 years of continuous in broadcasting the Charleston area, and 20 years in the news/talk format. (It switched to news/talk on June 1, 1989.) On June 15, Charleston Mayor Joe Riley proclaimed the day “WTMA Day” to commemorate the station’s 70th anniversary.

On Sat. June 20, a crowd of longtime listeners, fans, staffers, and current and retired WTMA on-air personalities — including Bob “Booby” Nash (one of the station’s more popular DJs in the late-’60s and ’70s) and Dan Moon (another beloved veteran from the 1980s and ’90s) — packed into the Three Lions Pub at Blackbaud Stadium for a bash celebrating WTMA’s earliest days transmitting from the top of the Dock Street Theatre, the years crammed into the small office building on Orange Grove Road in West Ashley, and its modern-day headquarters up on Faber Place Drive in North Charleston.

The Morning Buzz heavily promoted the station’s anniversary events. Todd and guest host Bill Sharpe, anchorman of WCSC’s Live 5 News (he got his start as a WTMA newsman in the early 1970s), reminisced with a slew of on-air callers and special guests from the station’s colorful past.

“I enjoy The Morning Buzz because it’s fast-paced, and there’s a lot to do,” says Quincy. “And I enjoy listening to Richard; he’s a really talented guy. He’s totally different from his predecessor, Dan Moon.”

Moon’s popular morning show started in 1989 (just a few weeks after Hurricane Hugo raced in from the Atlantic), and it continued through late-2003.

“I think Richard revitalized this station,” says Quincy. “He is the best morning host for the 21st Century you could ever expect to have. Dan was great. He did a fine job, and he was the trailblazer, but Richard adds a whole different thing to the show.”

In addition to the on-air production with The Morning Buzz, Quincy has plenty of work to do at the station — downloading specialty reports, editing weather reports, and arranging things within the automation system. “I’m not tryin’ to be the sidekick or a personality … I don’t want my own show, and I’m not trying to compete with him,” he says. “I won’t get on there and just talk for the sake of talking. We’ve worked so long together, we finally got it down pat. It’s Richard’s show, and I try not to say anything [on the air] unless I think I can contribute. I have a microphone, so I can chime in, but I can go the whole morning and not say anything, and that’s fine. I’m more concerned with the show just being produced well from behind the scenes.”

“Basically, the show is split up into two segments,” says Quincy. “The first couple of hours is more news and information, and those hours are pretty much identical. Then, the 8 o’clock hour is a transition where we switch from news to talk, and we open up the phones. We very rarely will take phone calls from listeners before 8 o’clock. At 9 o’clock, it’s pretty much straight phone calls.

“You can take 90 percent of all the other radio stations in this town … maybe even more … and there’s nothing Charleston about them,” says Quincy. “They would work, for the most part, in Atlanta, Boise, Sacramento, or Sarasota — they’d be exactly the same with the same kind of music. Even if AM radio goes away and onto the internet or whatever the next medium is, good local content will be there on WTMA. And it has to be entertaining.”

Fulfilling a role across various media is not a public service, but it certainly serves the public in a direct and tangible way. It’s reassuring that WTMA’s local programming is still accessible (for free) via the airwaves. The veteran station has also established new roles within new media, from local cable television to the world wide web.

“I predict that radio is going to change,” says Quincy. “Just as it was different 20 years ago or 40 years ago, it continually reinvents itself. It adapts for the medium. At WTMA, I don’t think we look at ourselves as a radio station. We look at ourselves as a content-delivery source. It’s like The Morning Buzz; sure we’re on AM radio at 1250, which is great, but we’re also on the internet at wtma.com, and, if you’re interested in audio quality, you can hear it static-free and it sounds like FM on the internet. We’re also on TV at Comcast C2, so you can watch what’s going on.

“Even though it’s AM radio, the company is still investing in top-notch talent that is compelling to listen to,” he adds. “They could very easily have given up and just made it 24/7 on the satellite, but they continue to make money and do real well. Advertisers are still finding that WTMA is a great investment, and it’s a great station, as far as demographics are concerned. We have to entertain and have compelling content,” he adds. “If you don’t have entertainment, talk radio is essentially public affairs, and that’s as dull as dirt.”