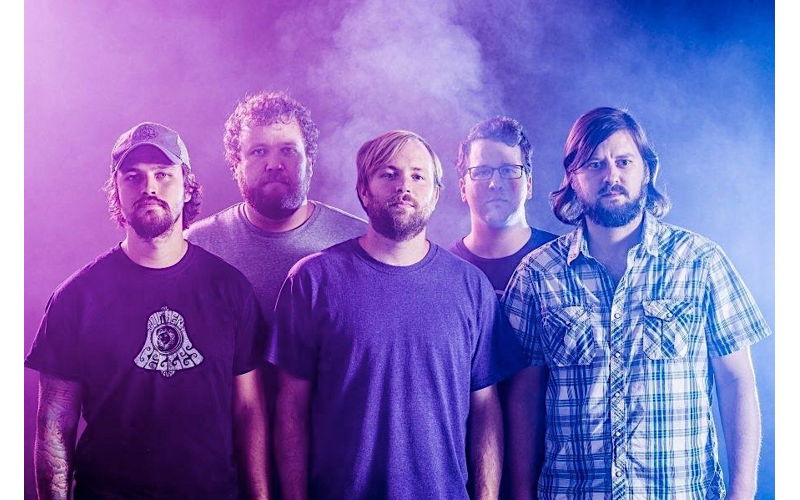 At the Co-Op market on Sullivan’s Island, everyone seemed to recognize Ryan Stasik when we walked in. That’s not surprising. Ever since the Umphrey’s McGee bassist moved his family to the area in 2012, he has immersed himself in the local community and culture. The same goes for the group’s thoughtful manager, Vince Iwinski, who transplanted himself to the Lowcountry around the same time. According to Iwinski, they have looked around for a special outdoor site where they could host a musical event, and show off Charleston’s beauty in a big way.

“Preferably it was going to be a place with a camping component,” Iwinski says, “because that’s the world we come from.” Through a series of conversations with both, it becomes apparent that the seeds for the Woodlands Music & Arts Festival were collectively planted by the Umphrey’s team long ago, and that finally seeing this idea in full-bloom over the coming weekend, is going to be a really proud moment for everyone involved.

It was actually after Umphrey’s McGee played the first Bonnaroo, back in 2002, that Iwinski and his cohorts began taking notes for a festival. The problem, as he sees it, is that, “Many so-called festivals end up being ordinary rock shows that are staged in an empty field or parking lot by promoters who live somewhere else and who are all too willing to subject attendees to very poor conditions overall.”

By contrast, the Umphrey’s team decided early on that the theme for their festival would be music, “community, conservation, and environmental protection,” and that it would be an immersive, multisensory experience for fans. To that end, the Woodlands Music & Arts Festival was designed to be populated by local vendors, artists, activists, and dancers, and to feature three nights of performances carefully curated by the members of Umphrey’s McGee.

As they were putting things in place, though, it became apparent that the basic framework would still need to be overlaid with a few important customizations in order to set it apart from an already saturated festival market, and to make it a travel-worthy event for Umphrey’s die-hard fans.

In an effort to “do some good,” the band and Friends with Benefits Productions have chosen to donate a portion of this year’s festival proceeds to The American Red Cross for disaster relief efforts. “As we know well here in the Lowcountry, hurricane season can cause any number of disastrous issues, and we feel it is only fitting that we take this opportunity to help those left in need because of it,” Iwinski said.

Then there was the matter of making full use of the venue itself. An abundant 6,000-acre nature reserve, Charleston Woodlands is home to 11 lakes, a black swamp, and an ample amount of wildlife, just outside of Charleston’s city limits. “I’m in awe that it exists and that someone had the wherewithal to keep it undeveloped,” Iwinski remarked.

The ground has proved popular in 2019 among the festival circuit, by hosting the return of Skinful Halloween and the Pour House’s inaugural Into the Woods festival.

“We are encouraging folks to bring bikes, kayaks, and fishing poles to this one,” says Iwinski. “Basically, we’re telling everyone that if you like music, and you like nature, this is the place to be all weekend long.”

In the end, Iwinski seems pleased to have found just the right environment for his pals in Umphrey’s to hold court, and he remains optimistic about this festival returning to Charleston Woodlands in the future. “My brothers in Umphrey’s McGee and I are taking this very seriously, and we are trying to do things the right way from the get-go, because we want a permanent festival home for the long run,” Iwinski says. “To be able to be involved with a project that is all about music-making and relationship-building, and that is also part of such an important long-term protection plan for the Charleston area is incredible. It’s a dream come true, really.”

Weekend Roundup: 25+ events going on in Charleston this weekend