Why Charleston is the place to eat right now 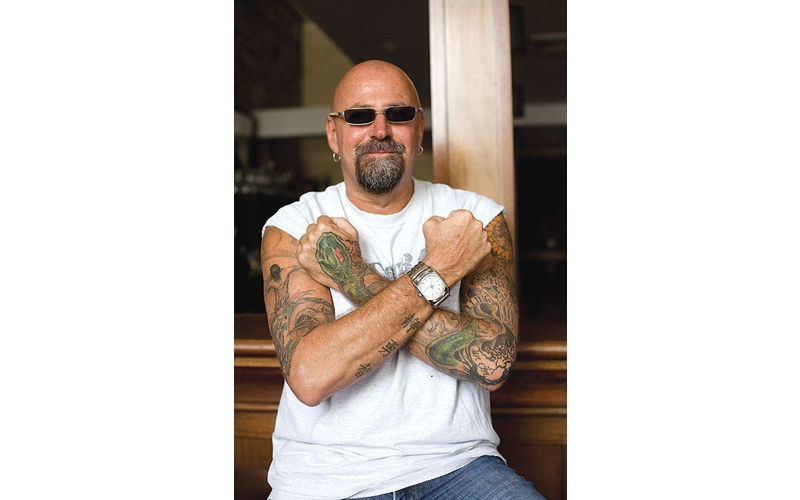 Over the past year, we’ve lost some dear old stalwarts and few restaurants have opened to replace them, but if you’ve followed the Charleston food scene, you have to be excited. Yes, the headline remains our continued dominance of the James Beard Best Chef: Southeast category — this year featuring a win by Sean Brock of McCrady’s — but a larger, more global shift has been taking place, and in the process it’s redefined the essence of what it means to cook and eat in Charleston.

To understand this shift, it’s helpful to identify what it is not, at least not anymore. Restaurants that in good times milked past success or banked on the steady flow of the tourist trade have grown more irrelevant in the critical sphere. And those who’ve hewn closely to a mythologized representation of “Lowcountry” cuisine have found themselves surpassed by the vanguard leading a surprising transformation of sorts. While the rest of the country begins to awaken to the benefits of locally grown, sustainable foodways, we find ourselves in an agreeable position.

Of course, guys like Mike Lata of FIG and Frank Lee of Slightly North of Broad must chuckle to themselves every time another menu around town focuses on heirloom tomatoes or line-caught sustainable seafood — they’ve been practicing this way for years. But our newfound reverence for local food has surpassed even their lofty aspirations. The guys at EVO were tossing out seasonally inspired pies before they were cool, and the Glass Onion could hardly operate if not for local shrimp, collards, and heirloom pork. Simply put, when the trend turned toward sustainable agriculture, Charleston found itself in the right place at the right time, with the right people already evangelizing for a return to the dirt. What was a fad of sorts became a redefining trend that changed our restaurant culture for the better.

These changes connect local diners to the experience of eating out in ways we’ve not seen before. This is not nostalgia for some communal enterprise based on a return to agrarian values. This is about flavor. While the environmental and sociopolitical aspects of local food occupy a prominent place in our community, ultimately, the trend means diners enjoy a more distinctive relationship with their meal. In an age that sees celebrity chefs born from reality-show elimination challenges, dining has become a participatory culture.

A few times a week, you can read a Twitter post from Mike Lata, usually describing the nightly special, some delectable morsel that’s crossing the kitchen door, a beautiful whole tuna or half a heirloom hog. Sometimes there is a picture, a visual offering of the catch before it is broken down and transformed into dinner, and sometimes Lata opens up his thought process on how to use the ingredient and what to pair it with. He’s not the only one using emergent technology to change our understanding of dining. Blogs and Facebook pages abound, and we follow the progress of Chef Brett McKee’s latest tattoo as eagerly as a new load of roe shrimp cooking down at Carolina’s.

In this brave new world, we have become participants in the daily lives of our favorite restaurants. We explore the cuisines alongside the chefs, peering over their shoulder and cooking vicariously alongside them. In this communication, they engender an interest in how food is treated and prepared, and if we decide that the fresh tuna at FIG will become dinner, then that interest is vested. We now demand that chefs treat our ingredients with respect, and we want to know about the fields, farmers, and fishermen from which they came.

All of this is not unique to Charleston. For sure, we have adopted these movements and helped to define them in concert with other leading centers of creative dining. But Charleston possesses a unique set of attributes that place it near the forefront of modern American cuisine. First of all, we have a rich cultural heritage that’s being preserved and rediscovered through heirloom seed-saving efforts, heritage crops, and livestock breeding. Carolina Gold rice and heirloom grits are only the beginning of what we can expect in the future. Secondly, we benefit from a fecund climate that, nestled alongside our active fishing fleet, provides a cornucopia of opportunities to source fresh, local products throughout the entire year. Finally and most importantly, we enjoy a camaraderie among our top chefs that more often results in friendly collaboration than derisive forms of competition.

This loose team of culinarians works together, staffing our local cooking schools and supporting charitable causes to create a demand for local food. In planting this seed, they ensure that Charleston’s cuisine isn’t merely chasing a fad. Instead, they have educated us all, making us aware of the importance of quality and provenance in sourcing our food, and they are taking us along on a journey of transformation that makes Charleston the place to cook and eat now.

Instead of sending chefs to other cities to train in famous kitchens, ours are now filled with aspiring apprentices. Farmers who used to send loads of produce to Columbia to be shipped north now withhold the best for local markets, and local heirloom animal production puts old-school pork and beef on dozens of menus across town. We have reawakened to the bounty of our environment, letting it inform our understanding of what Charleston’s culinary future might entail. It will be distinctive, to be sure, but we have fully moved beyond the cliché. No longer do we have just a collection of dishes. Now we have a style, one that cannot be collected and reproduced from afar. Indeed, it can only be fully appreciated right here, on the ground, in the heart of the Lowcountry.

A lesson in the art of bread making

An artisan is a craftsman, someone who produces handmade goods using as little machinery as possible. The goal for a craftsman is not making money or attaining a big, glamorous lifestyle. His goal is to deliver an honest product made with honest ingredients and intentions.

Crab cracks may be rare, but the blue crab gets plenty of attention

Pimento cheese remains a Southern staple, and for good reason