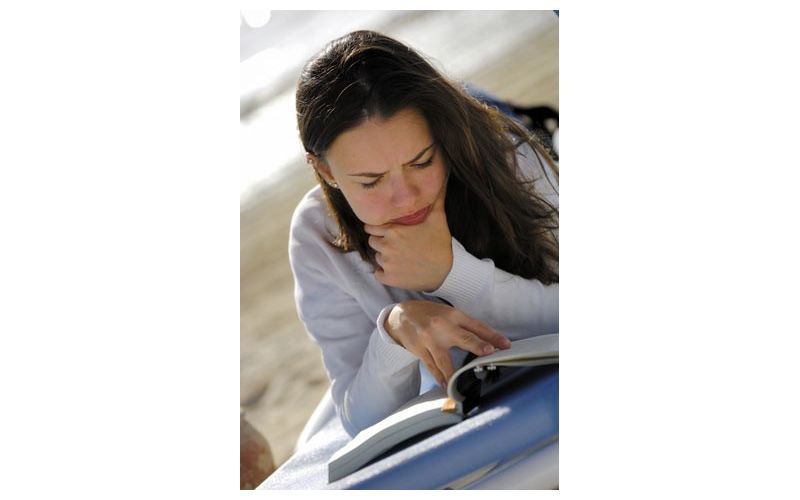 Forget playing in the surf or baking in the sun. The best thing to do at the beach is to kick back and spend the afternoon lost in a book. But don’t make the mistake of buying a novel that has a picture of an actual beach on the cover. Those books are not for you. They’re for landlocked Ohioans dreaming about their summer vacation in Charleston. Or at least that’s my theory. Because who finds an old beach cottage that romantic besides Midwestern landlubbers?

From Dorothea Benton Frank’s Sullivan’s Island to Mary Alice Monroe’s The Beach House, an entire Lowcountry beach genre has flooded the market in the last decade. And like horror fiction and chick lit and any other genre out there, the imitators are not quite the same as the progenitors. For every Dorothea Benton Frank, there is a Patti Callahan Henry. For every Mary Alice Monroe, there is a Sue Monk Kidd — or maybe I’ve got that backwards? It doesn’t really matter, because if you’re not a middle-aged woman who longs to live at the ocean and find her true self (or her true love), then you probably have no interest in reading one of these beach books. Here’s how to spot the genre, in case you’re easily fooled:

1) Cover Art: A sweeping picture of iconic beach life — a turtle nest, a dune, a beach cottage, a marsh — sometimes coupled with a pensive female figure, hair blowing in the wind, gaze averted, toe dipped in water … you get the idea.

2) Author/Heroine: A middle-aged three-named female novelist imagines what it’s like to be a middle-aged quirkily-named female living on the beach and coming to terms with divorce/children/lost loves or anything else that haunts middle-aged women.

3) Sweeping Prose: As Anne Rivers Siddons said about Patti Callahan Henry’s latest novel, Driftwood Summer, “The sea sings in every syllable.” This means that our aforementioned heroine spends a lot of time staring out at the dark void of the sea, or seeing her love interest/bastard son framed in the bright sunlight, or relying on people as dependable as sunsets and trying not to make waves.

4) Melodramatic Plots: Expect plenty of exposition to help get you acquainted with the main characters as they gradually get pulled into a gentle tear-jerker about their mothers and their divorce and those pesky turtle rescuers. Pesky, that is, until our heroine becomes a rescuer herself, a symbol of her evolving soul. The questions they wrangle with are always existential: Will her past define her future? Will she discover what matters most? Will she come to terms with her tortured history/husband’s death/mother’s wishes?

It will only take you a couple afternoons reading at the beach to finish one of these bittersweet confections, and by the end, you will either see yourself in Riley/Sloan/Marnie/Melanie/Beth or you’ll hurl your book into the sea, releasing it from your own misery.

A new sub genre has emerged in the escapist realm of romance novels: stories where you have two strapping, broad chests instead of one.