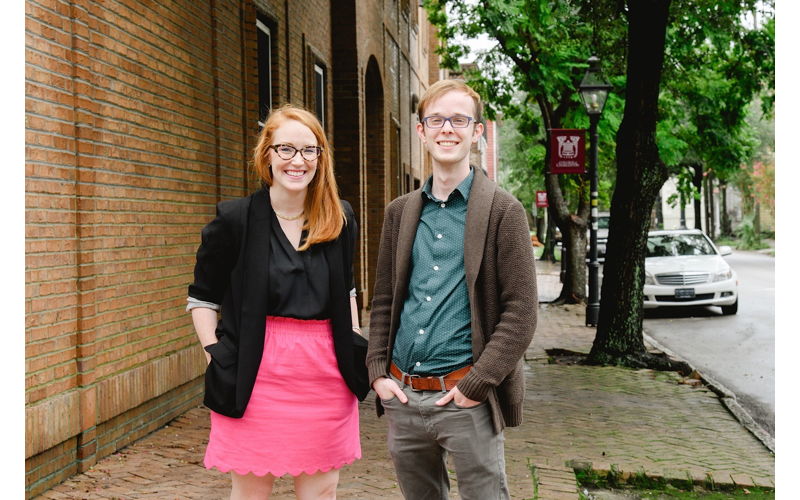 Down for the count

When Chase Glenn drove up to Spartanburg for a presentation of survey results in January, he didn’t expect to walk away quite so determined.

But the numbers hardly gave him a choice.

Of the 188 LGBTQ adults who answered, nearly 70 percent reported feeling “really sad or depressed for a long time,” half remembered feeling like they wished they were dead, and 45 percent actually thought about killing themselves. All within the past two years.

“Hearing those numbers I was like, “We absolutely have to figure out a way to do this,'” he recalled.

Glenn, who serves as the executive director of the advocacy group Alliance For Full Acceptance, soon began looking for partners and securing funding for the first survey solely dedicated to assessing the needs of Charleston’s LGBTQ community.

About 2.9 percent of the population identifies as LGBT in South Carolina, according to UCLA’s Williams Institute, which uses data from the Gallup Daily tracking survey to estimate LGBT populations nationwide. That small segment is seven percent more likely to be unemployed and eight percent more likely to make less than $24,000 per year than the non-LGBT population. Regionally-specific data is hard to come by, but that might change soon.

The Charleston-area questionnaire went live on Thurs. Aug. 2, and administrators hope to gather anywhere from 1,000 to 1,200 individual responses from lesbian, gay, trans, and queer adults in Berkeley, Dorchester, and Charleston counties. The project is primarily funded by the Weston Milliken’s Freeman Foundation, philanthropist and prominent Charleston Democrat Linda Ketner, and MUSC.

Ali Titus, the director of the Community Assistance Program at the College of Charleston, is as excited about this series of questions as one person can be. Sitting next to graduate assistant Nicholas Mercer in a second floor office on the CofC campus, both talk about how heartening it was to help design the survey as part of a collaborative and unified effort.

The Charleston-area survey is based on a 2012 assessment done in Chicago as well as on the Spartanburg survey, which is itself a model of another assessment from Birmingham, Alabama.

“There’s a lot of reciprocity, and I think it really spoke to something that’s even bigger than us,” Titus said. “It’s more of a movement happening in the country.”

That movement has taken hold as more and more people are awakened by the findings. Those standing at the intersection of various identities — gay people of color, aging trans folk, and lesbians living in rural areas — have lived the realities of compounded marginalization since the dawn of time, but hard data is one of the most effective ways to get outsiders to notice which resources could improve their lives.

“It makes sense that more marginalized sections in our community are experiencing more discrimination,” Glenn said. “Beyond that, we don’t really have any data to back up claims like that.”

The Charleston-area survey is intended specifically for LGBTQ adults 18 and over. It asks typical demographic questions about age, race, and county of residence before delving into issues such as access to health care, interactions with law enforcement, workplace discrimination, experiences with organized religion, and history of sexual abuse or violence.

Glenn argues that such data can be critical in driving favorable policy and ensuring federal and state dollars for essential services. Approaching mayors, council members, senators, and agencies with easily understandable statistics is key in improving LGBTQ quality of life, he says.

“It’s much better to come with data than it is to come with anecdotal stories that you’ve heard,” Glenn said. “Those are important too, but having the data to back it up is when folks kind of stand up and pay more attention.”

The survey results, along with a report written by CofC political science professor Dr. Jordan Ragusa, are expected by early 2019.

Meghan Maury, a policy director at the National LGBTQ Task Force in Washington, D.C., has noticed an uptick in the number of surveys and counts conducted by local organizations.

“The needs assessment that communities have run have really challenged the primary narratives about the LGBTQ community in ways that are helpful,” Maury said.

A lapse in interest by the agency in charge of the most official count in America, the U.S. Census Bureau, could be to blame.

During the Obama administration, at least four federal agencies asked the bureau to add questions about sexual orientation and gender identity (SOGI) to the American Community Survey, a yearly survey of 3.5 million housing units in America that determines how more than $675 billion in federal and state funds are distributed.

The Department of Justice, now headed by Attorney General Jeff Sessions, withdrew its request for SOGI data in March 2017, according to a letter sent to Sen. Kamala Harris of California by acting Census Bureau Director Ron Jamin. The three other agencies who asked for the data — the Department of Housing and Urban Development, the Department of Health and Human Services, and the Environmental Protection Agency — never followed up, and the Census Bureau stopped considering the questions in March 2017, according to NPR.

“It was certainly a setback,” said Maury. “But I think one of the silver linings of the administration’s nefarious actions is that it brought a lot of attention to this issue that might not have been there otherwise.”

Last week, Sen. Harris and Sen. Tom Carper of Delaware introduced the Census Equality Act, which aims to include questions about gender identity and sexual orientation in the ACS by 2020 and in the decennial census by 2030.

“The spirit of the census is that no one should go uncounted and no one should be invisible,” Sen. Harris said in a statement. “We must expand data collections efforts to ensure the LGBTQ community is not only seen, but fully accounted for in terms of government resources provided.”

While the census issue plays out between buildings in Washington, local efforts are left to pick up the slack. Mercer, the graduate assistant who helped with the survey’s design, says he’s “cautiously optimistic” about the outcome of the Charleston-area survey.

“The sky is the limit as to things that could come out of it,” he said. “It’s my favorite part of this project. We don’t know what our unique needs are and this is a good opportunity to figure that out.”