What If? Productions has shows, will travel 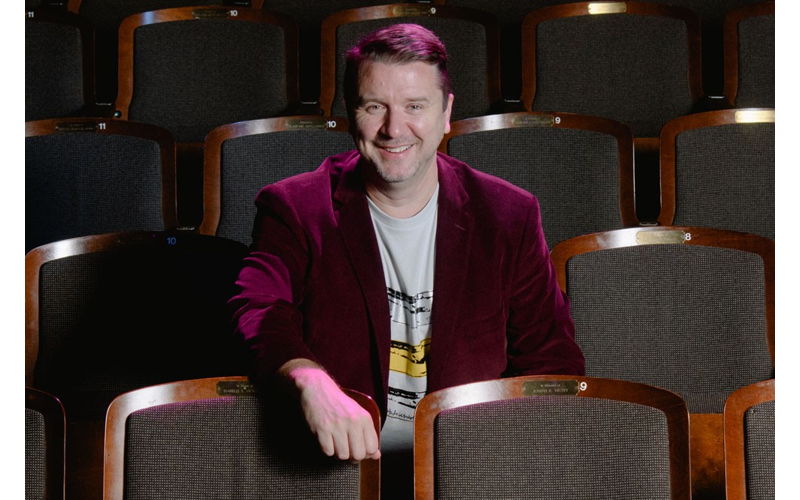 Sometimes it’s all about the pivot. When it comes to inspired stage action, it could be a swift, surprising turn of events. Maybe it’s one revelatory shift of focus from stage left to right that prompts a collective gasp. Such dramatic fancy footwork can also apply to making theater. In a place like Charleston, with rents rising as perilously as the flood waters, there are no guarantees that this year’s niftily tricked-out black box won’t be swept away with the swell of development.

In light of this, theatermakers here would do well to hone the art of the quick change. Take the perennially pivoting What If? Productions. For the past eight years, the intrepid, itinerant company has given new meaning to flying by the seat of the pants, scaring up new venues, scheming up new programs, and always keeping us guessing. After all, come hell or high water, the show must go on.

“As anyone can see, development of downtown has expanded at such a rapid and rabid pace that producing in Charleston is becoming incredibly expensive and not friendly to small non-profit arts groups,” says Kyle Barnette, the company’s founding artistic director, who has propelled his company by near constant movement.

Since its inception in 2010, WIP has engaged in more theatrical house-hopping than the fiddler on the roof. From its early years, the company has staged works on every available stage, among them the American Theatre, Theatre 99, performance space at 477 King St. (before it was the home of PURE Theatre, who vacated this summer after landing a sweet spot at the future Cannon Street Arts Center), to name a few.

“Going mobile certainly allows you to feel out other locations for future homes but also forces you to think in a different way when producing, planning, and executing a season of theater,” says Barnette.

Though What If?’s website now bills 84½ Society Street, or Threshold Repertory Theatre, as its “current permanent home,” circumstances dictate that the company remains on the fly. The two groups must juggle runs in ways that require What If? to regularly seek other venues.

“We do have a semi-permanent home at Threshold,” says Barnette, “but we also wanted to see what it would be like to select shows that we could pick and take anywhere if the need arose at the last minute.”

So What If? veers vagabond regularly, presenting shows during those conflicting times at spots like the College of Charleston Chapel Theatre, City Gallery at Waterfront Park, and the Schoolhouse in West Ashley. “Just in the past six months we have done the same show in four different locations in Charleston,” says Barnette.

In large part, they succeed in doing so by traveling light. Though they may have outsize ambition with edgy productions like famously phallic Hedwig & The Angry Inch or the cheekily Chekhovian Stupid Fucking Bird, they forgo outsize set dressings and lavish fly systems.

“We have always aimed to be minimal in our approach to theater, both by means of necessity and by our own choice,” says Barnette, who says the company plans to strike a similar vibe throughout the ninth season, perhaps even more so than in seasons past.

The season is already in full swing, having launched in July with the world premiere of playwright Paige Zubel’s A String Between Man & The World, which was mounted at the College of Charleston Chapel Theatre. The work was the winner of What If’s 2017 Playwrights Competition, a canny move that ensures new work comes to local audiences, while also cultivating the Charleston theaterscape as a breeding ground of new productions.

And What If? moves in other ways, too. Two years ago, the company began producing the WIP Piano Bar Series, a consistent hit with local audiences that makes use of dark houses and local talent without the more considerable demands of a full-scale production. In December the company will bring back the popular holiday cabaret, Holiday Mixtape, and another show is in the works for the spring of 2019. As its spare set up makes the show particularly portable, it will take place in more than one location.

Up next, in September, is the two-man musical Gutenberg! The Musical!, an off-Broadway hit from 2006 that originated at the Upright Citizens Brigade Theatre. “It’s wildly inventive and very funny,” says Barnette, adding that the minimalist-style musical lends itself to taking on the road, and the company is set to do by taking it to the Flowertown Players’ The Annex in Summerville, where the Flowertown Underground performs.

“I would say Gutenberg is going to be something audiences around here have never seen before,” says Barnette. “It’s sort of a behind the scenes look at the concept of theater but is also so generally accessible it will appeal to anyone who really enjoys great comedy and timing.”

The season culminates at the Footlight Players Workshop with Hair, a show Barnette characterizes as close to his heart and that next spring celebrates its 50th anniversary. “With the climate of our country’s political system right now it seems like as good time a time as any to bring it to Charleston,” says Barnette.

And what will the future hold for this roving band of performers? Site-specific productions may well be in the offing, sending the company further afield by leaving traditional venues altogether. “I do have a couple of ideas in mind I’m hoping to work on possibly next spring that involve some very short scenes from a couple of my favorite playwrights,” says Barnette, adding that the project may involve a partnership with another company. “I don’t want to give too much away though,” he demurs. “Otherwise where is the surprise?”

Wherever they land and whatever they tackle, it remains business as unusual for the scrappy, game crew at What If?, who will continue to stage hop, swap it out, and remain fantastically up in the air. “From one week to the next the uncertainty is a little unnerving, especially if you are a theater without your own building,” says Barnette.”But that has never stopped us before and it certainly won’t now.”