What Haunts Us is an invitation to break the silence 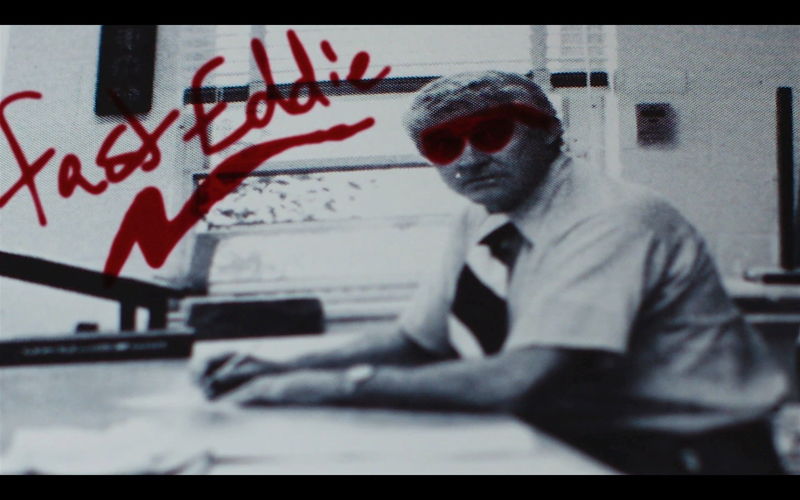 When it comes to the parental units, life gets in the way. Somehow, some way we don’t get to see each other as often as we should. Many, many people have the luxury of using the “we live X amount of states and or miles away” excuse for not seeing their folks on a more consistent basis. Some people don’t. In fact, some people have no excuse whatsoever when they live not only in the same state but the same town. The person typing these words lives a mere 3.5 miles away from the two people who made him. He loves those two almost as much as he loves Gremlins 2: The New Batch. They’ve taken him to see, begrudgingly mind you, every life-affirming film on earth. You know your dad loves you when he’ll sit in a darkened theater with you and watch Brad Dourif transfer his soul into a red haired doll named Chucky. You know your mom loves you when she’ll watch Mark Hammill do super yoga with a guy named Yoda on a school night. Once access to like-minded friends with wheels occurred, seeing movies with the folks went from constant to almost never. Honestly, I’m not sure I would even want my folks attending a screening of Bio-Dome with me. Something seems off about that. I think the last time I saw a movie with Mom and Dad, was Paul Feig’s The Heat. I laughed a lot. I think they did too. At least I hope they did.

But last week a last minute decision led me to take my parents to the Terrace to see What Haunts Us — a documentary by Porter-Gaud School alumna Paige Goldberg Tolmach that recounted the legacy of Eddie Fischer, a teacher who later confessed to sexually abusing at least 39 boys there and at other schools.

I sat in the lobby clutching my paper tickets into a crumpled mess, looking for them. There was a showing at 4:10 p.m. It was 4:04 and the place was packed. My parents, like most people I know, have a cursory interest in movies. They don’t have rigid Felix Unger-esque guidelines for their films or the film experience. Normally I’m fine with that but it just turned 4:06 p.m. and all I could think was, “I swear to Steven Speilberg, if we get in that theater and I wind up sitting in the front row staring up at the screen, I’m going to kill them.” No sooner did I finish having an internal nerd-fit, then they showed up, Mike with a grin and Debbie with a smile.

“Don’t you two start that,” Mom said with a quick eye roll.

I should probably mention that me and Dad have a thing where we talk in Elmer Fudd sentences. I should also mention that we usually do this to annoy Mom, a person who doesn’t dig cartoons. In our childish defense, levity was needed since we were about to see a movie that, as Charlestonians, we’re tangentially tied to.

Much to Mike’s chagrin, I led them past the concessions stand and right into theater No. 5. “Sorry, homeboy but you blew it. You and Debbie should’ve gotten here 30 minutes earlier. Maybe then you would’ve gotten your damn Reese’s Peanut Butter Cups and popcorn and Diet Coke!”

That’s what I would’ve said if I had the Lee Marvin-sized huevos to speak that way to my dad.

When we walked in, the only available seats were in the very front row. I knew it would happen.

“Oh look! We got the best seats in the house! Now we can watch a movie and get neck cramps!”

Is what I would’ve said if I didn’t worry about the potential Joan Crawford-esque wire hanger retribution my mom could rightfully visit upon thee.

As we sat down, the lights dimmed and the film began soon after. It was an odd feeling. It was odd because the film in front of us was about a dark chapter in Charleston’s history. A lot of people had heard “things” about Eddie Fischer. It was usually written off though. Now in front of us was a revisiting of the moment a blind eye was turned. We were now watching a condemnation of our societal complicity. It wasn’t comfortable. It wasn’t fun. It was needed though. I muttered “whoa” so many times during the screening of What Haunts Us, I started to sound like Neo after taking a Wachowski pill. Perhaps it was more eye-opening because it was so much closer to home. It seemed to have the same effect on my parents and the audience at large judging by the gasps I heard. What we were watching was powerful stuff.

When the lights went up and the credits rolled, people slowly and quietly shuffled out of the theater. I glanced behind me. A woman had her head buried in her hands, visibly shaken by the film she saw. She slowly pressed her face, flushed in tears, against her partner’s shoulder for support. It was something I don’t think I’ll ever forget.

It was then that we did something I’ve never done with my parents before. We had a meal and discussed the film we saw. Movies rarely stay with my folks after the story has ended but there I was, a son talking with his parents about a movie. We’ve never had a post movie discussion. What would there have been to discuss in the past? What exactly were the economic implications of little green creatures tearing up Kingston Falls? Was Marion Ravenwood really desirous of Indiana Jones or was she just looking for a recess from her boring bartender job?

Whether it be proximity of the subject matter, the film’s structure on a whole, or both, it had stayed with them. They liked it. I think Mom had a minor quibble regarding What Haunts Us‘ animation sequences but even then she chalked that up to her aforementioned dislike of cartoons. From there we talked about Charleston’s legacy, the Porter-Gaud tragedy, and how the film drove home the theme that silence equals complicity.

A couple weeks ago, when I interviewed Tolmach for a cover story, she repeated the phrase, “Why aren’t we talking about this?”