What about the gay Republican vote?

Glimmers of hope for equality in the S.C. GOP primary 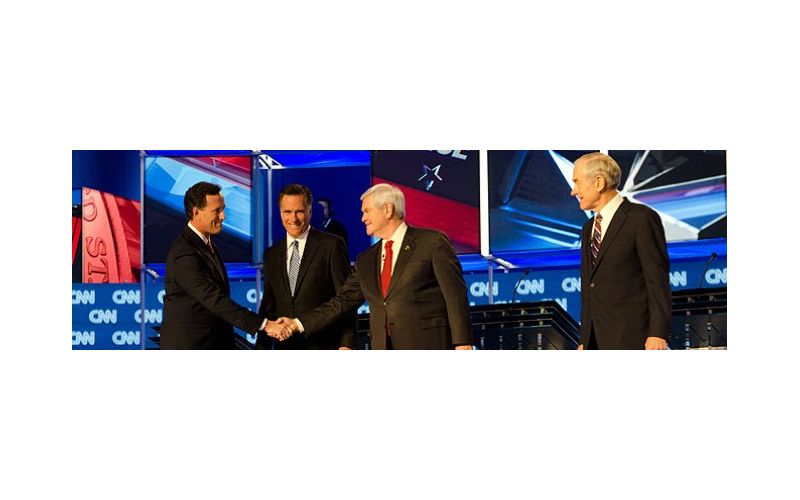 Shortly after the Jan. 10 New Hampshire GOP primary, while candidate tour buses and cable TV news trucks were beating a path down I-95 to South Carolina, Jeff Inglis, the managing editor of the Maine alt-weekly Portland Phoenix, left a voicemail at the City Paper office. He wanted to talk about Mike Heath, a major figure in the Ron Paul campaign who he said was known from his decades in the Pine Tree State as a “rabidly vicious anti-gay hatemonger.”

Heath, who Paul hired to direct his efforts on the ground in Iowa, does not appear to be involved with the campaign in South Carolina. Still, Inglis says, the hiring choice represents an odd inconsistency in Paul’s otherwise staunch libertarian ethos.

“It’s interesting to me, in terms of Ron Paul’s get-government-out-of-people’s-lives philosophy, to find that it’s really ‘except in their bedrooms,'” Inglis says. He posits that, if Heath had been hired to run Paul’s campaign in Maine, it would have made front-page headlines there.

Heath once headed up the Christian Civic League of Maine, a social-conservative organization that actively opposed gay-rights legislation and referenda. In 2004, he e-mailed supporters asking them to send in “tips, rumors, speculation, and facts” about the sexual orientation of state political leaders, according to the Portland Press Herald, which called the request a “modern-day witch hunt” in an editorial. “We are, of course, most interested in the leaders among us who want to overturn marriage, eliminate the mother/father family as the ideal, etc.,” Heath wrote.

In March 2010, after 14 years at the helm, Heath stepped down from the Civic League, which had by then changed its name to the Maine Family Policy Council. Inglis says Heath, who once made headlines simply by opening his mouth, had eroded his own credibility.

“He actually ran the Christian Civic League out of money because he was so outspoken that he became a lightning rod,” Inglis says. “No one would give them money, even people who agreed with him … Even radical right-wing lunatics would look at him and go, ‘Really?'”

In the South Carolina Republican primary contest, marriage equality and gay rights have not been prominent issues. There have been protest actions, including the statewide campaign of LGBT couples applying for marriage licenses and the glitter-bombing of Rick Santorum’s stump speech at the foot of the Arthur Ravenel Jr. Bridge on Thursday, but otherwise, the only mentions have come in the form of Santorum’s “faith, family, and freedom” talks. Warren Redman-Gress, executive director of the Charleston-based Alliance For Full Acceptance, doesn’t see many glimmers of hope in the GOP. The only time he ever voted for a Republican was when the openly gay David Schwacke ran for Ninth District Solicitor in the 1990s.

“The only person who gave a spark of hope for the LGBT community in the sense that he was going to be hands-off on the federal level was Ron Paul,” Redman-Gress says. He sees the other candidates’ support for the 1996 Defense of Marriage Act, which defines marriage as being between a man and a woman, as a sign that they are not interested in the cause. At one point, he says, Mitt Romney seemed like another viable option. “My sense is he would allow the country to move forward,” Redman-Gress says. “But he’s being pushed into a corner by people who say, ‘You’ve got to come out against gay rights.'”

So who’s left to stand for the equal-rights Republicans? A May 2011 Pew Research Center report showed that 40 percent of Republicans said homosexuality should be accepted by society, and 43 percent of libertarians favored the legalization of gay marriage. Enter the Log Cabin Republicans, a group of conservative, moderate, and libertarian Republicans pushing to make gay rights part of the national GOP platform. Executive Director R. Clarke Cooper, an Army Reserve captain and former United Nations delegate under the George W. Bush administration, says there are more inroads being made in the Republican primary than are initially apparent.

“The nuance gets lost in the cacophany of the debates,” Cooper says, but most of the frontrunners have taken conservative stances that are at least partially in favor of equality. Romney, Paul, and Newt Gingrich have consistently stood against employment discrimination, and Romney has said he won’t revisit “Don’t Ask, Don’t Tell” as the standard for gays and lesbians serving in the military. Paul was one of only five Republicans to vote for the repeal of DADT in 2010. Gingrich told a crowd of social conservatives that he was fine with gay teachers in public schools.

“Even Michele Bachmann, when pressed, said that if a state chooses to enact gay marriage in their state, that’s their state right,” Cooper says. Cooper sees a shift in attitudes about the Defense of Marriage Act, exemplified by Bob Barr, the Libertarian Party’s presidential candidate in 2008. Barr was the author of DOMA, but he publicly recanted in 2009, saying that the law represents “one-way federalism” in that it “protects only those states that don’t want to accept a same-sex marriage granted by another state.”

“Not only was it a bad idea, not only does it hurt people, but it’s also anti-conservative,” Cooper says.

The Log Cabin Republicans have a statewide chapter in South Carolina, and David Schwacke is counted among their numbers. Cooper says the national party doesn’t endorse presidential candidates in the primary, waiting instead for the November election before announcing its selection. Still, he says Jon Huntsman would have been a strong option if he had stayed in the running for the Republican nomination.

“You talk about a viable candidate who was strongest as far as being assertively clear on equality measures,” Cooper says. But the Huntsman campaign fizzled out in New Hampshire, and the former Utah governor put his support behind Romney.

The story of a more recent campaign dropout, Texas Gov. Rick Perry, serves as a cautionary tale for Republicans who would court the social conservative base at the expense of defending civil liberties. The younger Republican voter is “agnostic, at best supportive” on equality issues, Cooper says, and Perry’s now-infamous “Strong” campaign ad might just have been his Waterloo.

“I’m not ashamed to admit that I’m a Christian,” Perry said in the ad, which has been ruthlessly parodied by a legion of YouTube spoofers, “but you don’t need to be in the pew every Sunday to know there’s something wrong in this country when gays can serve openly in the military but our kids can’t openly celebrate Christmas or pray in school.”

Cooper talks about the ad the same way Inglis talks about Mike Heath’s gradual fall from grace in Maine: He went too far, and he alienated even the people who agreed with him in principle.

“The reality was his tack had such a negative reaction that it proved what we’ve been saying, that such divisive tactics are not good politically,” Cooper says, adding that the remaining candidates are smart enough to know not to follow that path. “Politics is about addition. They need to not isolate a certain population of Americans. That’s not new. That kind of math is as old as politics.”

A previous version of this story incorrectly stated that the Log Cabin Republicans do not have a South Carolina chapter. We regret the error.