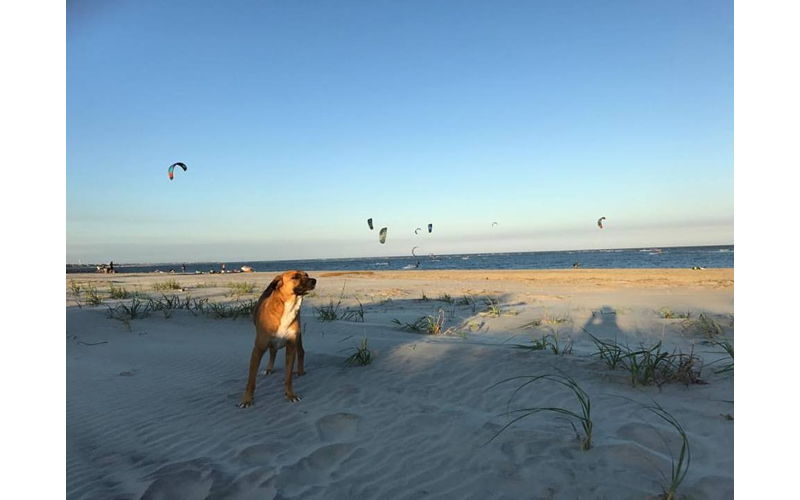 With September starting this Sunday and Labor Day being this Monday, there is a lot to do in Charleston this weekend. And we mean A LOT. Especially if you are lucky enough to have your extra-long long weekend kick off as early as Friday morning. Don’t get left behind, find out all the fun stuff going on and where to get a bite, grab a drink, and enjoy the long weekend.

Time to clear your head and let go of that negative energy. Salt Spa & Yoga is leading Black Moon Soundbath, a guided meditation with live instrumentals for $25 starting at 7 p.m., bring your yoga mat or blanket.

Shop the night away at the Daniel Island Night Market with over 30 local vendors, amazing food trucks, and live music starting at 5 p.m.

Support homegrown talent at the Harley Party featuring the Harley Boys and DJ Tantrum at the Music Farm. Tickets start at $20 and the party starts at 9:30 p.m.

[content-4]
Make your way to Kiawah with your blankets and chairs for Freshfields Village Music on the Green Series. Diverse Groove will be providing the tunes from 6-9 p.m., and Wine Bar & Kitchen will have wine and beer for purchase.

Missed out on the laughs on Thursday night? Join Pineapple Tour Group for their Charleston Comedy Bus starting at 7 and 9 p.m. Tickets are available for $30 for ages 21+.

Stop making sense at the Charleston Music Hall’s double feature of David Byrne’s films True Stories and Stop Making Sense starting at 6:30. Each movie is $8, with a pass for both films available for $10. [content-3]
Cheer on the Cougars at TD Arena as CofC Volleyball takes on Stanford at 7 p.m. The game is free and open to the public, no tickets required.

Sip some wine, paint a masterpiece. Join For the Love of Art for their Paint and Sip Class: Path to the Park event starting at 7 p.m. The event is BYOB, but they will provide the art supplies, including a 16×20 canvas you get to take home.

Join Saltwater Cycle for a late night cruise with fireworks on the Ashley River starting at 9 p.m.

Get bendy at Yoga on the Square at Marion Square starting at 9 a.m.

Then stay for the Charleston Farmers Market, also in Marion Square until 2 p.m.

All you can eat hot dogs and bottomless drinks? You get an entry to the Catalina Lime Mixer event and the RiverDogs game, $15 for the first 100 people to sign up and $25 after the first 100 sell. Starting at 6:05 p.m.

[content-1] Chill out, hang ten, and enjoy a night of surf films for Surf in the City at Charleston Music Hall. They will be featuring Nathan Fletcher’s film Heavy Water at 7:30 p.m. for $10.

Find out who will take the crowns at Charleston Pride’s Empress and Emperor Pageant at 8 p.m. Tickets will be sold for $10 at the door.

Cutty’s will be hosting their monthly Night of Drag, Bingo, and More with live performances from Charleston’s best drag queens at 9 p.m.

Keep the shopping spree going at Charleston City Night Market with over 100 artisans from the area between 6:30-10:30 p.m.

The Grand Bohemian Hotel and Oblique Magazine are hosting The Mad Hatter Brunch with a buffet, signature cocktails, and pop up vendors. Tickets are $20, which includes two complimentary mimosas, and the event starts at 11 a.m., but you can add $10 to your ticket and get a pre-brunch workout in at 10 a.m.

Jam out at the Lowcountry Jazz Festival at 7:30 p.m. with The Sax Pax, Richard Elliott, Peter White, and more. Tickets start at $68 and proceeds will go to Closing the Gap in Health Care Inc.

After your brunch, take a stroll to the Halsey and check out their new exhibits, ‘Over There and Here is Me and Me’ and ‘Linked.’ The Halsey is open from 11 a.m. to 4 p.m. and is free to enter.

Check out PURE Theatre’s Last Rites, a play about the Detroit riots. The show starts at 7:30 and tickets are $35.
[content-5]

Get out your sweat bands and spandex for the ’80s Bar Crawl on King Street from 2 to 10 p.m. A portion of the ticket price (starting at $25) will benefit the Charleston Animal Society.

Get some brunch and shop some local vendor goods at the Pour House’s Sunday Brunch Farmers Market from 11 a.m. to 3 p.m.

Catch The Minks at the Royal American starting at 9 p.m. for a $5 cover.

Celebrate the return of football at Smoke ‘N’ Brew, where they’ll have football, live music, corn hole, and beer and wine.

Head to the Tin Roof for the Get Up! Sit-down comedy showcase, hosted by Shawna Jarrett and featuring a bunch of great local comedians at 7 p.m.