Weekend Roundup: 24 things to do in Charleston this weekend 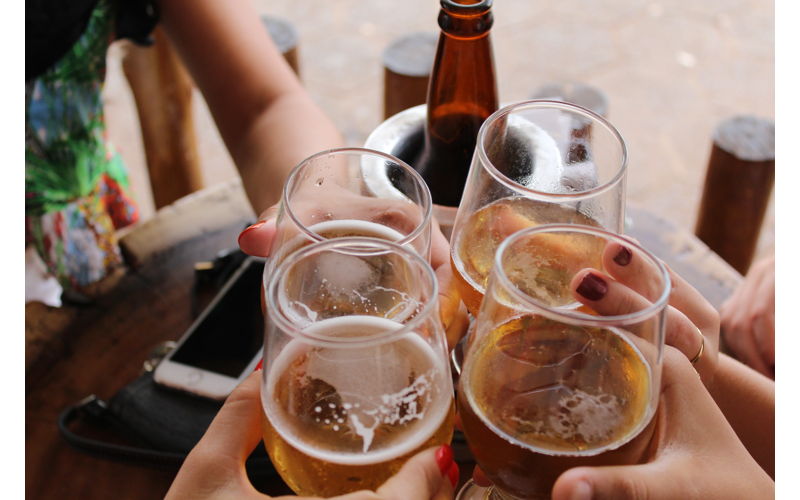 Things to do in Charleston this weekend, Aug. 16-18

It is officially the last weekend of summer break before school starts. If you (or your kids) are starting school on Weds., be sure to check out our back to school guide. Whether or not you’re jumping on the bus next week, here’s what to do this weekend.

Get your giggles in at the James Island County Park and help raise money for Pet Helpers. Raise the Woof features Sid Davis and tickets are $25.

[content-2]
“It’s an illusion, Michael.” Be wowed by Reza, an illusionist known for casual feats like making motorcycles appear out of thin air, at the Charleston Music Hall starting at 7:30 p.m. Tickets start at $35.

If you’re not into illusions, and more into girl magic, head to Itinerant Literate from 5 to 9 p.m. for Feminist Magic, an artisan market that supports local nonprofits.

There must be something ✨ magic ✨ in the water this weekend because it is also the grand opening of Holy City Magic, Charleston’s own magic parlor. Tickets for the grand opening shows start at $25. [content-3]
Upscale Firesale will be at Park Circle’s South of Broadway Theatre starting at 8 p.m. for your dose of stand-up comedy. Tickets are $15 at the door.

Enjoy local beers and learn more about our local wildlife at the South Carolina Aquarium’s Beer from Here event, from 7 to 10 p.m. Tickets are $45 for nonmembers.

Help raise money for the National Cervical Cancer Coalition at Save the Vajayjays this weekend at Chateau Experience from 11 a.m. to 4 p.m. The bike and car wash fundraiser will have giveaways, raffles, and 2 Fat Olives food truck will be there to feed the masses.

Enjoy some soul-jazz, cocktails, and food at the Blue Note Bistro for Benny Starr’s Mo’ Better Brunch. The fete tarts at 1 p.m., tickets are $15 at the door.

[content-7]
Catch the last performance of Woolfe Street’s Need to Know at 7:30. Tickets start at $15.

Enjoy eclectic music and local art and help promote gender equality at the three day festival Everybody’s Got Nipples, starting at 5:30 p.m. Tickets are $30 and the location is given once you’ve ordered your ticket.

The Ballpark Festival of Beers is back at the Joe. Pay $45 to sample 18 different beers from 100 different breweries and enjoy live music and food trucks from 7 to 10 p.m. – POSTPONED

What is better than beer and comedy? Enjoy both at Jokes at Two Blokes starting at 9 p.m. for $10, featuring Jenn Snyder and Keith “Big Daddy” Dee.

If you have been eyeing something sparkly, you’re in luck: Croghan’s Courtyard Sale is from 9 a.m. to 12 p.m.  [content-5]
Pretend it’s 1969 at the Pour House for the Woodstock 50th Anniversary show starting at 9 p.m. Tickets are $15 at the door.

Drink beer and eat good food at Chefs Who Like Beer at Holy City Brewing. Starting at 5 p.m., try bites from some impressive chefs and enjoy AYCE food for just $25.

If you’re not into beer and more into wine, the Charleston Summer Wine Festival is at Memminger Auditorium starting at 6 p.m., where there will be more than 50 wines to try, beer, live music, and a DJ for $60 on the day of.

It’s the last day to see Black Righteous Space, so catch the interactive video art at the Gibbes from 1 to 5 p.m.

After checking out Black Righteous Space, go upstairs and see the Black Refractions exhibit from the Studio Museum in Harlem.

Enjoy some brunch and a drag show at the Divas on Tap Drag Show at Edmund’s Oast starting at 2 p.m.

[content-6]
Catch the premiere of the Charleston-filmed Righteous Gemstones on HBO at 10 p.m.

The City Paper Back to School guide for all grades