Weekend Round-Up: You’ve got it Dude 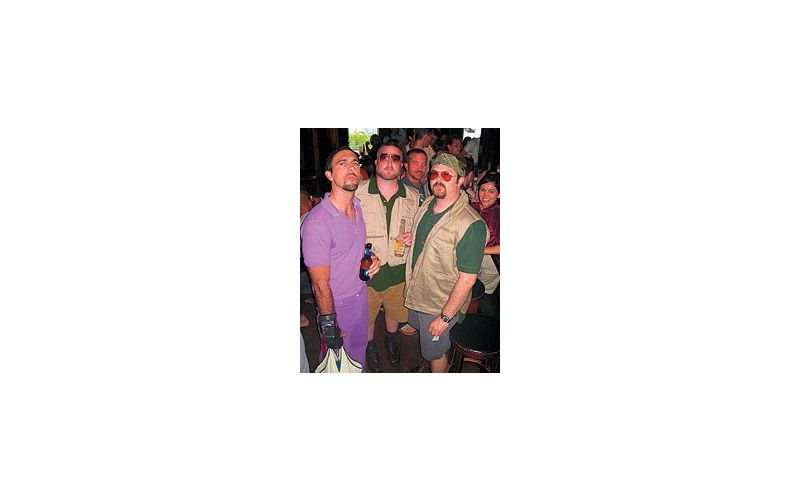 The best events in Charleston, June 17-19

Oh gosh. Spoleto’s over. I don’t have any plays to see or Cistern shows to crash. Whatever am I supposed to do now?

Um, plenty, obviously. This is Charleston, after all.

Carifest continues with the masquerade fete, a carnival street parade, and a grand finale, which this year honor the Dominican Republic.

There’s two visual arts openings to ease that Spoleto withdrawal: With.In: A Collection of Still Life and Ceramic Works and Past, Present, and Future.

Break out your hot rod (because we’ve all got one, right?) and head to the Car Pros Plaza Grand Opening.

Haven’t heard of Coleman Point Village? It’s newly named, but it’s entirely possible you live there, and they’ve already got their own art and music festival, hosted by the Square Onion Too, Earthly Artifacts, and Awendaw Green.

Bust some ghosts at Dead Time in the Jail, a special hunt with Bull Dog Tours and Karen Marr.

Read All About It sounds pretty cool, what with the stand-up comedy, live music, local art, slip ‘n’ slide, and all, but it also has free pizza, and that’s all I need out of anything in life.

This Saturday’s round of Shaggin’ on the Cooper features the Ocean Drive Party Band.

Get some inspiration for bathroom redecorating at the Through the Looking Glass Art Festival, where more than 30 artists have created art on shower doors.

The Family Circle Tennis Center hosts a launch party for World TeamTennis. We hear there will be food trucks.

We doubt that you could ever get tired of the Bud Light Lime Bikini Bash. Or, for other bikini options, there’s the Bikini Blues Bash.

Dude. People just can’t get enough of the Big Lebowski. Break out that purple jumpsuit for Madra Rua’s celebration.

Tonight is the last reception for Art For Charity. On Saturday, Redux has another Open Studios, which ends with Babylips’ tape release party.

Why am I only now hearing there’s a Vinyl Swap at the Tin Roof? I’ve got a pretty good copy of Technotronic’s "Pump up the Jam" that I could easily get rid of.

Fresh off a U.S. Open Cup win, the Charleston Battery take on the Dayton Dutch Lions.

Did you know dogs have their own version of Relay for Life? The American Cancer Society Bark for Life is at James Island County Park on Saturday. There’s also Hits for HALOS Tennis Tournament.

Cowabunga dude. Oops, I mean dudette. The Folly Beach Wahine Classic takes over the Washout this weekend. And there’s a fishing tournament on the Folly Pier.

Stock up for summer reading at That Summer Book Sale. When you’re only spending $1 on a paperback copy of that perfect beach book, it won’t hurt so much if it gets swept out to see.

Do you think Funk Fest will be funky? I should hope so.

Get some fancy ‘cue at Ted’s Backyard BBQ.

They just keep chugging along over at Theatre 99. Fresh off their fringe schedule, they’ve got Theatre 99 Improv Jam and Improv Riot.

Small Town Murder Songs will screen in North Charleston. And the very first Guerrilla Cinema will go down at the Tin Roof. Stop by to see some underground films and drink a few beers (by the way, you’ve got to be 21 or older to get in).

The South Carolina Historical Society will celebrate the release of Dorothea Benton Frank’s new book at the Folly Beach: A Lowcountry Tale Release Party. Marti Healy, author of The Secret Child, will be at Blue Bicycle Books.

Get excited: There’s a new park on Sullivan’s Island, and it’s historic and everything. Stop by the dedication ceremony on Saturday.

And don’t forget Father’s Day. You can get all the family fun time done a day early at the Family Fling on Farmfied. Or hang out with dad at the S.C. Aquarium on Sunday, where he’ll get in for free with a paying guest or child.