Weekend Round-Up: Boo to you 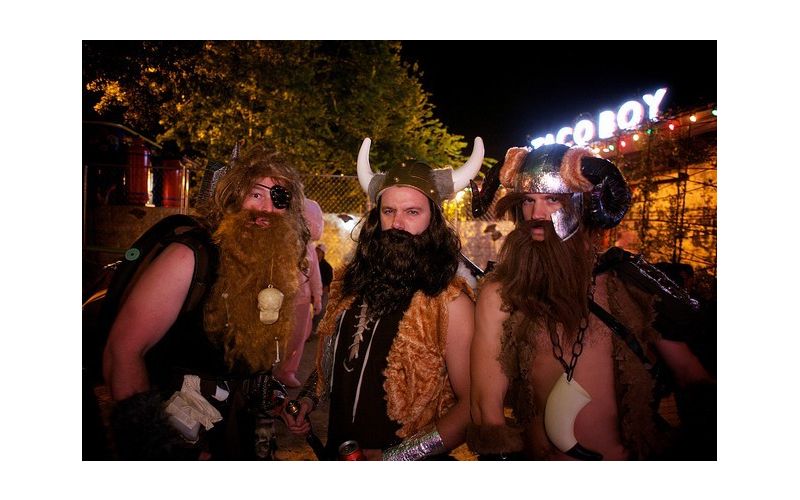 There’s no use in beating a dead horse about Halloween, which we rounded up on Wednesday. Unless that dead horse is a zombie horse, in which case aim for the head.

The Coastal Carolina Fair is back, bringing with it all the fried foods you never thought were possible.

It’s impossible to eat too much mac and cheese, even at an event like the Charleston Mac Off.

Slap an afro on your dog and bring him or her to Pet Helper’s Disco In-fur-no Fur Ball. Or just shave them that way — poodles will have it easy.

Goose Creek hosts its Fall Festival, and the Greater Charleston Fine Art Festival will bring 100-plus artists from around the country to Patriots Point. There’s also the Charleston Baby Show, if you’re into that.

There won’t be any Amish people at the Rein and Shine Barn Raiser. It’s not that kind of barn raiser.

For some people (i.e. me) there is nothing scarier than a standup paddleboard, so the SUPer Scary SUP Race is especially scary for me.

The Trot for Tots 5K will raise money to provide car seats for infants in need, while the Rock a Thon raises money to help with medications, family caregivers, and home safety for older adults.

This month’s Urban Picnic at Burger Babies has taken on a Halloween-theme. Expect a “punk pumpkin patch.” Does that mean the jack-o-lanterns will have Black Flag tattoos?

Friday has the last preliminary round of the Charleston Comedy Festival Stand Up Competition. Theatre 99 also has their Theatre 99 Improv Jam and The Have Nots! show.

Lots of people with a better control of their inner peace than I have will be participating in the Yoga Marathon for Louie’s Kids in Marion Square. If you’re in the mood to continue with the Indian-inspired activities, check out the Jugalbandi concert.

Get spooked while seated with performances like The Crucible, Dr. Jekyll and Mr. Hyde, Dracula, The Rocky Horror Show, Strangers on a Train: The Radio Play, Short Attn Span Thtr, and Thriller: A Monster Mashup. And Gullah Theatre presents The Elegant Four.

Park Circle Film Society is showing the creepy classic Night of the Hunter.

Enjoy the water before it gets too cold on the Coastal Expeditions Kayak Trip or the Hampton Plantation Paddle.

Jack Hanna will be at the Center for Birds of Prey for a family-friendly presentation and for a special dinner with the Lee brothers. I think you should get good use out of your Halloween costume and wear your tiger outfit to both.

SPROUTS presents the Musicians of Bremen, and there’s an American Girl Skating Party at the Carolina Ice Palace. Dolls are welcome, but you’ll have to help them on the ice.

Catalyst Creative Arts Studio and Montessori Day School is hosting a Charleston Children’s Health and Wellness Fair. Its focus is healthy eating and exercise, which should give you something to think about on Monday when the kids are gorging on candy.

And my favorite movie in the whole world, Beetlejuice, will be screened outdoors at James Island County Park. Don’t forget your handbook.

As always, you can browse the mobile version of all of these on your iPhone/Android/Blackberry.