We should care about where our dirt comes from 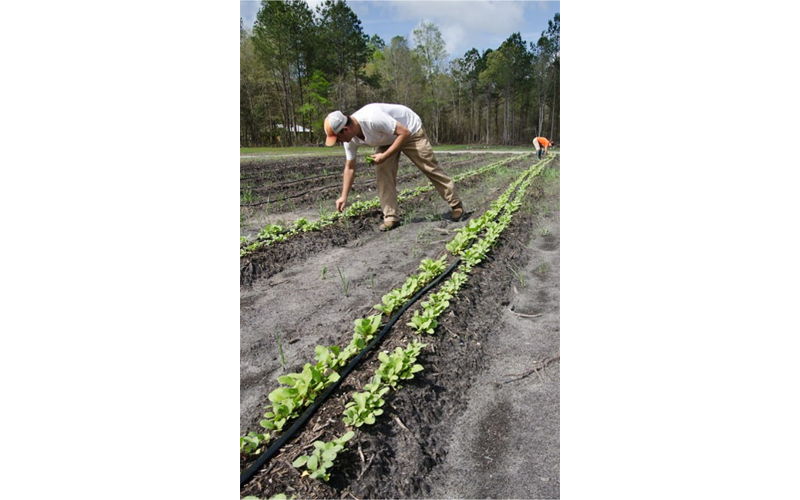 Field and farm are often overly romanticized. Somewhere deep inside all of us resides an affection for bucolic scenes of cows foraging on a green pasture, or a tiny shoot sprouting out of the rich loam. As an eater, as a lover of all things authentically culinary, I often imagine where my food comes from. I bite into wonderful salads and steaks and fish fresh from the boat and imagine the complete chain of events that led to the creation of that meal. I walk back in my mind’s eye, beyond the chef, past the farmer who slaughtered the chicken that grew on the pasture. I’ve even attempted to “see” beyond that, to re-imagine the holons that support that proverbial chicken. I see the dark aqueous earth, ever shifting its energies under the lunar tides, colliding with the solarized atmosphere, creating grass, earthworms, bacteria, and fungi. I am overwhelmed by the ecology, the miracle of life.

I read and philosophize because that’s my nature: Michael Pollan, Wendell Berry, Sir Albert Howard, Arthur Koestler, and Aldo Leopold. I study biodynamics and ancient alchemy. My writing becomes so esoteric that editors are reluctant to publish it. I hire a Jungian analyst to help me sift through my contemplative character. He tells me that the farm, my farm — which I established in this grand pursuit — is a form of healing.

So I go and help neuter piglets. I listen to them scream. I watch Jen Wassum, the field manager at my farm, struggle in ankle-deep mud with me as our tomatoes wilt. I kill things myself and eat them. I succumb to chemical fertilizer and a trailer load of Tennessee limestone because my land is an old pine forest with a pH of 4.0 and no nitrogen in the soil. Deer and raccoons eat half of our crops. I spend mornings watching torrential rains overflow inadequate ditches and flood the fields. After paying Jen, the steady workhorse of this endeavor, I break even. It’s been a formative year in the dirt.

We strive for a place where nature works and the earth thrives. A delicate balance. Ultimately, that is all that an authentic farmer hopes for. Sustainable farms, and I imagine all forms of such authentic commerce, work only within such equilibrium. Industrialism does not; it creates unusable wastes that nothing else eats, that cannot be returned to the land, that make things cheaper up front and creates waste that will pile ever higher and poison us later. This is the true lesson of the authentic farm and the dirt from which it comes. In a sustainable system, like the nature that it mimics, natural consumption benefits the total ecology, the whole chain of events from which that beautiful meal was derived. The next meal is better for having consumed the last one. We should ask that the dirt be respected as earth. And that it be something healthy and alive. We should treat it as our mother, the place from which we come, are nurtured, and ultimately return.

We are enamored today with the provenance of our food, so much so that restaurants build themselves around the concept. You might even see my Rebellion Farm name scrawled on a chalkboard next to some of the products we struggled to bring them from the field. People these days want to know what they are eating. It should remain so.

But now I believe we should step beyond the farm and the farmer’s name, or at least ask the what, where, and how our food was produced. If we are what we eat, and we care about such things, then it’s only logical that we should be concerned about what the chicken or pig we are eating ate for breakfast. We should want to know whether that chain of life leads back to a beautiful pasture of grass full of earthworms and sunshine, or a decrepit feedlot or chicken house fueled by corn, antiobiotics, and pesticide. Is it bankers and credit facilities that drive the truck to market, or a community of farmers who stop what they are doing to fix the next guy’s broken down tractor? Do we really want to eat and turn ourselves into the empty landscapes of the Big Box store, even if those industrial chains have somehow lashed down once laudable terms such as “organic”?

Some will say that this vision is not realistic, that it’s guilty of the very spiritual romanticization that I must go to the dirt to heal, that it’s not “grounded” in the dirty realities of a 21st-century economy. They will feel that we cannot possibly feed the world without tapping into the vast natural resources that take so long to produce that they will most certainly run out at some point. They will argue that the dirt doesn’t matter.

That couldn’t be more misguided. If we follow the trail of dinner back to the earth, if we refuse to look away from how the animals we eat are treated, how the dirt that nourishes our broccoli is in turn fed and replenished, and think for a moment how interconnected we are to the mechanizations that produce a modern ear of corn, we might put aside immediate gratification in favor of long-term sustainability. As the prominent evangelical farmer Joel Salatin likes to point out, we might care more about the quality of what we put into our children’s bodies than the quality of our German engineered cars. We would care about the dirt, because we would finally realize that it’s where we are all headed. Our only choice is how we make the trip.

Kipp Valentine makes great goat cheese. You got a problem with that?