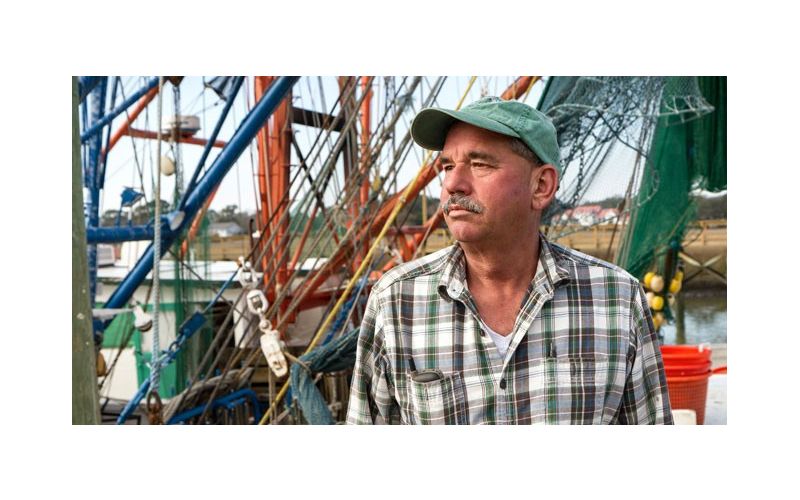 Wayne Magwood was on his way to the Shem Creek dock to meet Lockwood Freeman when he was struck by a truck on Coleman Boulevard near the docks his family helped build nearly 50 years ago.

“It still feels like a dream — I had just talked to him that morning,” Freeman said. “We were meeting at my boat and he wasn’t there, and I knew something had happened. I sat on my boat for 15 minutes and then I went up to an officer and he said Wayne was involved in the accident.”

The incident involving the 67-year-old shrimper occurred Friday around 10 a.m. near the intersection of Coleman Boulevard and Mill Street when a truck turned at the intersection and struck Magwood, according to a report by the Mount Pleasant Police Department. The truck’s driver told police he did not feel the impact and stopped when he was flagged down by another motorist.

Magwood’s family has been synonymous with Lowcountry shrimping for decades. His grandfather Junior built a shrimping empire on the docks of Shem Creek in Mount Pleasant, and in 1972, his father Clarence started a retail stand called C. A. Magwood, Jr. & Sons serving fresh off-the-boat shrimp. The business was a Shem Creek fixture until it was sold by the Magwoods in 2014.

Magwood retired in August, selling his boat, the Winds of Fortune, after trawling the Lowcountry waters for more than 30 years. Still, he continued to contribute to the local shrimping community in Mount Pleasant.

“The Magwoods have been icons of the creek, and he and his family have been synonymous with shrimping for four or five generations,” said Cindy Tarvin, owner of Tarvin Seafood. “Wayne always liked to mentor young men because he had four daughters, so he enjoyed taking guys under his wing.”

Freeman was one of those young men. Magwood recently accompanied the fisherman on a trip to North Carolina to pick up a boat for them to work on together.

“We were really just getting the boat working,” Freeman said. “Everyday we talked. He was such a good guy.”

“We grew up together and worked side-by-side all of our lives. I ran a boat for his dad for 16 years before I got my own boats. [Wayne] helped everybody,” he said.

“It seems like the only thing [the Magwoods] are interested in is putting shrimp on the table and being there for people,” added John Henry Middleton, a local shrimp boat owner who has known Magwood his entire life. “The whole family loves people.”

“Even when he retired, he was still contributing to young fishermen, literally until his dying die,” said Tarvin, whose son Vasa was mentored by Magwood.

“Vasa started going out with Wayne as a 12 year old. He went every day,” Tarvin said. “When Vasa was getting ready to go into the eleventh grade, he went on Wayne’s boat full time. A couple years later, Wayne suggested we buy Vasa a boat, and he said, ‘I found one for you.’”

Vasa is now the captain of that boat, the Miss Paula, one of two shrimping boats owned by Tarvin Seafood.

Vasa Tarvin and Lockwood Freeman are just two members of the list of local fishermen mentored by Magwood.

“Wayne’s been a big part of my life,” Freeman said. “His love for Jimmy Buffett is something I will never forget every time I hear a song. Shem Creek won’t ever be the same. I’m just going to miss him.”

The Magwoods will host a private memorial Thursday with a public open air memorial at Waterfront Park to follow in the coming weeks.