VISITING ACT ‌ What a Rush 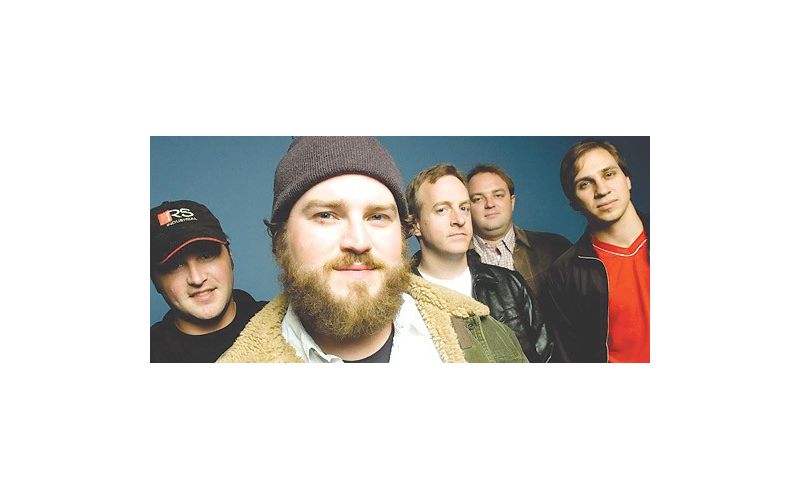 Zac Brown knows it's all good on the Rock Bus Tour

Georgia-based Americana songwriter Zac Brown should be bragging about his accelerated success and increasing notoriety. His head should be swollen from the critical praise and fanatical following he’s earned in the Atlanta band scene of late. Instead, he’s keeping his cool, dishing out praise for his band and closely-knit management team (a dozen characters in all), and looking on the brightest side of touring the U.S. as part of a fancy, corporate-sponsored package — a month-long spiel called the “Rock Bus Tour.”

Brown and his band — bassist John Hopkins, fiddler Jimmy De Martini, drummer Marcus Petruska, and electric guitarist Joel Williams — make a stop at the Windjammer this week as co-headliners of the nationwide trip. Sponsored by Rush! Energy Drink, Tovaritch Vodka, AirTran Airways, and Creative Loafing, the tour kicked off last week in Atlanta with Austin-based co-headliners Wideawake in tow. The “Rock Bus Tour” mission: to “bring fan and band communities together for the ultimate sampling experience … and intimate concert experiences with two of the most exciting emerging acts on the scene.”

“It’s been really great having our management and crew on board and getting it together,” Brown says of his band’s busy tour schedule. “It has allowed us to do more. Every time that there’s someone new in place, things get done correctly and it makes all the difference in the world. It’s a precise business structure, just like any other business. It’s not just travelin’ around and drinkin’ beer and having fun — granted, it is great fun — but we take it very seriously.

“The ‘Rock Bus Tour’ is a symbiotic kind of deal where we both benefit,” he adds, sounding totally at ease, despite the fact that they have to include a mention that they’re presented by a beverage company. “Hopefully, we’ll be able to provide a lot of exposure for them through our fans and network. We benefit from them putting us in 23 cities in 26 days and playing on the ‘Rock Boat.’ Those communities and cities where the ‘Rock Boat’ folks come from are pretty tight knit, so to spread our word and have their name on the bus is an ideal situation. It’s kind of an old-school touring ideology where you climb off the bus, play, then climb back on the bus. It’s a great opportunity.”

“We have more than 10,000 music enthusiasts who have had awesome experiences on any one of our annual concert vacations,” says Sixthman’s co-principal Andy Levine, “and The Rush! Energy Rock Bus is our way for fans to get the same quality performances, but this time the music comes to them!”

According to the lyrics on his latest disc, Brown and his twangy country-rock band are all about “fried chicken and a cold beer on a Friday night” — a homespun soundbite that sums up the rustic blend of roots-rock, mountain music, and country twang that he and the band do best.

Recorded in Atlanta with award-winning studio producer Keith Stegall (of Alan Jackson fame) and at Jimmy Buffett’s studio in the Fla. keys, a forthcoming, still-untitled album is expected to be released later this year on the band’s own imprint, Home Grown Music.

“I’ve been given the gift of music and the freedom to be myself, and that’s something I don’t ever want to compromise,” says Brown. “If it takes a little bit longer to do it our way instead of signing a big record deal where they have an image person and you have to jump through all these hoops, that’s fine. That’s something I’ve never been willing to do and it’s paying off now. We are doing things the right way and we’re treating people well along the way.

“The music’s not just country and it’s not just rock,” he adds. “It’s a Southern kind of music and it doesn’t only belong on country radio. The new album is a little more organic than Home Grown and there’s nothing on there that we can’t do live on stage. It’s got some serious stuff and some fun stuff … and some different feels, too. I’m really proud of it and the people involved.”