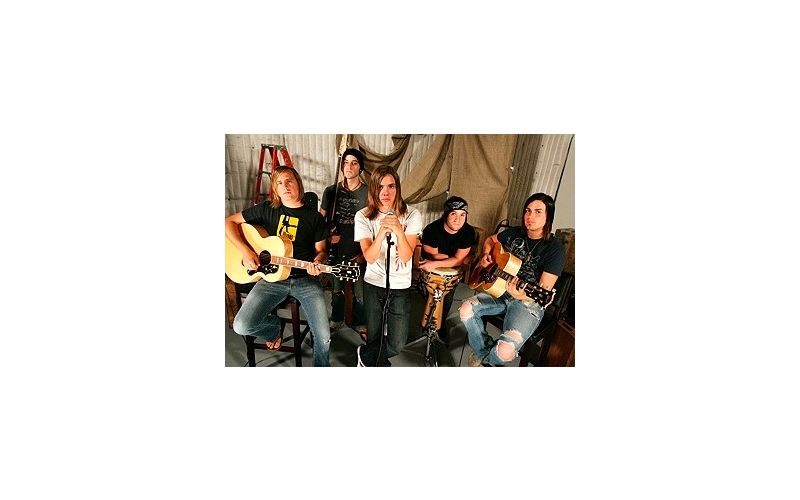 “You Better Pray” from the album Lonely Road

Their accomplishments are mind-blowing. A debut album which spent 62 weeks on Billboard‘s Top 200 chart. A single which was streamed 17 million times on MySpace. A visit to Capitol Hill. A clothing line with Tony Hawk. But the name, well, it’ll leave you scratching your head — not because it’s an odd name for a band, but because it’ll make you go, “Who the bloody hell are these guys?” Ladies and gentlemen, the Red Jumpsuit Apparatus.

The Red man adds, “I’m 26 years old, and after the show, if you want to hang out and have a beer, I’m going to be the first one to do that. I don’t feel bad about that.”

Of course, in this day and age Christian rock is much more sophisticated and head-banging than in the past. In fact, many of the most popular rock acts out there are God-rockers, although they wear their love for the Lamb of God like a Misfits sticker on a skateboard — it’s there, just hidden from view. The Red Jumpsuit Apparatus (Winter, guitarist/pianist/singer Duke Kitchens, bassist/singer Joey Westwood, and drummer/singer Jon Wilkes) is a little more direct than most on their latest release, Lonely Road (Virgin). In fact, several songs deal with Christian themes — the kind embraced by evangelicals — like which side are you going to be on when the Antichrist rolls into town?

The album certainly has some nice touches. “Godspeed” is a powerful epic about the plight of the soldier, while “You Better Pray” is hands-down one of the catchiest rock tracks out there right now. Believe it.