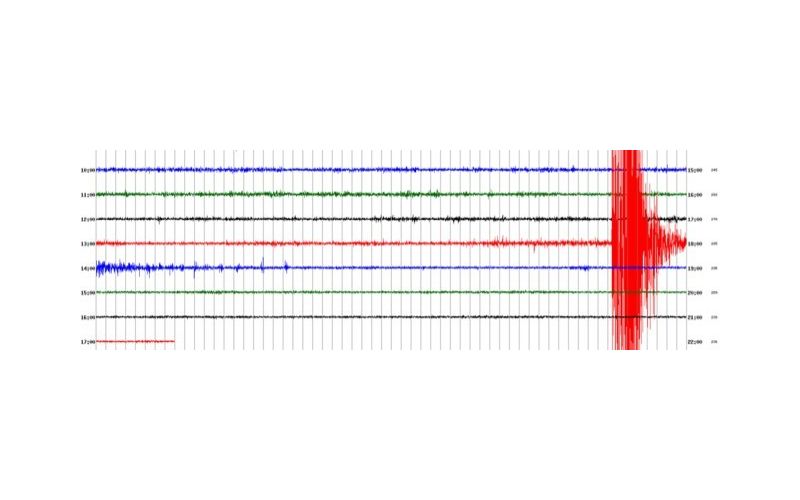 A 5.8-magnitude earthquake that had its epicenter 27 miles east of Charlottesville, Va., was felt in the Charleston area this afternoon around 2 p.m. People in Mt. Pleasant, downtown Charleston, and North Charleston called local news outlets to report they had felt tremors. Charleston-area seismograph readings show a sudden burst of activity just before 2 p.m.

Steven Jaume, an associate professor of geology at the College of Charleston, says he was at Folly Beach trying to take pictures before the potential arrival of Hurricane Irene when a friend who works in North Charleston called to say he had felt a tremor. Jaume rushed back to his office and sifted through a stream of e-mails from people around the area who had felt the ground move.

“This will be the biggest earthquake that’s happened in the Eastern United States in quite some time,” Jaume said. He says tremors from earthquakes tend to travel farther in the eastern part of the country than out west because the bedrock is harder here. He also noted that people are more likely to feel a tremor if they are sitting down than if they are standing.

Jaume said this was going to be a very well-recorded earthquake.

“I’ll be using that in class tomorrow,” he said.

New book investigates the aftermath of the 1886 quake