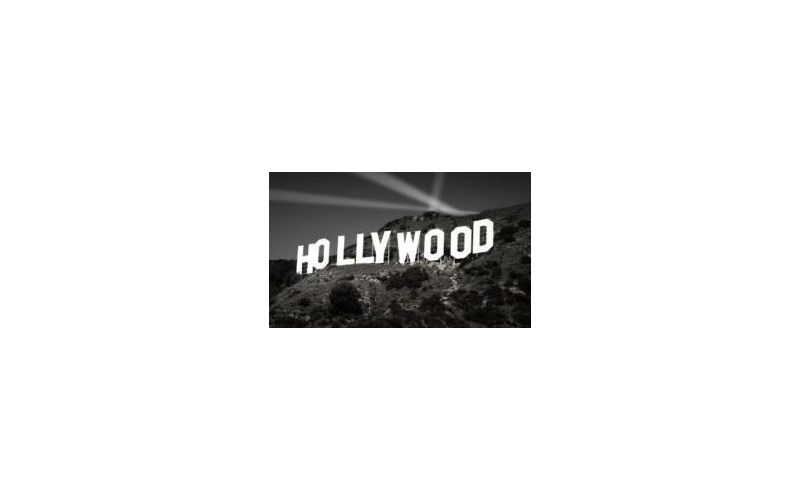 In 1922 actor William Desmond Taylor was murdered in Hollywood. The murder, while never solved, involved a wide variety of major players in the Hollywood scene, from (several) doe-eyed actresses to a “houseman” who worked for Taylor. At the time, news of the murder made headlines in newspapers across the country.

“This murder created a crisis in Hollywood,” says Keely Enright, Village Repertory Company’s artistic director. A play based on the story, Hollywood, has made its East Coast premiere at Woolfe Street Playhouse, playing now through May 18.

Hollywood had its world premiere at the La Jolla Playhouse in 2016, produced by Tony Award-winning playwright Joe DiPietro. When Enright contacted DiPietro about producing the play at Woolfe Street, he gave her the go-ahead. You see, Enright’s connected to this murder mystery.

Let’s start from the beginning: William Desmond Taylor was born William Cunningham Deane-Tanner in Ireland. He came to the states, had a family in New York, and then, wanting to hit it big as an actor moved to Hollywood (deserting his family in the process) and changed his name to Desmond Taylor. His brother, Denis Deane-Tanner, soon followed.

Denis also left behind a wife, Ada, and two young daughters. Ada trekked out to Hollywood to find Denis, and while she never did, she did find his brother, William. Ada received money from William up until the time of his death.

“Obviously I’ve known this story forever, but no one had written a play about it,” says Enright. So when she heard about DiPietro’s production, she knew she needed to bring it to Woolfe Street. Not only was Ada Enright’s aunt, her pilgrimage to California brought the rest of Enright’s family to the West Coast, where Enright was born and raised.
An unsolved murder in Hollywood in 1922 was a big deal, especially given when the murder occurred — mere months after another high profile death, that of 26-year-old aspiring actress Virginia Rappe who died days after partying with big deal director Roscoe “Fatty” Arbuckle.

“The nation was already horrified by the Fatty trial when this director [Desmond Taylor] was murdered,” says Enright, who says that Desmond Taylor’s fame can be compared to that of Steven Spielberg.

To re-create the feel of this era, Enright says that Woolfe Street embraces some campiness and kitsch, as well as screens showing clips that are evocative of those original silent films. Headlines from the time splash across the stage too, reminding you just how horrified everyone in the nation was.

“We think of Hollywood as a big industry,” says Enright. “But in 1922 it was still in its infancy. It was a lot like being in the theater community in Charleston — everyone knows everyone.”

Enright says that most theorists conclude that the industry likely knew who killed Desmond Taylor, but they closed ranks before word could get out. “A community of artists sacrificed the truth to protect their industry,” she says.

And while this story could probably be told as a TV mini-series (just Google Desmond Taylor for a taste of all the stories out there), a theater production from someone connected to the man himself feels pretty perfect. “It’s endlessly fun to talk about,” says Enright.

“These people had such vital, fascinating lives. And so little is known about 1920s Hollywood stars. The running theme is Hollywood stars, how they so much didn’t want to be forgotten. And there are so many of the silent stars we don’t know.”

Weekend Roundup: 24 things to do for Mother’s Day / Graduation / this weekend in Charleston