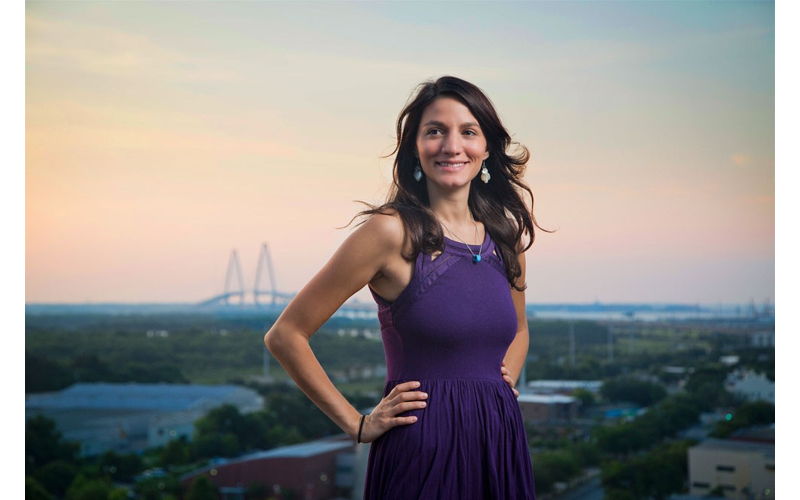 To paraphrase the late Kurt Cobain, corporate radio still sucks. That’s why on August 1, the folks at the independent, non-profit WOHM Ohm Radio 96.3 aim to give Charleston a community-focused, eclectic mix of music and news.

With North Carolina’s successful, listener-powered WNCW as an example of what an all-volunteer village can accomplish, the Holy City’s own community-funded station Ohm Radio will air shows that long-time and brand new Charlestonians alike can appreciate, like a former local record store owner and DJ who will spin soul vinyls with guests like Cary Ann Hearst (Shovels & Rope). Listeners can also look forward to programs like Bill Carson’s Saturday show full of folk, Marcus Amaker’s Monday morning music and poetry, Lindsay Holler’s singer-songwriter spotlight, and Bob Mendes’ daily dose of big band and jazz. The nationally syndicated show Democracy Now, along with local Matt Clark, will be Ohm’s daily news source, while thousands of songs from artists near and far are in the database and ready to rock.

When Ohm’s Vice President Vikki Matsis, her husband Ohm Director Lee Barbour, and the rest of the Ohm radio crew applied for a low-power FM radio station license two years ago, they really didn’t expect for things to pan out as well as they have. But last year, the group of local radio hopefuls — Virginia Friedman (president of Media Reform SC and Ohm Radio), Jerry Huhn (Ohm’s treasurer), Faye Steuer (secretary of Media Reform SC and Ohm and retired CofC professor), Matsis, and Barbour — were granted permission from the FCC to bring WOHM Ohm Radio to life.

The seed was first planted when Matsis, who also manages Spring Street’s Notso Hostel, met Steuer while attending the College of Charleston. Matsis took the then-psychology professor’s Mass Media and Human Development class, during which the two struck up a friendship over their shared interest in mass media consolidation and how it affects the choices people make. They began attending the National Conference for Media Reform together nearly a decade ago, and in 2007 Steuer started up Media Reform SC, a grassroots nonprofit organization that Matsis says is “dedicated to the free and accurate flow of information we believe is necessary in order for democracy to thrive.”

At first, Steuer began Media Reform as a social justice project for the Unitarian Church in Charleston and the local unitarian community. “We would just meet around her kitchen table, and we would talk about media issues,” Matsis says. “We went to our local television stations and we searched their public records, and we were really working with [Media Reform] to find out about what is happening in our media in Charleston.”

In October 2011, freepress.net published a YouTube video revealing the results of Media Reform SC’s research. The video demonstrates how the local FOX station receives the news from its CBS affiliate. Matsis also points to a couple of Conan episodes of the host poking fun at media consolidation, with multiple stations presenting their anchors with, word-for-word, the exact same scripts.

When the Telecommunications Act of 1996 deregulated the media, it gave conglomerates permission to own many rather than few media outlets. “So now you can have 700 radio stations,” Matsis says. “So that’s the landscape of our media now. At one point, you were hearing voices, viewpoints, ideas from hundreds of thousands of different people simply because you couldn’t own so many stations. And now over 90 percent of what we hear, watch, and see is owned by six media giants.”

So how does the locally produced Ohm Radio get to exist? That’s where Prometheus Radio comes in.

Prometheus, a Philadelphia-based organization, goes around the country helping folks set up low-power FM stations. Matsis calls them radio rebels because they fought the FCC — and won. “It was a very David-versus-Goliath kind of dynamic,” Matsis says. Prometheus contended that the airwaves are a public utility, and so radio stations — in exchange for serving the public good — should get free use of the airwaves.

That win led to the Community Radio Act of 2011, signed by Obama, which in turn led to what Matsis recalls as an historical opportunity: The FCC allowed nonprofits to apply for a station, but only during a small window of 10 business days. “We prepared for two years, because the FCC was very elusive about the actual date you could apply,” she says. “They’d say it was coming in the spring, then, oh, it’s coming in the summer. Oh, and then the fall, and they kept doing that.” But Prometheus diligently watched for the dates to be announced. “They had people dedicated just to that, because it’s so intensive, so time-consuming, and labor-intensive to be an actively engaged citizen,” Matsis says.

So when the window opened in 2013, the Ohm crew was ready to jump right through it. Prometheus walked Ohm through everything from getting and receiving a grant to installing the antenna and testing out the radio signal.

The Charleston community pitched in, too. Boyd Stough from theFix.fm helped Ohm navigate the broadcasting software, for example. Ohm raised over $10,000 in a crowdsourcing campaign launched last fall. The Royal American spearheaded the Sweet Corn Cook-off fundraiser earlier this year with Shovels & Rope, SUSTO, the Jazz Artists of Charleston, Jay Clifford, the Obstinate Daughter, Lee Lee’s Hot Kitchen, Taco Boy, and Indaco. And in June, Shrimp Records’ family throwdown — with surprise guests Jason Isbell and Drivin’ N Cryin’ — donated a percentage of the door proceeds to the cause.

The diverse, nonpartisan voices of the community will also undoubtedly be a huge part of Ohm Radio’s success. The plan’s in place: now y’all just have to listen.

Here’s how the first days will go: