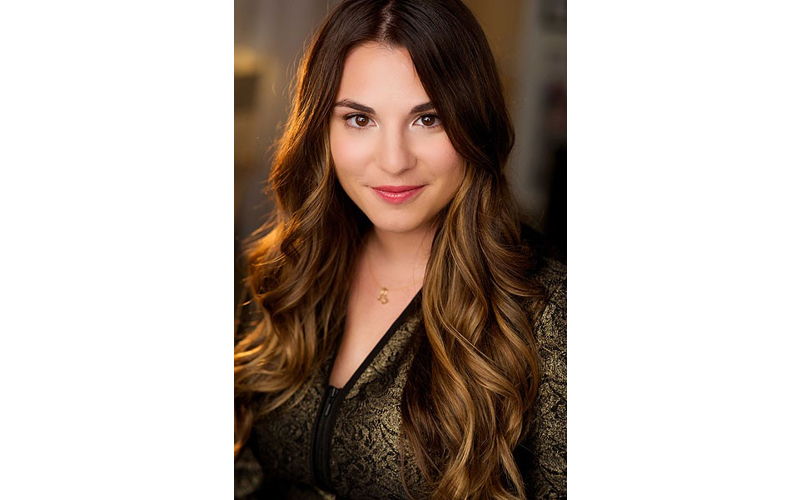 The latest author in a string of dystopian series to flood Young Adult Literature, Victoria Aveyard’s The Red Queen seems to be part Maze Runner, part X-Men, part Divergent. It’s chock full of post-apocalyptic themes: vigilante justice, the fight for social equality, a longing for freedom of information, not to mention a salty heroine with supernatural powers. That’s likely why Aveyard’s inaugural tome went straight from an idea to the big screen.

Back in 2012, Aveyard — then a 21-year-old screenwriting undergrad at University of Southern California — presented her idea for the Red Queen at Benderspink, a movie/television studio at her college’s Pitchfest. Incredibly, both Universal Studios and HarperCollins loved her idea.

“I came up with the spark of the idea at the end of my junior year of college, I think it was April or May of 2012,” Aveyard recalls. “I started really writing the book in July.” The book was released last February.

But while Aveyard was writing, well-known names from other YA franchises were already in negotiations to help produce the Red Queen film, Elizabeth Banks (Effie Trinket from The Hunger Games) and Pouya Shahbazian (producer of Divergent) among them. Which made us wonder, how much strong-arming did film producers wield when it came to drafting the book’s plot?

Not much, Aveyard claims.

“I pretty much take from any form of entertainment that I like,” she says. “I’m always going to write something that interests me. I’m a bit of a kitchen sink writer, as many things that I like that I can throw in I will. Books, movies, television, I kinda draw from it all.”

As a millennial herself, Aveyard says the Red Queen‘s heroine Mare is fighting for things her readers experience every day.

“There’s this general feeling of helplessness, like no matter how much you want things to change you don’t see a way to make things change or a way to make the people in power listen,” she says, “So it’s definitely a little bit of wish fulfillment to have these characters in these situations where one person can actually go out and change things. It’s definitely what we wish would happen in the real world.”

In the Red Queen‘s fantasy world, Mare joins a “terrorist group” called The Scarlet Guard who plot to take down the ruling class of Silvers, a superpower race that controls everything. Now, at first the use of the term terrorist can make the reader pause, but Aveyard says the word isn’t used the way the average CNN news watcher might think.

“It’s more of a commentary on how this is not a black-and-white situation,” Aveyard says. “Obviously I’m a product of post 9/11 America and I’ve grown up with terrorism on every form of the news — a lot of it is true and a lot of it is propaganda. In some parts of the world what some people who are considered good guys are doing are things that other people see as terrorism. And vice versa.”

As massive vigilante groups such as Anonymous make headlines, YA dystopian heroes echo their work — operating outside the law to try to force higher powers into recognizing social injustice. Aveyard says her protagonist joins the horde of avenging heroes working within an ethical code. Mare has a definite goal in mind — the social equality of her people. Even though she begins the book as a pickpocket, like Robin Hood Mare only breaks the law only when it’s for the betterment of someone else’s life.

It’s easy then to see how a character like Mare — a young woman who can use her super powers to avenge her people but still has a heart of gold — might appeal to young movie-goers. That said, Aveyard doesn’t expect to get a writing credit on her film.

“It depends on what the screenplay still needs,” she says, “I’m actually quite glad I didn’t work on the first screenplay because at the time I was way too close to the work and I wouldn’t have been able to adapt it properly.”

Instead, she’s spent the last year wrapping up book two in the Red Queen series, and a few lucky YALLFest attendees will have a chance to get their hands on it.

On Sat. Nov. 14 from 4-5 p.m. Aveyard is holding a secret “Scarlet Guard” meet up at the Charleston Museum Atrium. Fifty people will be allowed in but they must visit redqueenbooks.com to find out how to get a ticket. An advanced copy of Glass Sword is at stake, so readers better do as to as the Red Queen says and “rise, red as the dawn” to be first in line.

Victoria Aveyard will be signing books at YALLCrawl on Fri., 3-5 p.m. at Magnifilous Toy Emporium. On Saturday she’ll be at Real Talk about Writing at Charleston Museum a 11 a.m., holding a book signing at the Blue Bicycle Tent at 1 p.m., and at Show Some Emotion at the American Theater at 3 p.m.