Vetiver hooks up the charm 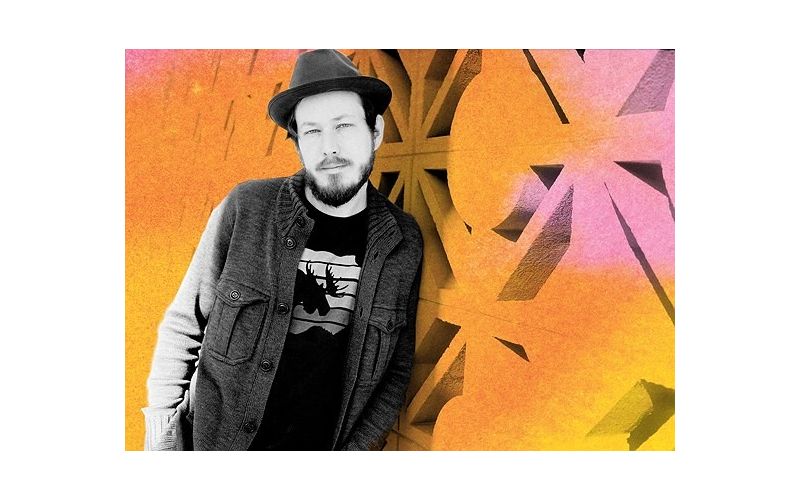 Andy Cabic gears up to share his finest pop work

Listening to Vetiver, you might close your eyes and imagine yourself atop rolling hills, a sweet spring breeze in your face, and bright budding pastoral beauty spread out like jam at your feet.

Led by Andy Cabic, the band burst onto the scene with their 2004 self-titled debut alongside San Francisco buddies Devendra Banhart and Joanna Newsom. However Vetiver’s acoustic-driven folk-psych is closer to the music of Sub Pop’s folk-rockers like the Shins, Fruit Bats, Fleet Foxes, and Iron & Wine. Indeed, Sam Beam’s Iron & Wine seems a particularly apt touchstone, as there’s an unhurried delicacy and tender melodic drift to the music that mirrors Vetiver’s understated presence. Many have described their albums as "growers." That’s not how Cabic sees it, but he understands where people are coming from.

"It’s a grower in a sense that there is a lot of detail. There’s a lot of subtlety that you pick up on the fourth or fifth listen," Cabic says, speaking from New York City, where they’re rehearsing for the upcoming tour. "That’s what I love in music — the parts that reveal themselves."

Some might remember Cabic from his old Greensboro, N.C.-band Raymond Brake. They broke up in ’98 when everyone graduated from UNC-Greensboro and went their separate ways. Cabic joined some North Carolina expatriates in San Francisco where he developed a close friendship with Banhart. They played with each other’s bands early on, as Cabic got a little taste of the next level before each moved forward independently of each other.

"We did some collaborating early on, but we kind of took different paths in songwriting," Cabic explains. "[Banhart] writes a lot of songs and he thins them out, or does an album with 20 songs on it. He has lots of ideas. I’m much more likely to edit while I write, so I’ll do a record and go into a studio with only 12 songs, and I know these 12 songs will be on the record."

While that’s the approach that characterizes Vetiver’s four prior studio releases (with the possible exception of 2008’s covers disc, Thing of the Past), for his forthcoming album, The Errant Charm, Cabic took a different approach. He showed up to producer Thom Monahan’s home studio with a handful of completed songs and some notions or ideas for the others.

Together with Monahan (Pernice Brothers, Matt Pond PA), who’s worked on all of Vetiver’s albums, they forged demos that were so good they came to underpin some of the songs, with the rest of the band laying their tracks on top. Due out in June, The Errant Charm takes Vetiver in something of a new direction, highlighted by a richer sound and less acoustic guitar.

"There’s a lot more detail," Cabic says. "There’s a lot more stuff altogether. A lot more keyboards. I think the songs are still pretty simple. It’s not overwrought, and when things come in arrangement-wise, they might be introduced and go away. It’s not like they come in and they’re there the whole time. There’s still acoustic guitar on just about everything. I don’t know why I can’t get away from that. Even if they’re not the main instrument, they’re usually tucked in somewhere, but they’re pushed back a lot more than prior records."

Cabic calls San Francisco home while the rest of the band lives on the East Coast. He’s been working with his mates to incorporate drummer Brian Kantor, who will be replacing longtime drummer Otto Hauser for this tour. As such, the set list should be a little tighter this time around but will include five tracks from The Errant Charm. He’s looking forward to hearing people’s responses to them.

"The songs are becoming poppier I’m finding," he says. "A joy for songwriting to me is creating a catchy hook, so I found that this new record has a lot more of that going on. The songs themselves were just sweeter, though there are definitely a couple bittersweet ones."