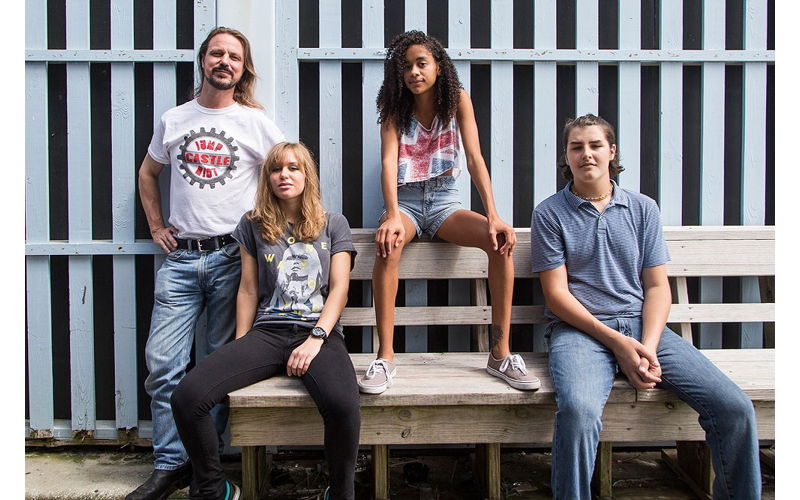 They’re thrilled about winning both awards, but Jump Castle Riot were a little shocked to hear that their Up-and-Coming Band of the Year win was accompanied by a Blues Act of the Year win.

Not that the band’s sound isn’t based in the blues; singer Nina Murchison’s voice is wrought with heartbroken anguish and guitarist Jay Van Raalte plays a thick, smoky style of lead guitar that drips with roadhouse menace. It’s just that they love Charleston’s blues music scene and saw a lot of other worthy bands within it. “We were definitely a little surprised considering there are so many great blues bands in the area,” Van Raalte says. “But (drummer) Asher Dibernardo and I met going to blues jams and getting advice and support from the people in that scene, and I think the blues really infuses our sound and where we take a song. I think it’s kind of like what Gary Clark Jr. does. He’s blues-based but definitely pushes the boundaries.”

The band started out as a bass-less trio a year or so ago because they couldn’t wait to start playing, and they only formally added Richard Hartnett to the lineup at the beginning of last summer. “It was revolutionary for us,” Van Raalte says. “We always planned to have a bassist, but we didn’t want to wait around in our living rooms until we got one to start playing. It made us so much more stable, and it’s freed Nina up to be more of a frontperson. When you have that power trio of bass, drums, and guitar, it’s so much more solid.”

Indeed, the format has allowed Murchison to work a lot more jazz-tinged improvisation into her singing, and that’s thrilling for Van Raalte. “I love playing with Nina, because she’s a great singer, but all that improvisation just comes to her naturally,” she says. “It’s not planned or rehearsed or anything. It keeps things changing onstage, and it keeps me busy trying to play off of that and find counter melodies to what she’s doing.”

Van Raalte also credits Charleston’s music scene in general for fostering and encouraging Jump Castle Riot even though the members are still in high school. “This scene has been beyond influential to us,” she says. “The bands and the venues have given us opportunities, even though we’re less than a year old and a bunch of high school students; everyone’s been really supportive as friends. Patrick from Atlas Road Crew has been such a friend to us. When we started this, I didn’t know anything about promoting or managing or anything like that, and he’s been so helpful in giving me advice and making sure I learn it for myself.” ­—VH