Unicorns: Are They Really the Best Creatures in the Multiverse? 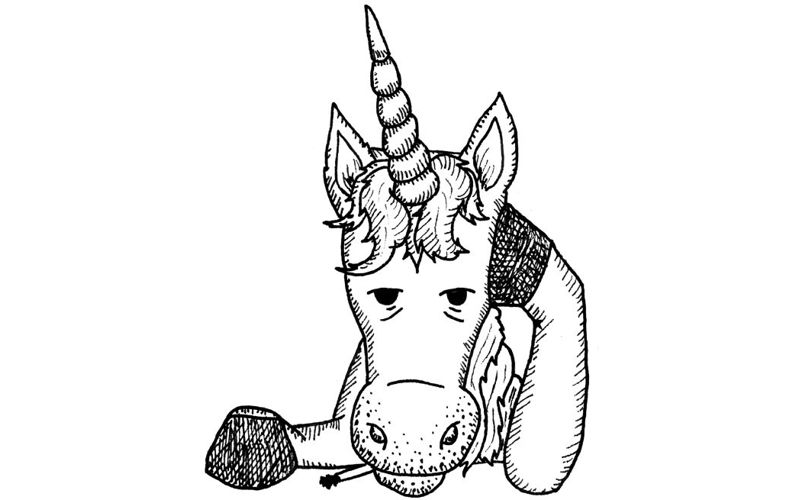 A local expert weighs in

For quadrillions of our earth-years, a battle has raged across multiple universes. It has torn the fabric of time and space (hence black holes), altered the very nature of matter (hence antimatter), and provided an aesthetic framework for an entire generation’s glittery grade-school notebooks.

Three mythical races are locked in a battle for the hearts and minds of mankind, seeking to settle the Ultimate Debate of Life, the Universe, and Everything. The topic: Which are the best? Narwhals, unicorns, or Pegasus?

Fortunately, Charleston has a resident expert on creatures of cosmic importance. You might think that would be Scott Poole, the College of Charleston professor who wrote the nonfiction book Monsters in America and weighed in on sasquatches for a February issue of the City Paper. But when we e-mailed him asking if he could provide some insight, he said there was probably one person who knew even more than he did: Tami Boyce, a West Ashley artist who does photography, design, illustration, and comics.

“She draws an awesome narwhal and could be described as a fan of unicorns (with a side of irony),” he wrote.

Boyce agreed to impart some wisdom on the all-important trilemma that has baffled the greatest minds since antiquity.

“I don’t know, I mean … This is gonna paint me as some freak, like the people in those mockumentaries,” Boyce says. “I don’t know. I definitely like them. I’ve definitely gotten into arguments with people who think that narhwals don’t actually exist, and I know enough to show them they’re real.”

Our sources in the Inuit community confirm that the narwhal is, in fact, a real Arctic-dwelling creature that resembles a beluga whale with a wicked-long helical tusk extending straight out of its jaw (and holy Moses, a select few of them have two tusks). Boyce, who has drawn several single-panel comics involving unicorns and narwhals, has an idea for a graphic novel in which a unicorn pursues a relationship with a narwhal based on the belief that they are both imaginary creatures. The narwhal knows he is real, but he plays along with the unicorn’s idea because he loves her. “It’s some deep shit,” she says.

“My take on the unicorn — and I think it’s my age — but it was huge in the ’80s,” Boyce says. “We grew up with Lisa Frank unicorn Trapper Keepers and whatnot … I kind of view the unicorns I draw like washed-up celebrities.”

The unicorn is still a magical beast, even if it has lost some luster since its heyday. One of Boyce’s best-selling prints is a single-panel comic titled “Disappointment and Pancakes,” in which a young girl in a diner looks over to the next booth to see an apparently hungover unicorn holding its head up with a hoof, stubble on its snout and a cigarette dangling from its lips. The caption reads, “Unfortunately, Emma’s first unicorn sighting was less magical than she had imagined.” Boyce says this particular piece has been popular with parents, who often say they’re going to put it up in a child’s bedroom or nursery.

“I think kids don’t really get it,” she says, “but they like it because it’s a unicorn.”

In Boyce’s eyes, the only real battle is between the unicorns and the narwhals. Pegasus, the winged horse of Greek mythology, just isn’t that impressive.

So who’s it going to be, Tami? Let’s decide once and for all.

“Unicorns I think would be the most fun to hang out with, but then in a battle aspect they would probably also win.”