Who's the top Trumper in the 1st District? 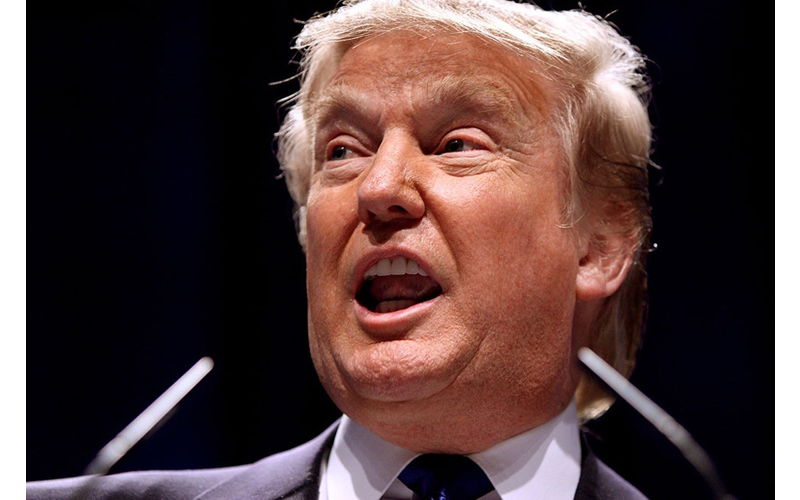 President Donald Trump is a constant presence in Republican primary contests across the nation. South Carolina’s June 12 Republican primary in the state’s 1st Congressional District is no exception, with S.C. Rep. Katie Arrington and U.S. Rep. Mark Sanford trading jabs about their support for the president.

Arrington has been especially vocal about incumbent Sanford’s supposed lack of support for their party’s standard bearer. Running on a “drain-the-swamp” platform, Arrington has made supporting the Trump agenda a key part of her campaign.

In one campaign ad, Arrington referred to her opponent as “#NeverTrumper Mark Sanford,” and, in the recent Charleston County GOP Debate aboard the USS Yorktown, she said Sanford “spent the better part of two years bashing our captain, President Trump, on CNN.”

Sanford, meanwhile, has focused on his record as the 1st District’s representative, often citing specific legislative accomplishments from the current Congress. Sanford touts his support from limited-government organizations like FreedomWorks while also hitting Arrington for voting on a costly fix for the state’s pension system.

Is it fair to characterize Mark Sanford as a #NeverTrump Republican?

In order to answer this question in as neutral a manner as possible, we examined Sanford’s support for Trump during the 2016 campaign and Sanford’s 2017 voting record in Congress.

Like many Republican lawmakers, Sanford was a late supporter of Trump’s candidacy. Initially, Sanford supported Ted Cruz, called Trump’s behavior “frightening,” and said he couldn’t endorse Trump if he were the party’s nominee. However, in a subsequent New York Times op-ed, Sanford said he would support Trump in an effort to advance a conservative agenda with the specific goal of adding a conservative justice to the U.S. Supreme Court.

A mixed record also emerges when looking at Sanford’s 2017 voting record. According to Congressional Quarterly’s “Presidential Support Score,” which tracks how often a member votes with the president, Sanford cast his ballot with Trump 89 percent of the time in 2017.

On the one hand, 89 percent agreement is not what most would call an “opponent,” and is high by historical standards. However, in 2017, the average Republican support score was 95 percent. So while Sanford is not the weakest supporter of the president—that distinction belongs to Walter Jones of North Carolina’s 3rd district—he has supported Trump less than most Republicans.

Who are Trump’s strongest supporters in Congress?

Recent papers by Ragusa, Dr. Karyn Amira, and two College of Charleston undergraduates, Lauren Johnson and Deon McCray, seek to explain what drives #NeverTrump Republicans. Two findings are especially relevant to the dispute between Arrington and Sanford on their agreement with Trump.

First, conservative lawmakers were found to be more likely to support Donald Trump in both the 2016 campaign and in their 2017 voting records. As a dyed-in-the-wool conservative, we might expect Sanford to be a loyal ally of the president. Yet the second finding is that anti-establishment Republicans represent some of Trump’s strongest opponents. Notably, Sanford has one of the most anti-establishment voting records in the House, a fact that can be expected to lower his Trump support.

All in all, we are not surprised by Sanford’s mixed level of agreement with Trump given the countervailing effects of his strong conservative convictions and anti-establishment record.

With anti-establishment candidates supporting Trump at lower rates, Arrington is in an interesting position. She has branded herself as a political “outsider,” yet the record is clear: outsiders typically oppose Trump while establishment Republicans represent his strongest supporters. Although this is counterintuitive, it is consistent with the factional nature of the modern GOP.

Another challenge for Arrington is the fact that she was not initially the strongest Trump supporter, either. In the GOP primary in 2016, she admitted she voted for Florida Senator Marco Rubio, not Trump.

Results from June 12 will tell us a lot about the president’s support among Republican primary voters in South Carolina. Of course in the general election, with a surge of Democrats heading to the polls, Trump could be more of a liability, particularly if Trump’s approval rating remains low. Nonetheless, in both elections, Trump looms large in the SC-1 contest.

Statewide collaborative hip-hop project Amethyst is sending out another round of invitations, gearing up for a second compilation album.