True grit and the state of Charleston County schools 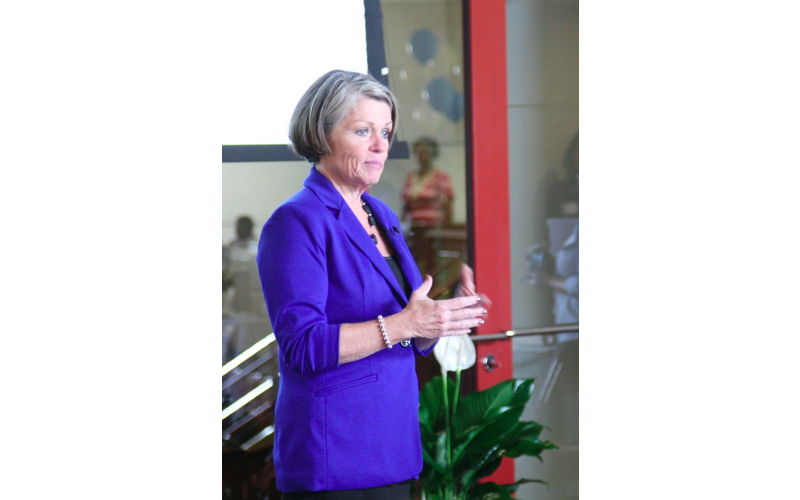 January Little has plenty of reasons not to smile. A son of recovering addicts, he spent six years in foster care and suffered abuse, poverty, and a house fire. But when he took the microphone to emcee last Wednesday’s Charleston County School District State of the Schools ceremony, he was all smiles.

“To my teachers, you didn’t feel sorry for me,” said Little, a junior at Burke High School. “You expected more out of me, and I delivered. Yes, I delivered.” Today, Little acts and sings with the Charleston Youth Company, and he was recently named the winner of a $10,000 college scholarship. Little credits God, his mother, and his teachers for his success, but he also gives credit to Overcoming Obstacles, an in-school life skills training program that also provided his scholarship.

Superintendent Nancy McGinley’s State of the Schools speech, given in a conference room at the College of Charleston’s TD Arena, showed the district inching forward on its goals for improvement. Standardized test scores are up, the graduation rate has increased from 67 percent in 2010 to 76 percent in 2012, and expulsions and suspensions are at four-year lows. But the bulk of the event was dedicated to highlighting unique programs at district schools, like Overcoming Obstacles, that have made an impact at struggling schools.

At Burke, Principal Maurice Cannon says the program helps students with life skills and character development in weekly sessions. “It’s organized through our guidance department, but teachers receive specific training with the curriculum, and students are with advisors in small group settings and school coaches for character development.”

What Little has taken away from the program, and from his teachers, can be described as grit. Education guru Paul Tough — a favorite of McGinley, who referenced his book in her presentation — calls grit one of the essential ingredients for student success, and he has defined it in keynote addresses as “perseverance in the pursuit of passion.” Cannon says Little’s story can serve as an example for other students. “In life, we do have bumps and bruises along the way, but regardless of those challenges, we have an independent will to choose our own destiny and to overcome those obstacles and those challenges that are in front of us,” Cannon says. “And January’s doing just that.”

Little works two jobs at Panera Bread and the Fudgery, and he just wrapped up an internship with the South Carolina Aquarium. On top of that, he recently competed in a robotics competition, and while his team only won a single match, Little says he was thrilled. “To win that match meant so much to me because we are a rookie team, there’s never been a robotics team at Burke High School, and to win a match with this new robot, it meant a lot to me,” Little says.

At the district level, too, Charleston County schools are winning small victories. The state Department of Education gave the district a Good rating for growth in 2012 (down slightly from the Excellent rating it gave in 2011), and pass rates on exit exams continued to trend upward, from 78 percent in 2010 to 83 percent in 2012. But gaps persist. While white students had a 98 percent pass rate on the exit exams, the rate was 87 percent for Hispanic students, 85 percent for African-American students, and 85 percent for students receiving subsidized meals. Eighteen percent of Charleston County students are still attending schools rated Below Average or At Risk by the state.

“I think we all know that everybody’s not playing on a level playing field,” McGinley said. “We are encouraged, but we’re not satisfied. And we cannot be satisfied until all students are achieving excellence and end their K-12 career ready to go to college or ready to enter the workforce.”

With scholarship in hand, January Little says he wants to attend New York University, and he is interested in pursuing a medical career, possibly to help people struggling with addiction. And his grades? “My grades, they’re doing great,” Little says. “I know I can always do better. If I’m making A’s, I want to go for A+’s. If I’m making this, I want to go far beyond.”