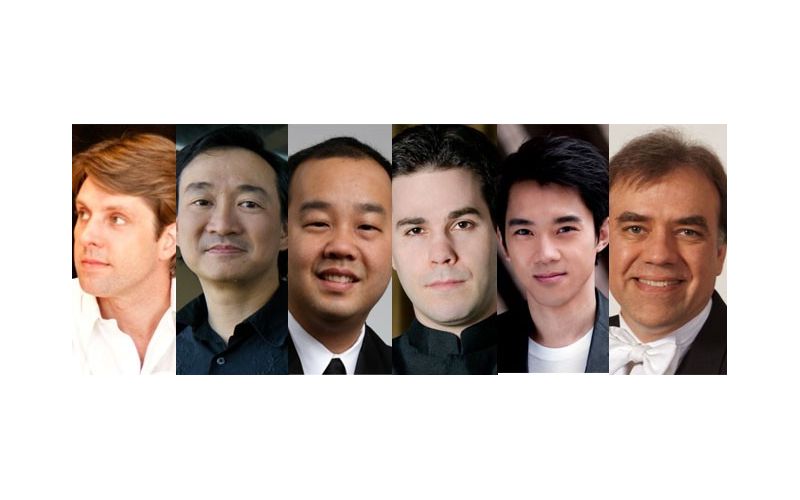 Who Will Get the Nod?

Saturday before last, as the final echoes of Camille Saint-Saens’ magnificent “Organ Symphony” gave way to its audience’s clamorous applause, the Charleston Symphony Orchestra ostensibly brought the six-concert “audition phase” of its search for the organization’s next music director to a close. I say “ostensibly,” because a member of the orchestra’s staff recently informed me that the CSO board’s search committee is in no great hurry — and that, if none of the candidates we’ve heard in the current season’s Masterworks series offer the precise combination of qualifications and strengths the committee is looking for, their search may yet be extended beyond this season.

But I rather doubt that will happen. Having personally met, spoken to, and heard in action each of the six candidates who have graced the Sottile stage since last fall, several of them strike me as having the “right stuff” the CSO is looking for.

And said right stuff is certainly not restricted to musical ability. The CSO board has no doubt exhaustively discussed the job in great detail with all of them, to evaluate each one’s qualifications in such areas as programming, fundraising, outreach, education, visions for the future, and general leadership — both onstage and off. My opinion as to who’s best qualified must therefore be based on the musical strengths and weaknesses I observed in their performances. So kindly take my predictions with a grain of salt — and remember: there remain many more grains in the salt shaker.

In my humble opinion, any of the six could probably do the job — though some can no doubt do it better than others. After all, the six hopefuls we’ve heard were winnowed out from among over 100 applicants for the job, and that tells me that all of them arrived in the Holy City with strong credentials and potential. So, musically speaking, there was nary a dud in the bunch. Read any of my six reviews if you don’t believe me.

Perry So ably delivered my favorite large-scale symphonic work of them all, with his warm and passionate reading of Dvorak’s seventh symphony. Sean Newhouse was entirely “fantastic” in Berlioz’s Symphonie Fantastique, surely the wildest and quirkiest piece of the lot. Lawrence Loh made me cry in his emotion-drenched account of Tchaikovsky’s doleful sixth symphony. Ken Lam may well have been the most meticulous podium craftsman of them all, achieving pinpoint precision and uncanny sonic clarity in Stravinsky’s Firebird Suite.

But, more than anything else, experience showed. And conductors tend to get better and better over time, as their experience mounts. The first of the candidates who apparently had the most podium time under his belt was Christopher Wilkins. Folks in the know claim that Jean Sibelius’s music is a conductor’s ultimate challenge, and Wilkins negotiated that master’s Symphony No. 2 with wondrous skill and confidence, drawing exquisite sonic textures and subtlety of nuance from his players. Then there was Michael Butterman, who directed Camille Saint-Saens’ mighty “Organ Symphony” with, out of the entire group, perhaps the greatest sense of sheer joy, a contagious exuberance that he communicated to his orchestra and audience alike. Thus (drum roll, please), I dare to declare — musically speaking — a tie between Maestros Wilkins and Butterman, with Maestro Lam hard on their heels.

In closing, this will be a choice of historic importance for the CSO. Resurrected not long ago from near-extinction, our hometown band has since rebounded to lay fresh claim to their previous status as one of America’s top regional orchestras. And the eyes of a nation that’s still full of struggling (or dying) orchestras are upon them — monitoring both their artistic virtues and their new-found fiscal strength, thanks to a sensible new business model. And it’s going to take a very special music director of many and varied skills to do them justice. I may be able to speak to our candidates’ musical qualities, but I’m certainly glad I’m not among those who will be making the final decision.

Keeping an eye on the CSO music director search