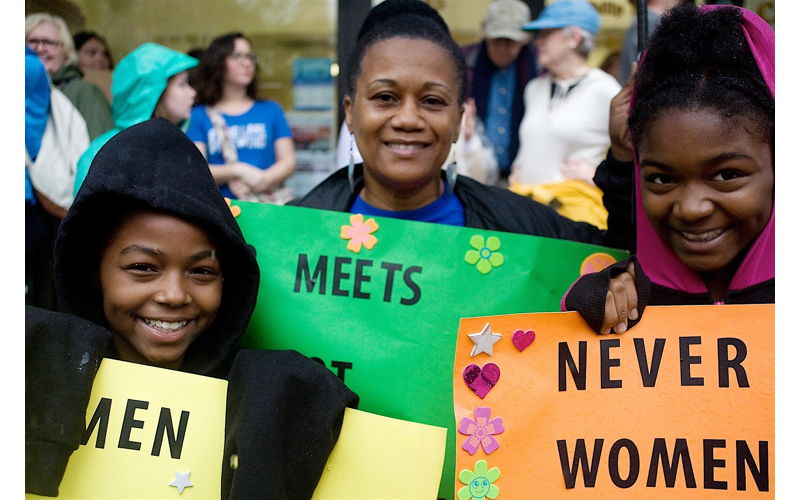 So much for last year's wish

As tempting as it is to regard the past year as an awful appendage to 2016, plenty of good things happened. We finally started listening to women (and believing them!) after years of doing the exact opposite, and our politics and culture are mirroring the actual makeup of America in unprecedented ways. So enjoy the last few days of our wokest year yet by looking back through what mattered the most in Charleston in 2017.

Dylann Roof is sentenced to death

Ten days before the inauguration of a president who stoked the flames of racial animus throughout his campaign, white supremacy was soundly rejected and punished at a downtown Charleston courthouse.

A jury sentenced 22-year-old Dylann Roof to death January 10 as he stared down blankly at the desk in front of him. Roof killed nine parishioners at Emanuel AME Church on June 17, 2015 and was found guilty on all 33 counts of a federal indictment in late 2016.

This story is still not over. Roof, whose online manifesto and journal entries revealed the depths of his hatred, is currently appealing his sentence from death row in Indiana. And he wants everyone to know how much he sucks. In September, the U.S. Court of Appeals rejected Roof’s request for new lawyers after he wrote that his current ones, a Jewish woman and an Indian woman, were his “biological enemies.”

That request was denied. An opening brief for the appeals case is now due on Feb. 20, 2018.

More than 2,000 people marched through the rain with signs reading “#FreeMelania” and “Make America Kind Again” at Brittlebank Park on January 21. Inspired by the Women’s March on Washington — which drew close to 470,000 attendees — the Charleston sister march was a repudiation of the sexism, misogyny, and straight-up assault that didn’t seem to matter to many on Election Day. As it turns out, the event was so nice, it’s happening twice. Charleston Activist Network manager Tamika Gadsen is planning a follow-up rally on Jan. 20, 2018 as a “call to action” for electoral justice: filling up statehouses and city halls with women and inspiring women to become more involved in the political process.

The commander-in-chief descended upon us for a tour of the new Dreamliner 787-10 at Boeing’s North Charleston facility on February 17.

Accompanied by chief of staff Reince Preibus, daughter Ivanka, and son-in-law Jared Kushner, the president toured the aircraft and gave a 15-minute speech in which he congratulated former Gov. Nikki Haley for her service at the United Nations.

The appearance spurred a protest, and a counter-protest, at the North Charleston Coliseum. Meanwhile, Gov. McMaster called it the “single best day in the history of South Carolina.” Trump seemingly made a jab at women’s looks by pointing to a nearby plane and asking, “What could look so beautiful at 30?”

Two days before the big speech on jobs, 74 percent of eligible Boeing employees voted against unionizing, and in June, Boeing announced it would be cutting “fewer than 200 people” across its North Charleston-based facilities.

The need for a public skate park entered Charleston’s public consciousness in 2007, when video of local skateboarder Corey Dowds being aggressively shoved by a police officer went viral.

The need for a skater haven has been evident ever since, but it wasn’t until March 4 that anyone wishing to do a kickflip could do so without risking their safety. Team Pain Skate Parks designed the 32,500 square foot park on the Upper Penininsula, which was supported by then-Mayor Joe Riley and built with money from private donations and the city.

“We’ve been fighting and working for it a long time,” said 34-year skating veteran Jason Wagner. “It’s epic that we got it. Especially for us old guys, if we had waited much longer, it might have been tough to be riding at this level.”

U.S. Census data estimates that approximately 55 percent of renters in Charleston County spend more than 30 percent of their income on housing. Those making $20,000 a year are almost twice as likely to spend that much. According to Charlotte-based firm Real Data, the average rent for an apartment in the Lowcountry sits at a lofty $1,113. That’s probably why Charleston voters overwhelmingly approved a $20 million bond referendum to build an estimated 800 units of affordable housing in November.

At the same time, some in Charleston worry that the rise of apps like HomeAway and AirBnB are giving way to a new form of gentrification. In this iteration, homes are either bought or built specifically so that owners can profit from short-term guests. The city’s Planning Commission and Short Term Rental Task Force spent the majority of this year compromising over what rules to put in place. So far, the Commission has agreed to only allow rentals up to 72 days a year, but they seem to favor allowing whole-house rentals. The rest of this debate, along with a final version of the rules that will be sent to City Council, will continue to play out into 2018. In the meantime, short-term rentals listings show no signs of abating throughout the peninsula and beyond.

Charleston was one of a handful of American cities lucky enough to be in the path of totality for the solar eclipse on August 21. That meant that for a full minute-and-a-half, some of us got to experience the thrill of near-total daytime darkness while simultaneously reveling in the jealousy of millions of other Americans. Charleston County Public Library gave out free sunglasses, MUSC held a viewing party at the Health Stadium, and thousands of cars belonging to the 1.6 million people who came to the state for a glimpse lined the streets. According to NASA, while two to four solar eclipses happen every year, a total eclipse happens only once every 100 years in any given location on Earth. So yes, it was quite a sight to behold.

After two years of hand-wringing and calls by local activists, clergy members, and the city’s African-American community, Mayor John Tecklenburg and City Council finally relented and agreed to work on a proposal to hire an independent auditor to review the tactics of the Charleston Police Department. The city hired Novak Consulting in February for an overall efficiency audit (a Tecklenburg campaign vow), but members of groups like Standing Up for Racial Justice and the Charleston Area Justice Ministry were quick to point out the firm’s mostly white makeup, as well as their lack of experience in handling a matter as sensitive as a racial bias audit. The April 2015 shooting of black North Charleston resident Walter Scott by white North Charleston police officer Michael Slager in North Charleston spurred communities to review departments accused of excessive force. Those calls grew stronger in September after the Department of Justice, under Attorney General Jeff Sessions, ended a law enforcement reform program and refused to release findings from a review of the NCPD. CAJM cited the disproportionate number of stops of African-Americans as a reason why trust has eroded between police and the black community in recent years. In a City Council meeting on Nov. 28, councilmember Perry Waring pointed out that City Council had the power to amend their contract with Novak Consulting all along, and compared the toil of convincing his fellow members to agree on a new auditor to “the birthing process.”

Michael Slager is sentenced to 20 years in prison

The long-winded and emotional trial of former North Charleston police officer Michael Slager ended on Dec. 7, when Slager was sentenced to 20 years in federal prison. A state murder trial ended in a hung jury in 2016, but Slager avoided a re-trial by pleading guilty to a federal civil rights violation in May. The four-day sentencing hearings in downtown Charleston were held in December to determine the underlying cause for the conviction: second-degree murder or manslaughter. U.S. District Judge David Norton eventually agreed with Department of Justice prosecutors that Slager had not only committed second-degree murder, but that he had also obstructed justice in moving a stun gun closer to Scott’s body as he lay on the ground. Bystander-shot video of the shooting was watched over and over again during trial, with experts on both sides debating what actually took place before Slager killed Scott. “All you hear is bullets going, and you see my brother fall to the ground,” said Scott’s brother Anthony in a victim impact statement at the hearings.