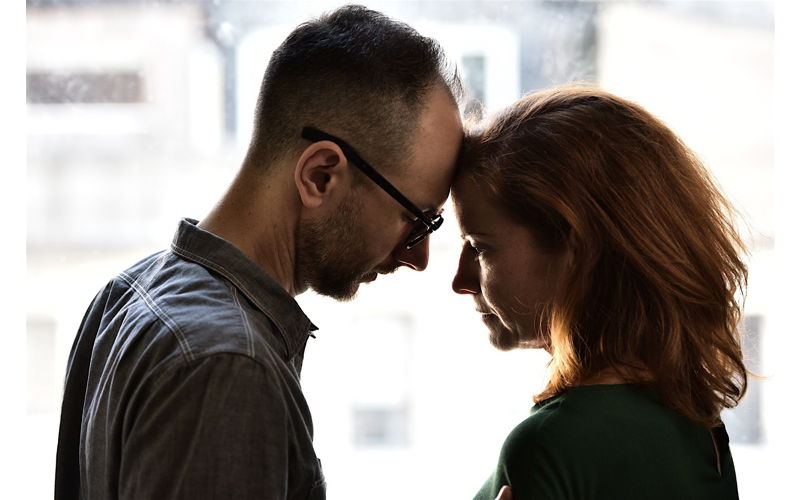 Timing is everything, the saying goes. Perhaps nowhere is this more true than on stage, when a miscalculated entrance, mistimed line or other temporal faux pas could upend a live production’s rhythm. The zeitgeist timing of a production, too, plays into its particular resonance, or lack thereof, with audiences. Think Hamilton: right music, right story, right socio-political moment.

In terms of this season’s Spoleto and Piccolo lineups, it’s fair to say the Salvage Company nails the “impeccable timing” category. The two-person play, staged in a support group type setting, explores the emotional quagmires of a couple reeling from their son’s death in an unspecified school shooting. Given that the script, written in 2015, was playwright Dean Poyner’s response to Sandy Hook, the fact that the timing is still uber relevant makes the play all the more powerful and, yes, urgent. Poyner and his wife, actress Monica Wyche, are the founders of the Manhattan-based Salvage Company, and co-star in this intimate production.

“When I started writing the play, Monica and I were newly married and new parents, and a confluence of things around Sandy Hook impacted me in unexpected ways. It became an archetype for an aspect of the world I, fortunately, wasn’t privy to,” Poyner says. Seeing similar tragedies play out again and again, Poyner believes, “makes us as a society look at things more closely, air them and bring them out into the light.”

As a theatrical event that touches on mass shootings, the play, sadly, does keep staying relevant, and will certainly be so when it’s staged during Piccolo’s opening weekend. But the themes of how people communicate through grief and tragedy, how they come to terms with unthinkable loss, are universal and timeless. Poyner’s script is full of sweet, poignant details — small memories that Brian and Rebecca share of their little boy who liked to pretend he was Super Zucchini Man, with super-powered eyesight and hearing, “because, you know, vegetables.” These tiny nuggets tap into more abstract feelings and ideas. “That’s the interesting dynamic of theater,” he says, “the way the specific points to the universal.”

Audience members can expect the engrossing dialogue to include lovely moments of lyric poetry, counterpoised with anger, hurt, blame — the gorgeously chaotic gamut of human emotion that unravels when, as the character Brian says at one point, “You’re floating through life, until the thing that gets you out of bed in the morning is cut like a puppet string, and you fall.” They can also expect to feel the raw impact of the acting, on the immersive, intimate stage setting in the Unitarian Church’s Gage Hall. And though the audience does not interact or take part in any way, they are a part of the support group circle, as perhaps in a cultural sense, we all are.

When Together We Are Making A Poem in Honor of Life in New York City debuted in 2015 in a New York production, the play featured two Broadway actors and was well received, but given the recent Parkland shootings and Charleston’s lurking shadow of the Mother Emanuel tragedy, the Salvage Company felt it was time to bring it back on stage. “We’re just parents and actors, and we have this script, this beautiful story. And it gets people talking about important issues,” says Wyche.

And though Wyche, an upstate native, and Poyner, also a Southerner and winner of the 2008 Helford Prize in Drama and an Alfred P. Sloan Foundation fellowship, haven’t acted together in nearly a decade, they are excited to assume the roles of Rebecca and Brian in Charleston.

“What an opportunity for such a personal performance — we’re both picturing the same child in our minds,” Wyche says. “We’re coming to it as a husband and wife playing a husband and wife. We have a shared memory, shared rhythm, and we’ve tried, along with the director, to create an aesthetic realism, so everything feels very natural, with as little artifice as possible,” adds Poyner, who holds an MFA in dramatic writing from Carnegie Melon.

The goal is to allow the audience to experience the play and its emotional magnitude as directly as possible. My sense is that won’t be hard to do.