To make it work, Charleston restaurants are evolving in size and shape 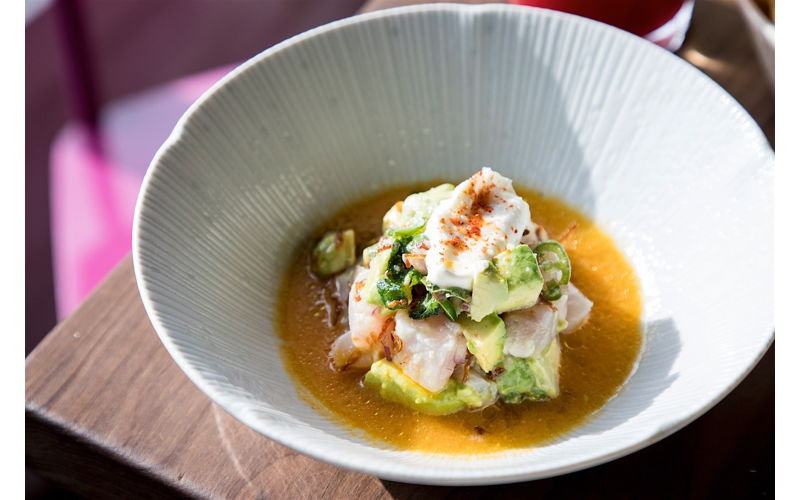 If you like bone broth, you would have loved the original restaurant. According to French food bible Larousse Gastronomique, the very first “restaurant” was the work of a 1760s Parisian entrepreneur, Mathurin Roze de Chantoiseau. Creating what translates as “restorer rooms” Chantoiseau’s spa-like concept served broths to restore bougie patron’s health and, much like the avocado toast today, the phenomenon took off.

But it wasn’t until the 1830s that America saw the dawn of its first modern restaurant. Of course, it happened in New York City and its name was Delmonico’s. As the story goes, two Swiss brothers, John (Giovanni) and Peter (Pietro) Delmonico, opened Delmonico’s in 1827. By 1831, after a devastating fire, their gustatory citadel (as it came to be called) reopened in a three story space defining what true dining should be — opulent, luxe, and over the top. Mark Twain ate there and according to Eater’s in depth history of the restaurant, Abraham Lincoln was a big fan of Delmonico’s potatoes — mashed potatoes covered in cheese and breadcrumbs.

Today the idea of a fine dining experience still echoes the original look and feel of Delmonico’s, but it’s a concept that’s harder and harder to execute, especially for projects without deep pocketed investors. And our oversaturated, understaffed Charleston food scene only makes it even more difficult.

But just as necessity is the mother of invention, challenges can induce creativity and we’re seeing just that in small scale operations, be it small staffs or small spaces, all over town.

For Jimmy Poole, owner of Pancito & Lefty, making the numbers work while offering a living wage, means taking an unconventional approach to the kitchen. He’s staffed up and down. Let me explain.

In late November, Poole announced that Pancito & Lefty’s kitchen would now be run by not one but three talented chefs — Greg Marks, Reid Henninger, and Corey Phillips. The idea? “This allows us to put a schedule together and run it tight, with a lean crew. It’s efficient. The efficiency is the most important part,” says Poole.

Efficiency means everyone is full-time, no one makes less than $15 an hour, and the three chefs can run all the positions in the kitchen, dishwasher included.

“If you can keep a team together, you can build,” says Poole. “It costs money for every employee that turns over.” And doesn’t Charleston know it. It’s a staffers game right now as employees have the option to hop from restaurant to restaurant. Rather than continually train up then lose staffers, Poole is hoping his pared down approach keeps his small team happy and on board.

“We’re trying to eliminate roles that feel insubordinate,” Poole adds. “Every piece in there is important.”

The goal is to show all the staff that they get paid for what they do, especially the oh so crucial dishwasher.

“If someone makes $10 do you think he really cares? No, he doesn’t. No one can live on that. Then you cut them and throw a hot pan at them. Historically speaking the dishwashers are treated completely unfairly. We want to raise the level of professionalism.”

The challenge for Poole will be finding other individuals willing to buy into the team mentality. “Ideally, as we head into the next month and we pick up, we’ll be looking to bring on two more full-time in kitchen and potentially two or three in the front of house,” he says.

Michael Shemtov’s Workshop provides a solution to the small fry’s situation, a start-up incubator spot to test a concept before risking it all on a brick and mortar lease. And for some it’s working. Keegan Bird’s Beech is a testament to that.

The owner of King Street’s successful Beech restaurant, a poke bowl-cum-healthy eats spot, decided to open a pop-up at Workshop to test his concept’s pull with other diners.

“Well, basically the reason we did it is I liked the idea and thought it was interesting,” says Bird. “Sixty percent of our business is college kids. We saw Workshop as an opportunity to do zero cost to test our concept in a different demographic.”

Bird opted for a two month lease on one of Workshop’s stalls. “We brought three of our rock stars in to help us get going smoothly and then picked up six more people while there,” says Bird. “We didn’t have to do a build out. They had all the equipment there. There is no rent there. You pay for the space based on royalties on sales.” And with that flexibility and freedom, Bird found that his instincts were right. Everyone likes poke, not just college kids.

And thanks to Workshop’s encouragement, Bird is now planning to break ground on a Daniel Island Beech this summer.

“Workshop is ideal for a new chef to test a new concept. If they can work there, it can work anywhere else. New crazy idea, maybe you don’t have the means or confidence to go forward with it, it’s a great option,” Bird says.

For others, upending the entire idea of a traditional restaurant is the only solution. That’s been the case for Ross Webb, owner of R. Kitchen. For the past four years, Webb has operated his rotating chef, multi-course set menu restaurant out of a tiny former house on Rutledge Avenue, and against all odds, it’s worked. “My philosophy is we do it all. There are only six chefs, one being myself,” says Webb. The restaurant offers a different chef and menu each night for only $30. “That’s why I did it this way. We pay chefs more money, give them the flexibility of writing their schedule with the understanding that the guest has to be happy and food has to be good and the chefs have to be happy too.”

In a way, R. Kitchen is like a salon where stylists rent a chair, only at R.Kitchen it’s like they rent the kitchen for a few nights a week. Webb’s chefs include people like Rual Sanchez, of the former Raul’s Maya Del Sol, who loves the flexibility.

“The smallness, that’s why it works. I joke that it’s like Waffle House meets hibachi meets food truck because it’s the best parts of all three mashed together,” says Webb. “This has always been in my head — a small sit down place that forces people to sit next to two people you don’t know. It gets them to sit down and eat a meal together and try things.”

And, turns out, people like forced conviviality when its paired with great food. Webb’s original location was so successful, he was able to open his second R. Kitchen in West Ashley in 2016. And it stays just as packed. In fact, you’ll be lucky if you can book a table a month out. That kind of demand might make other restaurateurs stressed, but Webb manages to avoid that. In carving out his chef’s schedules, he’s managed to give himself some time off each week too. That doesn’t mean he doesn’t miss the thrum and crush of a traditional Delmonico’s-esque restaurant.

“All chefs are masochists. I genuinely miss every now and again getting your ass handed to you with 500 covers like when I was at the Boathouse at Breach inlet as the grill cook,” Webb says. “But I’m proud to know that my chefs, we did our time in the trenches and I’m proud to be able to offer them a better quality of life — chef heaven.”

Since about 2013 or so, acres of trees have given their lives to the musings of writers on the phenomenon of the “small plate.” The first few hundred pages were lamentations; jeremiads borne of empty bellies and wallets, and mournful elegies to the Old Way of Dining.

How Chef Jill Mathias made a tiny, unconventional Chez Nous a can’t-miss restaurant

For some Charleston restaurant personalities, chatting is a fine art