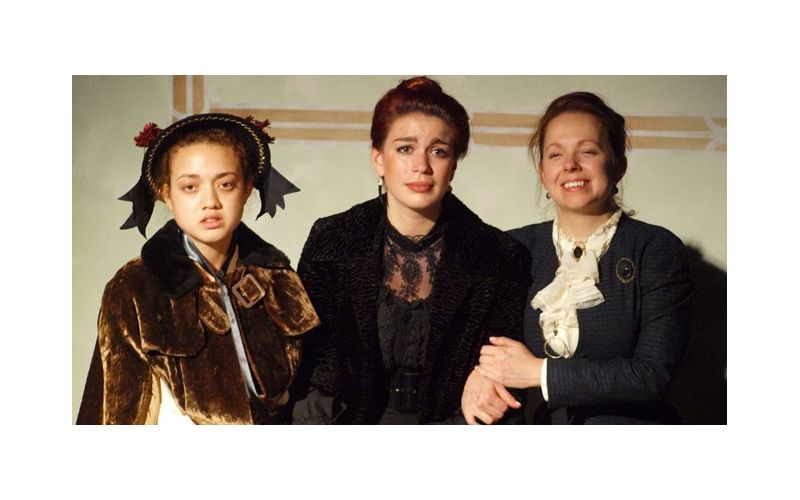 Chekhov, let’s face it, is not for everybody. Our “get over it” culture is never going to be entirely comfortable around a realist playwright who cranks up the existential angst generator, sets his characters pacing the Persian carpet and then lets them unashamedly fire off statically charged sparks of pain and longing into the audience. No, we do not generally wish to be scorched in this way. We like our tragic protagonists proactive. We like them to fight tooth and nail, not philosophize. Only spend a quarter hour with the Prozorov family and you might start thinking of them as the Prozac family. But this probably says more about us than it says about them — they who believe there is dignity in suffering and that suffering is the price of admission for being a thinking animal capable of great passion, resilient yet resigned to fate.

The Prozorovs — Olga, Masha, Irina, and Andrei — are a cosmopolitan, educated bunch, Moscow born and bred, but stuck in a provincial Russian outpost. Their father’s military service marooned them in this garrison town upon his death. As Three Sisters opens, we see each of them struggling in their own way to adapt to or flee from this unkind turn of fortune.

Olga (Sarah Wallis Craven), the oldest, has found an uncomfortable refuge in teaching. At 29, she is the de facto mistress of their shabby genteel household. Masha (Haydn Harding) married young, wears black exclusively as if to underscore that she’s the disillusioned wife of Kulygin (Brendan Kelly), Latin master in the local high school and an all-around exasperating if well-meaning dolt. Fiery Masha is a prime candidate for straying from her marriage vows, and the sudden arrival of the dashing, philosophical Lieutenant-Colonel Vershinin (Paul O’Brien) provides the irresistible detour. At 20, Irina (Hannah Martin) is the baby of the clan and longs for the family’s return to Moscow where she is certain her true love awaits her. Their brother Andrei (Peter Galle) is all but part of the household woodwork, barely keeping alive a dimming prospect for a Moscow university teaching career. He’s the object of relentless teasing for his love of Natalia (Aly Howard), an awkward, insecure, uncultured girl who’s just too easy a target for Masha’s blunt, sarcastic wit.

As Olga, Craven is the steady center here, holding the family together — carefully creating a portrait of dutiful, stoic resignation. Haring’s Masha is both gorgeously gloomy and feisty. She provides much of the play’s humor, unexpected as it is. Martin manages to hand-wring her fresh-faced character to the brink of a loveless, compromise betrothal to Baron Tuzenbach (Jay Danner) without losing any of her youthful charm. And for all his character’s passive-aggressive waffling, Galle gives Andrei a credible pulse and convincing moments of tortured regret. Paul O’Brien’s Verhsinin reminds us of a silver-screen matinee idol in voice and bearing, a real treat to watch.

Three Sisters often feels like an Edwardian-era reality show. But most of what makes up the plot happens off-stage, and rather than close-up TV confessionals, we get each of the characters in a turn about the room, pent-up and angst-y.

Director Judy Townsend has given Chekhov’s characters their natural pace and allows her cast to build up the moody tone of the playwright’s intention. Yes, Chekhov is not to everyone’s taste, but in this production at least the flavor has not been diluted beyond recognition. It may also explain why vodka is Russia’s favorite, straight-up anesthetic.