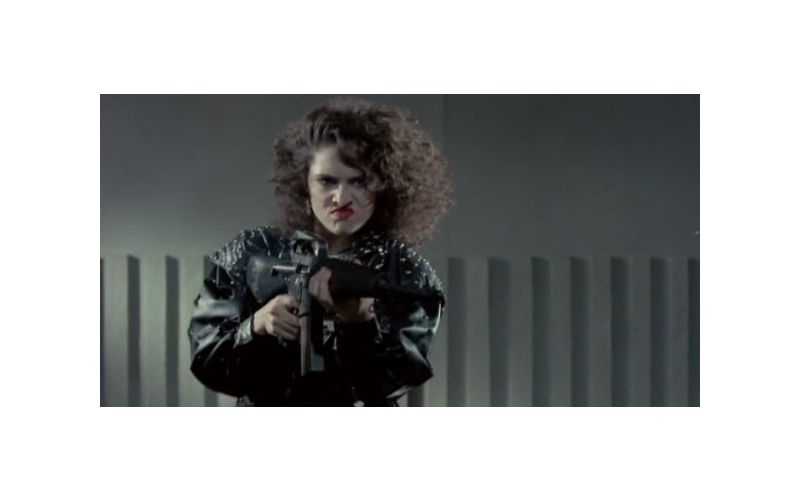 Some of the movies that I once worshipped as a kid are, in reality, ginormous piles of poop that actually reeked as much back then as they do now. The list below comprises a few of those films, as well as one of the more recent celluloid misfires (available through YouTube, Comcast VOD, and Netflix), that are meant to strike fear in your heart, but are more likely to inspire chuckles.

A dimwitted part of me assumed that since George Lucas released Star Wars in 1977, all the other films released that year had to be awesome as well. I hereby submit Death Bed: The Bed That Eats as proof of my naivete. As the title so subtly implies, it’s about a bed that eats people. Between the horrid dialogue, bad pacing, and a hungry bed, Death Bed is a diamond with a capital duh.

Much has been written about this movie. Hell, there is even a documentary, Best Worst Movie, devoted to the film’s rapid ascension into cult status. But it boasts more than just hokey line readings, little persons in goofy goblin masks, accidental homoerotica, and grandfather heads floating in mirrors. There’s also the movie’s pro-carnivore agenda. You see, the monsters in Troll 2 were evil townsfolk hell-bent on making people eat a shit-ton of corn and vegetables. Oh, and Troll 2, which actually has no trolls in it, was originally meant to be a standalone film, Goblins, but ultimately was awarded sequel status through the magic of misleading film distribution. Regardless of all the unintentional humor, the film is endearing in its own misguided way. This movie and the subsequent doc, Best Worst Movie, would make an excellent double feature.

An evil slug climbs inside the private area of a white college girl studying anthropology and possesses her with the spirit of the South Sea Queen. Apparently, this possession makes her dress up in a leather jacket, indiscriminately fire a machine gun at people, and, conveniently, ape practically the entire script of James Cameron’s 1984 film The Terminator. Oh, by the way, this whole possession thing gives her the ability to seduce horny dudes and ultimately bite off their weiners with her insatiably hungry vagina. Yes, it’s that kind of party, folks. Choice lines include, “I am not a lady. I am an anthropologist!,” the come-on line, “You wanna have a good time? I’ve got some pot in the car!,” or a bad dude’s exposition-heavy, “Let’s get shit-faced drunk! I just won me a couple grand at the races! Hey, you serve beer here or just milk?” How can one go wrong with Lady Terminator?

Have you ever seen Steven Spielberg’s awesome 1975 film Jaws? That movie was so scary that it made beach-going sound like risky behavior. Have you ever seen Joseph Sargeant’s awesome 1987 sequel Jaws: The Revenge? That movie was so bad that it made movie-going sound like risky behavior. If you haven’t seen it, it’s about this shark (whom we can only assume is a relative of the 1975 Jaws that got blown up in the original) that is terrorizing the oh-so-unlucky Ellen Brody, wife of Roy Schneider’s Martin Brody from the first film. Now it may sound far-fetched (because it is), but Ellen is so psychically linked to the shark that she can feel it when the shark attacks its victims. Oh, and the shark, plausibly of course, follows her character from Amity to the Bahamas. The performances aren’t much better, in particular Mario Van Peebles’ Jafakin’ portrayal of a Jamaican fella named Jake. And then there are all the on-water scenes that clearly take place in a big-ass studio pool. This was the last of the Jaws films. I’m assuming it’s because the powers-that-be didn’t feel like they could ever top the majesty of Jaws: The Revenge.

Meant to strike fear into the hearts of white Americans everywhere, Dinesh D’Souza’s exposé on Barack Hussein Obama shows our world in 2016. What awaits is terrifyingly funny. This film has theories predicting an economic collapse, World War III, and a “United States of Islam” while edits of dark clouds and horror film-worthy music are interspersed throughout. If I thought Obama was going to enslave us and eat our babies, I’d be scared too. As it stands, I think it’s funny enough to be one of Kent Brockman’s segments for “Eye on Springfield.”