There is a lo-fi sweetness to Win Win 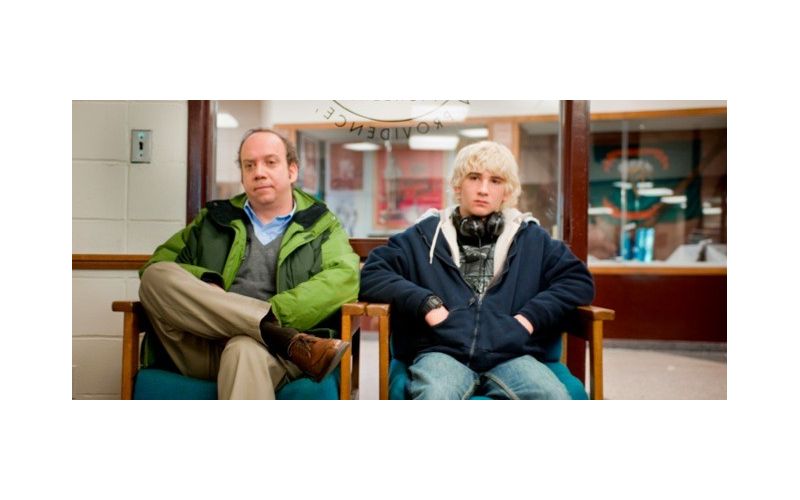 Even those with an aversion to upbeat, sports-themed, feel-good dramas are bound to be seduced by the wrestling indie Win Win. For one thing, the film comes accessorized with shaggy art-house underdog Paul Giamatti, he of the soothing purr of a voice, the lovably neurotic ticks, and the pleasing regular-guy quality. And Win Win comes bearing additional gifts, too, in its vision of American life, with all its potential disappointments and small pleasures that are rarely treated in mainstream films.

Giamatti plays Mike Flaherty: husband, wrestling coach, lawyer, and beloved mensch in his small Jersey town. He’s a guy oozing decency and good intentions. In any other film, those things would add up to make him an exemplar of success. But director Thomas McCarthy (of the similarly slow-burn The Visitor and The Station Agent) is committed to the realism of ordinary life. And so in America circa 2011, even an independent law practice and loving wife and family can’t guarantee happiness. Mike’s office boiler is about to conk out and clients aren’t exactly beating down his door, and he’s beginning to have ground-hugging panic attacks.

While the rest of the world is living large, Mike is just barely eking by, existing painfully within his means and driving a Subaru. He looks around the condo belonging to his recently divorced best friend Terry Delfino (Bobby Cannavale), and instead of seeing an unhappy, newly single dude, he sees a swank pad filled with cool gadgets. The sly little winks inside Win Win are those little spasms of lifestyle envy that can veer you off track and make you forget the things of real value.

Finding himself in dire economic straits, Mike decides to enhance his monthly income by serving as the legal guardian of elderly client Leo Poplar (Burt Young) whose deadbeat daughter (Melanie Lynskey) is in rehab, overstepping his professional relationship with a nasty taint of self-serving greed to boot. It’s a slightly slippery move by a stand-up guy, a moral override brought on by desperate circumstances. Win Win is a film interested in how a basically decent man can make a decision that proves potentially ruinous, especially once the man’s grandson Kyle (Alex Shaffer) shows up on his doorstep asking questions about Leo’s new nursing home accommodations.

Kyle is from all appearances a magnificent screw-up: a smoker, a car thief, a disengaged kid with a head of bleached-blond hair more Gummo than Kurt Cobain. Mike and his Jersey-tough, no-nonsense wife Jackie (a winning Amy Ryan) take Kyle in until his mother can get out of rehab. And gradually, his mute, troubled facade melts away. Despite the juvenile delinquent drag, Kyle reveals himself to be a good kid devoted to his surly grandfather, and he harbors the secret of being an exceptionally gifted wrestler. Like a shark smelling blood in the water, Mike and his fellow wrestling coach and office mate Stephen Vigman (Jeffrey Tambor) go into attack mode, enrolling Kyle in the local high school and suiting him up to take their team of easily pinned misfits to the championship. Like a buddy film with four buddies instead of just two, the coaches are joined by an excitable Terry, who suddenly wants to be part of the winning team. For Terry, it’s a nice distraction from his busted-up marriage for him to hitch his star to all of the promise of Kyle’s wrestling genius.

There is a shambling, lo-fi sweetness to Win Win, whose characters have the matter-of-fact charm of the small-town iconoclasts and blue-collar volk in John Sayles’ films. Less a story about strived-for wrestling greatness or a jock epiphany, Win Win , like McCarthy’s other films, is about human connection. It’s about the kinds of families united not by blood but by love. It’s a jaw-droppingly simple, sweet idea. And it’s the perfect remedy for a brash, bellowing world where such small, earnest endearments are easily overlooked.