There are no heroes in The Dark Knight Rises 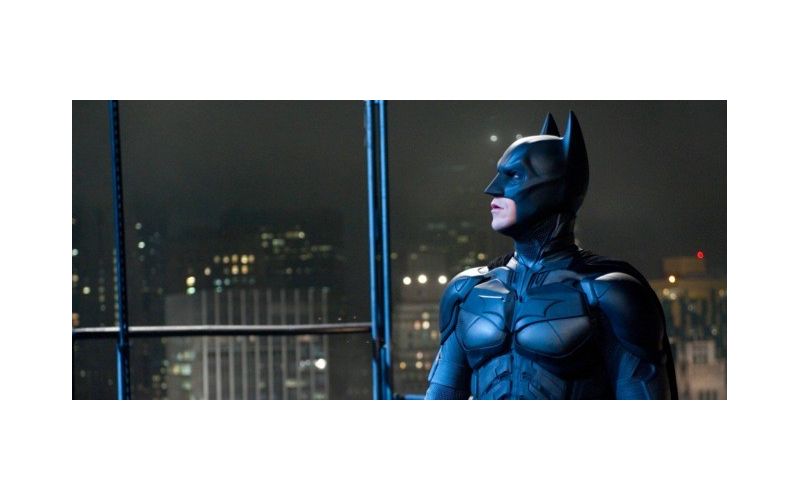 The Dark Knight Rises may be the darkest, the grimmest, the most depressing summer popcorn movie ever. It is not summery. It is not popcorny. There is no adventure here. There is no escapism. There is only grinding reality to be endured in the harsh mirror it holds up to the audience. For there can be no mistake that the people of Gotham are us, we 99 percent huddled in the dark, frantic for a hero we will not find.

In Christopher Nolan’s first Dark Knight film, Batman Begins, Gotham was a clearly fictional place — inspired by New York City, no question, but the Gotham skyline was emphatically a fantasy. Here, there is less of a pretense. Some of the iconic buildings and bridges of the Manhattanscape are not disguised or altered. That is Fifth Avenue, symbol of luxury and wealth. That is Wall Street, symbol of excess and greed.

Who occupies this city? The 99 percent are janitors and delivery guys who are ignored and pass invisibly through halls of power. They are a cat burglar, Selina Kyle (Anne Hathaway), who steals from the rich because it’s a good way for a clever girl to make a living. They are the idealistic young cop John Blake (Joseph Gordon-Levitt), whose romanticism will be shattered as he confronts the realities of his hero, police Commissioner James Gordon (Gary Oldman). Gordon is on the other side; he has been abetting the elevation of district attorney Harvey Dent to City Savior and the demonization of the Batman, who took the fall for the crimes and sins of Dent at the end of The Dark Knight. And of course there’s billionaire playboy Bruce Wayne (Christian Bale). He has now turned recluse and is presumed to have gone all Howard Hughes, but over the course of this story — beautifully and bleakly written by Nolan and his returning Batman writers Jonathan Nolan and David S. Goyer — we will learn that he wields power even while hidden away in his stately manor. We cannot and should not trust to his good motives, for he likes to play god, or at least master of the universe.

What happens in such an unfair world? A villain enters, this time in the form of the masked Bane (Tom Hardy), who takes advantage of those who are hurting, those. It requires only a little mass urban blackmail before Gotham is on Bane’s side, and despotism descends with the hurricane force of inevitability. The peasants of Gotham become a citywide mob, following a madman because it sounds like he understands them. It’s authentic French Revolution time. Nolan has said Rises was inspired by A Tale of Two Cities, except here the two cities are merely the two sides of Gotham. And Batman and Bane are two sides of the coin, both former disciples of Ra’s Al Ghul and his League of Shadows. They are physically and, in some ways, philosophically matched, garnering mythic power from their anonymity and from their steadfast adherence to a certainty about what’s “right” for everyone else. And around them, men die willingly and worshipfully for both Bane and Batman. The cult surrounding both of them is chilling.

This is a dysfunctional world that cannot continue, and yet it seems intractable. (In this it feels much like our world on the other side of that harsh mirror.) Even the day of reckoning for the 1 percent that is foretold by Selina Kyle to Bruce Wayne and comes to pass with Bane’s rise doesn’t seem to change much of anything. This mess feels unfixable. And yet the cast here is altogether extraordinary, carrying a weight of tragic, unavoidable destiny with them. Hardy deserves especial mention: His eyes and his body language are about all he has to work with as an actor, with most of his face covered through the entire film, but he is a terrifyingly brute presence. They’ve made a dark movie for our dark days even gloomier and less dismissible as mere entertainment.

This is a beast of a film, a beast that has us all in its red and rageful glare.