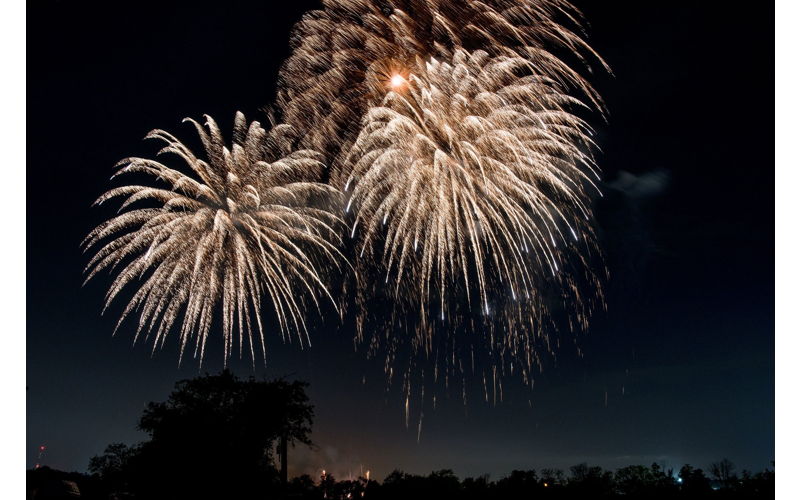 Soldiering on with soul

A third venue in as many years and ominous skies threatening tornados can’t stop Charleston’s best event. No need to bury the lede — the Spoleto Finale is back. Despite pounding rain (seek shelter!) a few songs into Benny Starr’s set, the show went on. (Starr did ask for it, teasing the release of his upcoming, Resurrection: A Water Album, and hoping for “at least a little rain”).

As the storm passed, folks took turns making runs into the persistent drizzle for beers and bottles of wine, until the sky cleared enough for Roti Rolls to reopen and feed the thinned masses. The few hundred folks that crowded into the covered shed at Riverfront Park to wait out the tempest were treated to a private Curtis Harding show. The stage backed up to the river, reversing the direction of the audience from High Water and Trondossa and providing us a view of the receding clouds.

If there’s a major downside to the shift to Riverfront — apart from losing the special atmosphere of a concert at Middleton — it’s the loss of BYOB. It’s a legal thing, but 12-ounce pours of Edmund’s Oast blonde and IPA at $8.88 plus tip aren’t enough to replace what’s lost. At least sling affordable pints and have a few more options. But the $26 bottles of wine were a passable replacement.

Around 8:45 p.m., Curtis Harding finally took the stage, pushing through audio feedback after the waterlogged tarps were dragged from the amps and drums. “We made it y’all,” he shouted, acknowledging the storm that almost ended the show. Harding hit his stride by the second song, “Go as You Are,” and built the energy as the crowd consolidated. Despite the thin audience in the back, the standing room folks up front were as thick as during the finale’s heyday with Shovels and Rope or St. Paul and the Broken Bones.

Harding wore bright red pants, a black tee, a gold chain with gold sunglasses, and a black bucket hat, casually stoking the crescendos until an unexpectedly early “this is our last song” announcement. The band churned their way through a groovy, hard-hitting “Need Your Love.” At 9:40 p.m., the enthusiastic chants for an encore seemed like they’d be answered, but the planners must have been feeling an incentive to get the trademark fireworks off before 10 p.m.
[content-3] Charleston’s best pyrotechnics show lived up to expectations with a concise pop-off to Queen’s “Don’t Stop Me Now.” With no deceased icons in the last six months (maybe it was too soon to pull off “Right Place, Wrong Time”?), the song fit the bill. We looked around and smiled, high fived, and knew that after a huge moment of doubt with the loss of Middleton Place as host venue, the Spoleto folks had pulled it off.

From ample port-o-lets to golf cart shuttles from the parking lot, the Spoleto team was prepared for a much larger, sunny day crowd. If this Curtis Harding show were a one-off event, the rain would have forced the planners to take a bath. Thankfully, it’s a legacy event supported by a much larger festival. From an audience perspective, the Spoleto Finale is back atop the A-list.

Without percussion or bass, saxophonist Mark Turner and pianist Ethan Iverson performed a set of jazz tunes flourished with solos and near-perfect rhythm. To call them a band is an overstatement. Tuner and Iverson are more like a duo of soloists expertly vying for the audience’s attention. For the first half of the performance, this […]