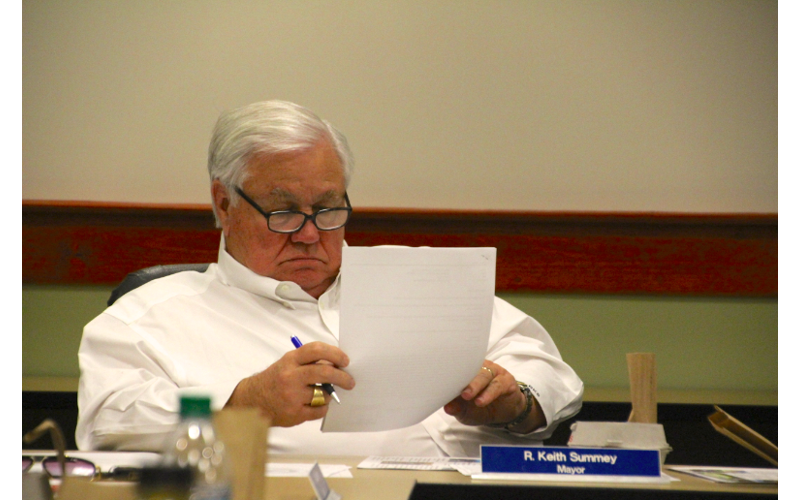 In May 2016, then-U.S. Attorney Bill Nettles joined North Charleston officials and members of the Justice Department to announce the launch of a collaborative assessment of the North Charleston Police Department. There had been a call for a federal investigation into police practices in the city following the death of Walter Scott, who was gunned down by officer Michael Slager in 2015.

Surrounded by reporters with officers looking down from the second-floor balcony inside North Charleston City Hall, Nettles boasted about the work that the Department of Justice’s Community Oriented Policing Services (COPS) would be doing in the city — and the publication of their findings.

It’s now become clear that the community will have no such opportunity. After a major overhaul of the COPS collaborative reform initiative, the Justice Department is now refusing to release its findings on the North Charleston Police Department or issue any further reports stemming from these assessments. After more than a year of waiting, a look back reveals the slow death of the collaborative reform assessment in North Charleston.

In May, Slager pled guilty to a federal civil rights charge for Scott’s death, ending more than two years of legal efforts to convict the former North Charleston officer. In exchange for dropping a state murder charge, Slager confessed to using excessive force to deprive Scott of his rights while on duty as an officer of the law. Slager still awaits sentencing.


“I think that in May when Officer Slager pled guilty to violating the civil rights of Mr. Scott, that caused residents to once again want to go deeper because they realized that it wasn’t just one officer. The experience of residents is that this is a systemic problem that needs to be addressed.” said Monique Dixon, Legal Defense Fund senior counsel, in a City Paper interview following the release of the report.

According to Dixon, the release of the COPS assessment had been repeatedly pushed back throughout the summer months. The Legal Defense Fund report was not only a way to provide information to residents, but also push the Justice Department to make its findings public.

In a letter dated Aug. 9, North Charleston Mayor Keith Summey wrote to the COPS Office to request an update on the status of the collaborative reform review. The letter makes it clear that pressure had been mounting in the community.

“Over the past month, various community groups, individuals, and my council members have asked me to request a status report of your efforts. I know that our city, our police department, and members of the community have provided information to your office for the past several months,” Summey wrote.

[pdf-1]According to city spokesman Ryan Johnson, the next correspondence from the COPS Office came in September. By that time Attorney General Jeff Sessions had effectively terminated the collaborative reform initiative program as we know it, which he described as “expensive wide-ranging investigative assessments that go beyond the scope of technical assistance and support.”

Four days after the Justice Department announced changes to the collaborative reform initiative, the COPS Office wrote to North Charleston Police Chief Eddie Driggers to formally outline the new process. Instead of releasing a full report highlighting shortcomings within the department and offering a clear set of recommendations to improve community trust, the COPS Office will now provide “technical assistance” to requesting agencies. Under a new memorandum of understanding, approved Thursday evening by North Charleston’s Public Safety Committee, the COPS Office has agreed to provide resources and develop a work plan based on priorities set by the North Charleston Police Department.

[pdf-2]
“In anticipation of you approving the technical assistance MOU, I’ve worked with the Department of Justice, specifically the COPS Office, and have a meeting in Washington scheduled on Oct. 30 to stay ahead of this, to affirm our commitment to the collaborative reform initiative, and to set the steps to move forward,” Chief Driggers told committee members before the new agreement between the city and the Justice Department was unanimously approved with no further discussion.

When contacted for comment on the decision not to release the COPS report, a Justice Department official provided an updated overview of the collaborative reform initiative and the major changes to the program.

Listed among the Justice Department’s topics for technical assistance are strategies targeting violent crimes “such as those involving gang activity and drugs,” police response to mass demonstrations, officer safety, and training for de-escalation strategies. Although previous COPS assessments, such as the report on the Las Vegas Metropolitan Police Department, have recommended training in fair and impartial policing to address the issue of unconscious bias, no mention of police bias or unnecessary use of deadly force is made in the new collaborative reform initiative list of technical assistance topics for 2017-2018.

Looking back on the initial announcement of the collaborative reform initiative in North Charleston, the optimism of former U.S. Attorney Bill Nettles is a reminder of how much the country has changed since that day in May 2016.

“This is how democracy works,” said Nettles. “There was a tragedy. There was a call from the community, and the government heard it.”