The Sleepwalkers may be from Virginia, but their lush harmonies sound like sunny California 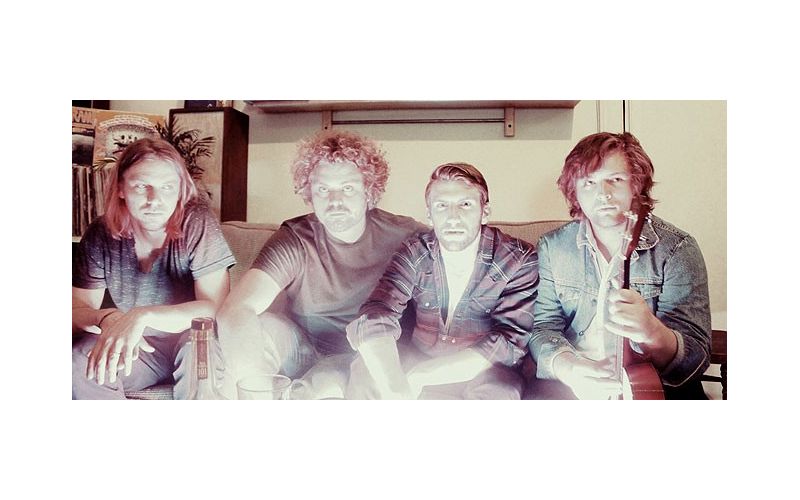 A quick listen to Sleepwalkers’ 2014 album Greenwood Shade might make you double-check the release date. Led by brothers Michael and Austin York, the Richmond, Va. quartet sounds like it could’ve emerged from California circa ’77. The production is richer than chocolate cake, with a miles-deep rhythm section, creamy piano, and airtight, passionate harmonies. But there are modern touches spread throughout the album, too — a serrated guitar riff here, an effects-laden vocal there. Overall, think Fleet Foxes meets vintage Fleetwood Mac.

That throwback sound is completely intentional, by the way. In an age where many bands say they didn’t deliberately sit down and talk about what kind of sound they should have, singer/songwriter/guitarist Michael says he knew exactly what he wanted. “Me personally, I’m a huge fan of that lush, 1970s production style, from McCartney to Michael McDonald,” he says. “We wanted to incorporate those sounds but sort of put a modern spin on it. I wanted to make sure there was some depth to it, where you could blast it in your car, but if you listen to it at one-percent volume on headphones, you can still hear the trebly parts and the harmonies.”

Michael and Austin wouldn’t have been able to achieve their vintage production vision without Alex DeJong, an engineer at White Star Sound, where Greenwood Shade was recorded. Michael says that after two years of recording their own material, he and Austin, who share songwriting duties in Sleepwalkers, were more or less clueless about how to use a studio. Michael says, “We had no idea what we were doing when it came to engineering. They had this great console, and we didn’t know what to do with it. Our finished songs sounded like demos.”

He adds, “Finally, the owner of White Star recommended that we work with Alex. He started recording us and helping us deconstruct songs. He dialed everything in for us, got the tones for us, and gave us a lot more depth. It was a learning experience for us. He taught us real production and helped make the vision we had possible. And then about six months later, he started performing with us.”

Michael says that the band, which now includes DeJong on drums and guitarist/keyboardist Brad Heath, devoted the most attention to their vocal harmonies, often spending hours perfecting vocals on one single track. “Oh gosh, we could probably make a whole anthology of those harmony sessions,” Michael says. “It was just take after take in the studio. We would have an idea for the group vocals and then work on them until we hashed them out. But that’s because [the vocals] are the most important thing. The vocals have to have the right feeling.”

Despite the attention to detail, the album didn’t take as long to make as it could have; all told, they needed two weeks to record and three days for mixing. And that’s chiefly because, since forming in 2013, the band worked for months on their sound. Some of the songs on Greenwood Shade date back even to pre-Sleepwalkers days. “It felt like we had all of our lives to write and think about what we wanted to do. And there was no outside pressure; it was all up to us,” Michael says.

In addition to Greenwood Shade, Sleepwalkers’ has two Christmas releases under their belt, 2013’s Merry Christmas EP and the 2014 single “Under the Christmas Tree,” and the band is emphatic about keeping the product coming. “In this day and age, everyone’s A.D.D.,” Michael says. “So the business model of a band should be to release as much music as possible. Our philosophy is, ‘Put out a record, tour a bit, but don’t be slackers when it comes to regular releases.’ I think it’s important to put out as much as possible so people don’t just lose interest.”

Given the studio wizardry that the band has achieved, it’s reasonable to wonder if they have a problem reproducing their sound live. Michael says that it’s a challenge, but they rely on technology and discipline to make it through. “Every night’s a bit different, but we use a few samples and some vocal processors to make up for it,” he says. “But to me it’s about the components of the song: rhythm, lyrics, and melody. I think if the songs are good enough, you can pull it off. And I’m really a fan of the songs being played the same live as they are on the record.”

Well, maybe not exactly the same. “The only thing that would be different is maybe my guitar playing,” Michael laughs. “I still have a little Angus Young in me. I like to go crazy here and there and be a certified shredder.”