The Ryan Gosling-led Drive is in a class by itself 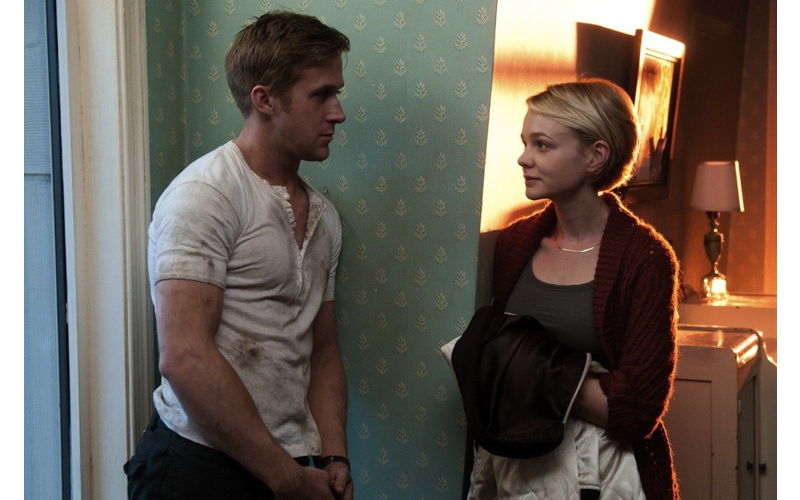 Remember Drive Angry from earlier this year? This is not that movie. This is not glammed-out Nicolas Cage playing a violent demon who really gets a kick out of fast cars and wants to get your blood pumping along with his.

This is Drive Calm. This is Drive Cool. This is Ryan Gosling as a soft-spoken, sensitive soul, a guy extremely proficient at driving fast cars but who doesn’t seem to get much of a thrill out of it, and neither, it seems, does Drive the movie wish to turn you on. This is not a fast-paced adrenaline-fueled high-octane thriller. Oh, sure, later comes the ugly and brutal bone-crunching violence, but there’s nothing lurid about it. And so it retains its power to shock in ways that few studio films can retain.

Danish filmmaker Nicolas Winding Refn made a few ugly and brutal and bone-crunchingly violent movies in Europe — his last, Valhalla Rising, is a harsh take on Norse mythic history — and now he’s gone Hollywood with Drive without actually going Hollywood. There’s far less driving in the film than you might expect, given the title and given the fact that it’s about Gosling’s unnamed movie stunt driver who has a side job in freelance getaway driving, and that it’s set in Los Angeles, where the car is worshipped.

Instead, Refn (working from the novel by James Sallis, adapted for the screen by Hossein Amini) seems intent on teasing us with the prospect that a Hollywood action movie might break out at any moment. He rolls out a vision of L.A. that is simultaneously futuristic and retro and right now, a little bit Blade Runner, a little Valley Girl if only in its cursive pink credits and Gosling’s favorite satin jacket, and a lot shiny sunny action-movie Southern California. Mostly, we wait along with Gosling’s driver. One of the most tense sequences in the movie involves him quietly sitting behind the wheel of a getaway car waiting for the people he’s driving to emerge from their crime scene. Punctuating such moments are others of intense motion — a car chase here, a shootout there — that erupt with such sudden fury that you barely realize they’ve begun before they’re over. Just as in real life, there is no lingering on the violence. There’s just no time.

There’s intense emotion as well, though it’s so sublimated that it, too, may slip by before you feel it. Gosling’s driver is a man of so few words that he is able to make others spill secrets merely by staying quiet in their presence. He conveys volumes of feeling with the slightest of smiles. Gosling so skillfully navigates this still-waters man through a tale of crime gone wrong that our ultimate revulsion of him is tempered with pity. Oh yes, his desire to help his pretty neighbor (Carey Mulligan) steers him wrong and into the paths of small-time gangsters (Albert Brooks and Ron Perlman, such delightfully twisted casting choices), and then, when the desire to help turns into an urgency to protect her, he does something so terrible that — well, eventually our pity turns to doubt. Perhaps we were wrong about him. Perhaps he is a tease, the Hollywood hero who threatens to break out but never does because he can’t. He is the Hollywood hero touched by the reality that he is a psychopath. And he presents an important question: If we are repulsed by him, why are we not repulsed by Hollywoodized versions of the same character?

It is Drive‘s nihilism that puts it in a class all its own. There are no good guys here, and the bad guys are no fun, either. And yet the film is thrilling, in its own unique way, by reminding us how tiresome genre rules can be unless they are bent to the point of breaking.