The other Lowcountry bivalve gets its day in the sun 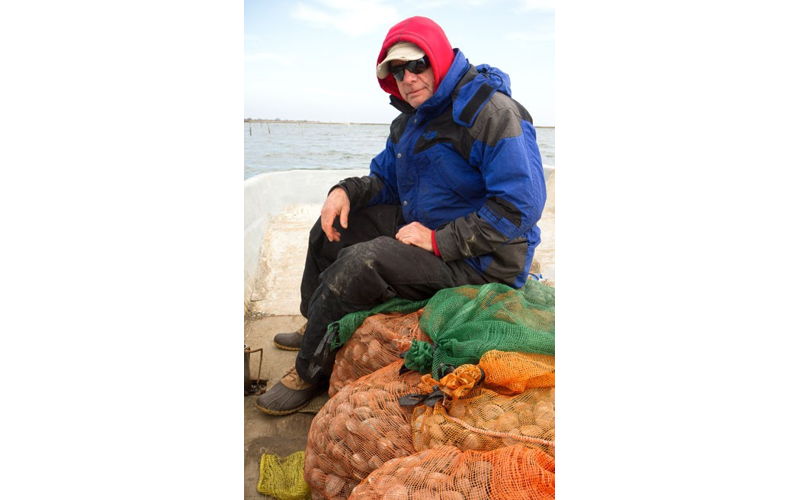 Timing is everything, and with clams, there’s no room for error. In the kitchen at La Pizzeria, tucked into a Coleman Boulevard strip mall, chef Zaza Nakaidze prepares a pan with extra virgin olive oil and garlic. He reaches for a handful of clams, gently adding the tightly sealed two-shelled morsels to the simmer before splashing in a few ounces of white wine and a handful of parsley. After three minutes, he pours in a bit of veggie stock and covers the pan. Checking back two minutes later, the clams have released their tight grip and opened wide.

Zaza cuts the heat and shows them off; they’re translucent in the middle, with a doughy golden edge.

“The more delicate the ingredient, the simpler the dish has to be,” Zaza testifies. “With good ingredients, you don’t need anything else. When you cook clams with garlic and extra virgin olive oil, if you mess up the garlic, there’s nowhere to hide.”

Zaza left his native country, Georgia, to study finance in Boston, where he found himself bunking with two Italian roommates who worked as cooks. That connection led to a job using his business knowledge to help open and manage restaurants around the city. With the kitchen shorthanded at an Italian seafood restaurant one night, he found himself cooking alongside an old woman from Naples. Inspired by her simple confidence and skillful results, he took more shifts in the kitchen, observing and learning the cooking methods of a previous generation.

After meeting his wife, Laura Zanotti (a native of Milan), the pair opened their own restaurant in Boston. In 2006, they moved south, buying the existing La Pizzeria in Mt. Pleasant and rebooting its menu to reflect their passion for authentic Italian cuisine.

But despite their abundance in the Lowcountry’s waters, Zaza couldn’t find a good clam.

Fortunately for him, “Clammer Dave” Belanger was in the process of rewriting his resume. Before adopting his current moniker, Belanger worked as a consultant for distressed and bankrupt businesses. During the dissolution of Atlantic Farms clam farm on Folly (once one of the largest clam farms in the world), Belanger saw an opportunity.

“The very first time I went out on a boat and surveyed what they had, my thought was, ‘A little guy could make a good living at this,'” recalls Belanger. “It’s just solid TLC, is what the job is. It’s taking care of live animals.”

Belanger traded his last month of pay for clam seed, which he planted with a kayak along mud banks north of the Charleston Harbor. It took three years to raise a harvestable crop, but he stuck with it, finding wholesale clients across the Eastern Seaboard.

In an omen of the coming recession in 2007, Belanger lost 60 percent of his business in a single phone call when his top New York City client dropped him. Ruffled but not defeated, he reworked his business plan, restructuring it to cater to the local market.

Zaza says Clammer Dave was quick to prove to him that good clams don’t require year-round cold water, thanks in large part to his unique farming methods. Belanger is the rare clammer that maintains a wet storage license, utilizing a technique where the clams are pulled from the mud and then suspended for three days in open water, allowing them to naturally purge themselves of grit.

“Most purging facilities on land have a UV filter that kills algae,” explains Belanger. “Mine are finished above the mud, where they’re still eating. They’re not tasteless clams like most that have been purged.”

At La Pizzeria, most of the clams used are vongole, the term used for nearly the smallest of edible clams. These retain the best flavor, says Zaza, sacrificing girth for intensity with each bite.

Clammer Dave also delivers his clams in a tight mesh bag, shunning the industry norm of a loose-fitting sack. The external pressure keeps the shells clenched shut, retaining their saline liquor until they spread wide in the pan. He also grades (sorts) them by hand, sizing clams to an exact specification that a machine can’t duplicate.

To sell my product, all I have to do is spill it out on the counter, and a chef sees it immediately,” says Belanger. “These clams are cleaner than anyone’s, inside and out.”

Zaza says it’s Clammer Dave’s consistency that’s kept him a weekly customer. Belanger works 14-hour days, seven days a week, juggling eight different permits and licenses for an operation logical in its design (in-water purging and filtering) but unconventional in the eyes of state regulators. The end result speaks for itself, and Belanger can barely keep up with the demand.

“When it’s on the menu, I’ve got to deliver,” says Belanger.

Whatever the season, clams are always on the menu at La Pizzeria. Back in the kitchen, Zaza adds a ladle full of fresh plum tomato sauce to a pan of oysters before stirring in a handful of spaghetti, made in-house with naturally low-gluten flour flown in from Naples. He finishes the pasta in the sauce, letting the noodles absorb the flavor and the tomatoes thicken in the starch — no butter or flour, just simple chemistry. The pasta is served within a ring of gaping clams, tiny flavor morsels begging to be forked, sucked, or picked from their shells.

Glasses of wine are poured while Clammer Dave and Zaza sit back and enjoy the bounty of their shared work. It’s the most unexpected of feasts, here in a tiny corner of Mt. Pleasant suburbia, but the flavor and fellowship rival the best of Italy, with the freshness that only close proximity to the sea can provide.

From Ireland to Le Bernardin to Hank’s Seafood Restaurant

Charleston’s greatest ingredient is the bounty of its waterways