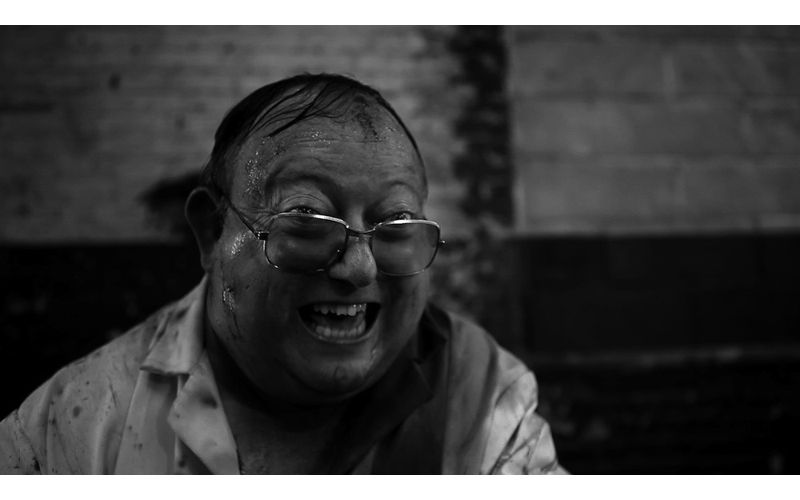 Meta-commentary has become so commonplace that it might as well be its own genre. One of the most blatant examples that comes to mind is Mel Brooks’ space spoof Spaceballs. When one of the supporting characters, the Yoda-esque Yogurt, whores out dolls of himself and other “moichandising,” the audience gets both a joke and an analysis on the film’s place in the real world.

Now, slowly merging into the genre traffic is the meta-sequel, a sequel that is more of a commentary on the previous film or films in the series and their resulting cultural impact than an actual continuation of the predecessor’s narrative. The movies that have adopted this approach have usually been genre pieces. Sometimes they result in works of spot-on satiric genius, like the underrated Gremlins 2: The New Batch, while others, like Blair Witch 2: Book Of Shadows, hit a new level of sucky studio-meddling.

Last year, filmmaker Tom Six gave us the unappetizing Human Centipede (First Sequence). Apparently the movie, about a mad doctor sewing three people together ass-to-mouth, moved beyond the movie nerd universe and crawled into the mainstream consciousness thanks to its “100 percent medically accurate” tagline and the plot’s punchline value for late-night comedians. Staying true to his word, Six has revisited Human Centipede with the meta-sequel Human Centipede II (Full Sequence).

Shot in stark black and white, the film starts out on macabre ground: There is a dumpy, bug-eyed parking garage security guard named Martin, who does his job while engaging in his favorite hobby, watching Human Centipede for the 189th time on his computer. Martin’s also a bit on the batshit insane side. His mom hates him enough to attempt stabbing him in his sleep. His psychotherapist wants to poke him, and his upstairs neighbor bullies him mercilessly. It wouldn’t be a stretch to say that, in comparison to the other film’s main characters, Martin is sweet and lovable in a child-killer way; this insanity is what makes it so easy for him to kidnap a few of the garage’s patrons in order to make a human centipede of his very own. But he dreams of having one that consists of 12 people rather than the original film’s piddling three. There is your plot. You’re welcome.

There are some good things about Human Centipede II: The black-and-white photography is not only visually arresting, it’s a saving grace when the gross stuff starts. Laurence R. Harvey’s mute performance as Martin recalls Peter Lorre’s creepy performance in Fritz Lang’s M. And there are a couple genuinely dark scenes of humor that make the movie about more than just an ass-to-mouth fest.

Here’s the bad, and this may make you gag a little: Fifteen minutes into the film, Martin’s mom walks into his room and asks, “Did you shit the bed again? Have you whacked it with sandpaper while watching Human Centipede?” Martin has. Plus a centipede is put up someone’s bum, teeth get hammered, tendons are split, and a mouth is stapled to a pair of freshly sliced-up butt cheeks (that would be the 100 percent medically inaccurate part of the film). Then the movie literally goes to shit when the centipede is force-fed a liquid laxative, which results in poo splattering the walls and the camera. This marks the first time my inner-adolescent didn’t enjoy a movie fart.

There is a litany of other shower-worthy stuff that is worse than what I’ve described. I’ll spare you the details. Where does that leave Human Centipede II? At least the previous outing wasn’t smug or dim enough to be dazzled by its own pseudo-brilliance. Like David Cronenberg’s paraphiliac Videodrome, the movie emphasizes body horror. Like Michael Haneke’s Funny Games, it glorifies violence while wagging its finger in the faces of the viewer. But unlike Cronenberg’s and Haneke’s movies, Human Centipede II can’t claim any real provocative genius. Six can’t even legitimately engage us with remotely interesting characters beyond Martin or a stable viewpoint. If your goal is to fill up barf bags, then cool, go for it, dude. Just don’t hide behind an intellectual conceit and call it something other than what it is: a geek show. If you’re going to have a man masturbate with sandpaper, give me a reason why. If you’re going to talk loud, say something.