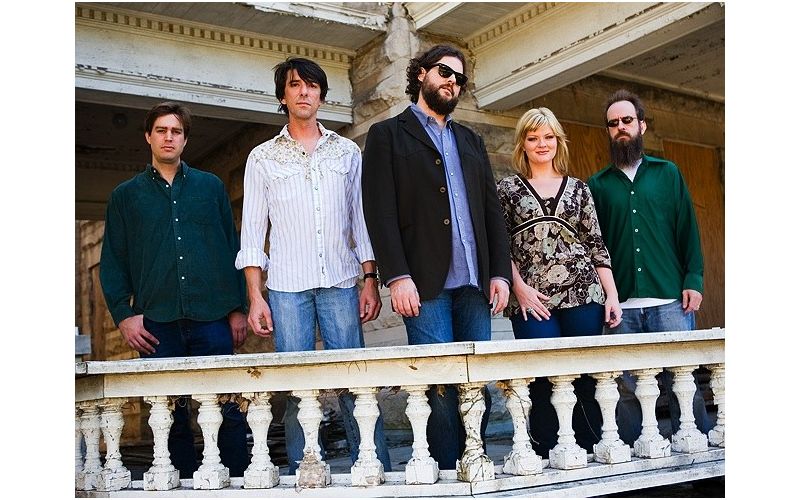 The story of The Drive-By Truckers is mostly uninteresting, or at least ordinary. In 1996, Patterson Hood and Mike Cooley, having been friends and bandmates in college a number of years previously, reunited, formed a new band, and named it The Drive-By Truckers. The band assembled some songs, like the rough country-rock singles on the Truckers’ 1998 debut Gangstabilly, and offered a kitschy, ragged take on Southern rock that promised more than it could deliver. But, for the time being, it got by on its unhinged charm and gave the young band a reason to hit the road. Hard.

More than a decade later, The Drive-By Truckers are notorious road-dogs, living on tour and breaking only to cut another album. And in those years of touring, that rough-around-the-edges country rock band grew into the most vital Southern rock band of the early 21st century.

But their story, as mentioned, is hauntingly ordinary. They started a band and played a lot of shows and made some good records. People started to take notice.

It doesn’t hurt, mind you, that even at their drunkest, the Truckers walk a lot of lines. They’re rowdy, but their band is tight. They’re a party band led by whip-smart storytellers. They wear their influences (Southern Rock Opera couldn’t have mentioned Lynyrd Skynyrd and Neil Young any more frequently) on its sleeves, but still have their own voice. It’s little wonder this band has managed to attract Southern rock devotees and art-centric critics alike.

When the band hit its mid-career peak, starting with the sprawling double-disc Southern Rock Opera, Hood had finally come to terms with his Southern upbringing and started exploring all sides of the South’s rich cultural history: the good, the bad, and the ugly. Cooley had begun contributing songs.

Later, guitarist Jason Isbell would contribute as well, before leaving in 2007 to pursue his already-fruitful solo career. But the band had set its path in the direction of embracing and exploring its Southern roots in a tone that managed to be introspective, humorous, nostalgic, and remorseful in turns and at once.

“Such is duality of the Southern thang,” Hood drawls, punctuating Southern Rock Opera‘s “The Three Great Alabama Icons” — a talk-sung story of the parallel lives (in Hood’s telling, at least) of George Wallace, Bear Bryant, and Ronnie Van Zant.

“I came of age rebelling against the music of my high school parking lot,” he notes. “It wasn’t until years later, after leaving the South for a while, that I came to appreciate and understand the whole Skynyrd thing in its misunderstood glory.”

With the Truckers picking up “the whole Skynyrd thing,” Hood became the voice of Southern rock today, his band the preeminent bar-band with a drawl. What Southern Rock Opera began, the band has now carried through four subsequent records: 2003’s Decoration Day, 2004’s The Dirty South, 2006’s A Blessing and a Curse, and 2008’s Brighter than Creation’s Dark. Sounds of country, classic rock, and Muscle Shoals soul weave together in the Truckers’ brazen rock-star power, while history and politics and plenty of good yarns form the bulk of the lyrics — whether penned by Hood, Cooley, or Isbell.

But good records don’t make stars. As talented a songwriter as Hood might be — and his latest solo album, Murdering Oscar (And Other Love Songs), is just one more example — it’s not his stories that have allowed The Drive-By Truckers’ audience to grow kudzu-like on the floors of venues across the country. It’s not the mere fact that by listening to a Drive-By Truckers record one gets a tangled, conflicted, and sometimes painfully accurate view of life in the South. And it’s not just that the band is full of top-shelf players who breathe hot, humid, booze-fogged life into these songs.

It’s the live-show, a notoriously riotous event recalling the guitar-glory and beer-raised fervor of the influences the Truckers’ so ostentatiously claim.

That’s why this Athens band with an ordinary story just might be the best classic rock band on the road today; it’s why we can expect the band to continue its ascent until Hood and Co. decide enough’s enough; and finally why The Drive-By Truckers might be one of the quintessential American rock bands.

The Drive-By Truckers headline a special event at the Music Farm on Thurs. Dec. 3 presented by Jack Daniel’s Studio No. 7. Fans may participate in an online ticket giveaway (a “guest list”) by clicking on the banner ad on City Paper’s homepage (charlestoncitypaper.com), verifying their age (must be 21 or older), and signing up for passes.