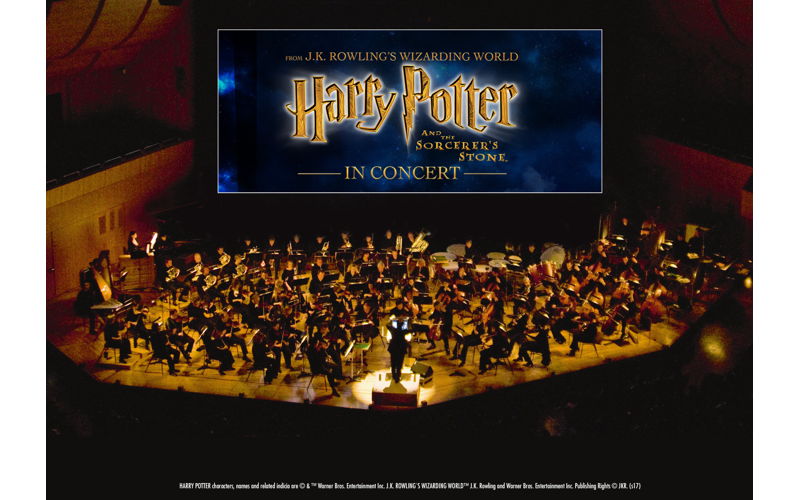 Imagine Indiana Jones cracking that whip or hanging by a rope from the back of that truck. Think of the lone swimmer in the ocean at the beginning of Jaws. Or perhaps think back to that moment in Star Wars when Luke Skywalker discovers his family has been killed by the evil Empire.

Now imagine those moments without the music swelling in the background. Takes away a lot of the drama, doesn’t it? Those orchestral scores provide so much of the drama, emotion and power of so many great films, but they’re often overlooked in favor of the visuals.

The scores for those three films we mentioned, Jaws, Star Wars and Raiders Of The Lost Ark, were all composed by John Williams, one of the most prolific and acclaimed creators of film music in history. Williams has five Academy Awards, three Emmys, four Golden Globes, and an astounding TWENTY-FOUR Grammys. But for those who consider art and entertainment separate pursuits, Williams might not have the same amount of respect as other classical composers.

Ernest Richardson, a conductor, composer and violist, is looking to change that perception, all while bringing people out to see their local symphony orchestras. Richardson is currently traveling the country to conduct local orchestras while they play the score for the 2001 film Harry Potter & the Sorcerer’s Stone, the first film in the massively popular series. And yes, as it happens, that score was composed by Williams. And as an added bonus, the film will play on a screen while the orchestra plays.

“It’s an opportunity for communities to hear their orchestras playing the soundtrack to this amazing movie,” says Richardson of the show, which is part of a series called CineConcerts. “And when they can actually connect what they’re hearing from these orchestras to what they’re seeing in these movies, they can recall what they were feeling when they saw it for the first time. It’s really pretty incredible.”

But it’s not just about people re-living the movie memories or enjoying their local orchestras. Richardson, whose lengthy resume includes stints as the pops conductor for the Omaha Symphony, guest conducting appearances for the Houston Symphony and the Florida Orchestra, a CEO position with the Rocky Mountain Summer Conservatory and founder/music director of the Phoenix Chamber Players, considers film scores to be beautiful music even without the visuals.

“These soundtracks are gorgeous,” he says. “It’s unbelievable music. John Williams has just become one of the finest music composers of our time. Williams is recalling and building upon the great symphonic repertoire. Prokofiev and Shostakovich and Tchaikovsky and Rimsky-Korsakov, all these great composers that appear in the masterworks series that orchestras present all the time. That vocabulary is being heard by the audience when they hear these soundtracks.”

In fact, as time goes by, Richardson believes that the scores created by Williams and other film-music composers will be as highly regarded as the classical masters of the last few centuries are now.

“Great composers have been writing soundtracks to films for a long time,” he says, “and sometimes we think of movies as entertainment as opposed to art. I think what’s going to happen as we begin to have more distance and start looking at the repertoire that’s been written for soundtracks, we’re going to see that they’ll become one of our country’s real artistic statements. I think these composers will become more revered over time. These are tremendous composers with great senses of melody and drama. I think this music can sound magical, hectic, frightening and romantic. They sound brilliant to me.”

To prepare for the CineConcert performances, Richardson and the orchestras focus mainly on timing in their rehearsals, making sure they line up with the onscreen moments perfectly. Through this process, he says he’s become increasingly impressed with how collectively strong the country’s symphony orchestras are.

“For them to be able to play this music with split second timing reminds me in an ongoing way of how great our American orchestras are,” he says, “and how they are a resource in each of their communities. So not only will people have the great experience of seeing the movie, I hope these shows encourage them to hear their orchestras in other environments. There’s something about the sound of an orchestra that’s so wonderful. If this allows people to continue to explore these orchestras, maybe they’ll want to hear it more and more. I really hope that ends up being the case.”

As for the perceived division between high art and the world of commercial entertainment, Richardson says there’s only one real divide he recognizes. “There is effective music and ineffective music,” he says with a laugh. “And the style of it isn’t an issue. I think Count Basie said there’s good music and bad music; that’s it. I think these classifications mean less and less as time goes by.”