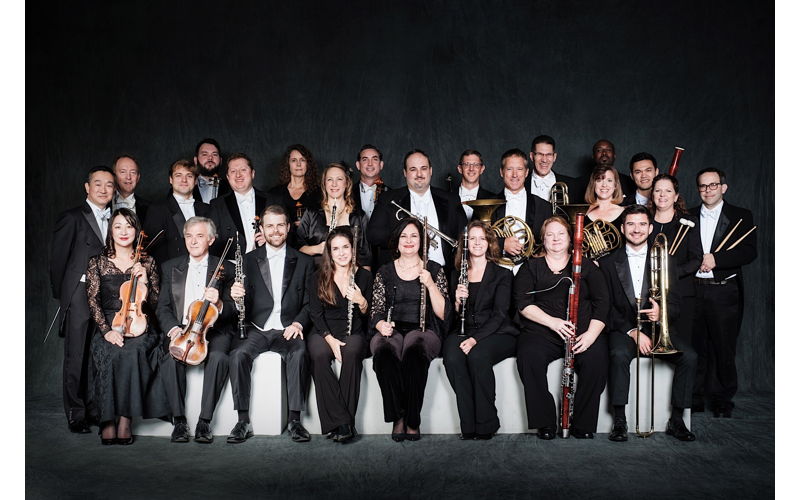 If you’re going to get people’s attention these days, you gotta go big. An ever-crowded entertainment landscape means tough sledding for just about every kind of art form, and that includes classical music. These days, it’s often not enough for an accomplished symphony orchestra to merely perform compositions by Mozart or Rachmaninoff or Bach; you’ve got to have a big hook.

“This is a big season for us,” says the CSO’s director of marketing, Kate Gray, “because it coincides with the 350th anniversary of the city of Charleston. More than half of our performances have a specific tie to Charleston, whether that means an artist or a composition. It’s the first season we’ve ever had that level of local involvement. The idea is for it to be a season-long celebration of the city, and of the many unique contributions of our artists throughout time.”

The most obvious example of that theme on the CSO’s schedule is their Pops concert next spring, with the increasingly in-demand Charleston jazz group Ranky Tanky. But if you delve deeper into the 2019-20 performances, there are a lot more local touchstones.

On Sept. 27 and 28, for example, during their Mozart In The Lowcountry program, the CSO will step away from Amadeus for a bit to perform Edward Hart’s “Under An Indigo Sky.” Hart is from Charleston, and he’s both a professor of music and chair of the music department at College of Charleston.

But “Under An Indigo Sky” itself has its own local historical significance.

“This is the first time we’ve played the piece since 2012,” Gray says. “(Hart) said it was a love letter to South Carolina, and Yuriy Bekker, our concert master and first chair violinist performed it on a Stradivarius at the old Gaillard Auditorium before it was torn down for renovation. It was such a success that it ended up helping carry the CSO through a really tough time, and it allowed us to get where we are now, which is a very healthy place.”

In October, a program called Pictures At An Exhibition will feature the paintings of acclaimed Charleston watercolorist Mary White projected onstage while the orchestra performs works by Ottorino Respighi, Aaron Copland and, of course, Mussorgsky’s “Pictures at an Exhibition.”

“Mary spent eight years travelling the country and painting a portrait of a veteran from each state,” Gray says. “The title of her exhibition is We The People, and it will debut the same weekend as this performance. We’re flying in most of the veterans, more than 30 of them in fact, and we’ll be showing images of all 50 paintings.”

Add in an appearance by Mayor John Tecklenburg, who will narrate Aaron Copland’s “Lincoln Portrait” as part of the Pictures at an Exhibition program, and you’ve got quite a grand evening. But it pales in comparison to the finale of the 2019-20 season, a program called Charleston and the New World which will be performed on April 17 and 18.

Hart will be in the spotlight again, but this time it will be the world premiere of a brand-new composition called “A Charleston Concerto.” And some special guests will be on hand to perform it.

“The concerto will be performed by the Shanghai String Quartet,” Gray says. “They were very interested in performing this piece, and they’re coming to Charleston to perform the world premiere of it. It’s in three movements; the first examines Charleston’s past, the middle examines its present and the third its future.”

The CSO will also perform Edmond Thornton Jenkins’ “Charlestonia,” which has been called “a rhapsody for orchestra with roots in African and jazz music,” and Antonin Dvorak’s “Symphony No. 9,” also known as the New World Symphony, one of the most popular classical works in history.

But the program isn’t the only reason that Charleston and The New World is a big deal.

“April the 18th is known as ‘Founder’s Day,'” Gray says. “It was the day in 1670 that Charleston was founded, so technically the 18th is our city’s birthday, and it’s also the date of our last performance of the year.”

A season with an overarching theme like this one takes a lot of work to create. Gray says that the typical CSO season takes about a year to plan. This one took 18 months.

“This season finale alone is going to be much larger in scope than any performance we’ve ever hosted,” she says. “This was such an ambitious season that it took us significantly longer than average to plan. We were working on it up until the day of our deadline.”