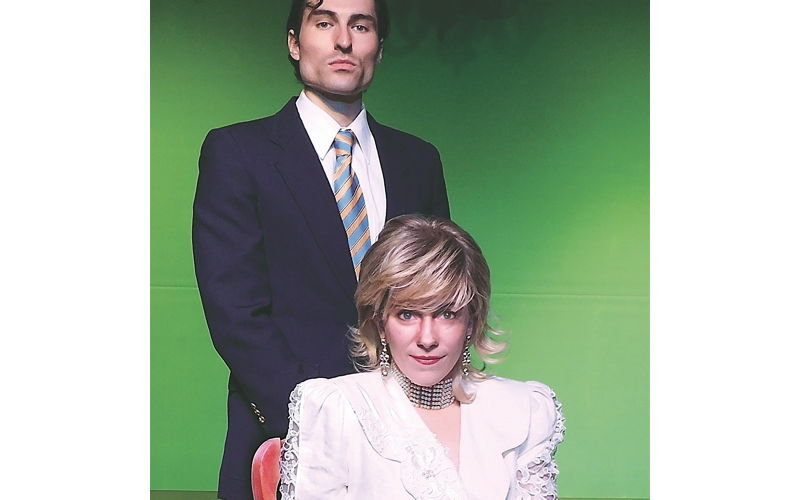 If you, dear reader, are perplexed by the words “Princess Diana, The Musical” strung together in a seemingly innocuous way, well, you are not alone. Yes, we can all get behind an adoration of the late great Princess Di, a devoted philanthropist, the “world’s princess,” and a stylish and beautiful wife and mother who promised to rock the boat of England’s reticent and stuffy royal realm. But, depicting her rise and fall through the medium of a musical? For songwriter and Princess Diana, The Musical co-author Karen Sokolof Javitch, a musical was always the answer.

“Well, I’m a songwriter and I’d done a few musicals before and I just loved Princess Diana and how she was always helping people,” says Javitch. “When she died, it was just such a shock everyone felt around the world. I sat at the piano grieving for her and I wrote these songs for and about her.”

The songs tell the story of Diana’s courtship with Prince Charles, from their first meeting through their messy mismatched marriage to their divorce and, finally, Diana’s death. “They didn’t have a typical relationship,” says Javitch, “It’s hard to write a true musical because their arc, their relationship is not like anyone else’s. I don’t think he really loved her … he thought he would grow to love her, and it just didn’t work out.”

Sean Lessard, a Summerville native who now lives in NYC, plays Prince Charles. “The press was so focused on vilifying Charles for what he wasn’t able to give to her [Diana] and they forgot that he’s a person.” Lessard’s job, he says, is to make his character human. In the musical’s second song “Just Once” Charles sings “Just once in my life I’d like to be the master of my own destiny.”

Elysia Jordan, a Midwesterner turned Manhattanite who has never been to Charleston, or the South for that matter, plays Princess Diana. She, like Lessard, has completely thrown herself into character. With 2017 marking the 20th anniversary of Diana’s untimely death, Jordan says there’s still more to learn about Diana, and she and the rest of the cast have been reading all the biographical material they can get their hands on. “It’s an interesting thing,” says Jordan, “You don’t want to focus too much on an imitation, because then it takes you out of being present at the moment in the scene. [My performance] is a cool blending of what Karen has written for Diana and stuff I’m actually reading about her and I’m bridging the two together in the rehearsal room as much as possible.”

The fear, of course, is that a musical about an iconic figure could become more like a Myrtle Beach Legends in Concert performance than an artistic live theater production. The cast recognizes this, to some degree, but feels that given the music, the direction, and the intimate theater space, audiences will walk away with a renewed appreciation for a good old fashioned story of heartbreak. Jordan urges that the story goes far beyond the glitz of any measly impersonation, “In the moment it’s all about stepping into her. In the moment with Sean as Charles, there’s a specific story we’re telling.”

Charleston Performing Arts Center’s Executive Director Scott Pfieffer says that in the CPAC venue, with only 70 seats and a runway and stage close enough to touch, audiences aren’t just passively watching the production. “We’re bringing out the real personas,” he says, “These are not the caricatures of Diana and Charles. Or what we all believe their relationship was. But really what’s behind all of that.” And in such an intimate setting, “People are literally looking at your face. They’re seeing it happen, they’re seeing the wheels turn. The believability of it — it’s got to come from a real place.”

This will be the musical’s Southeastern premiere — it has had runs in Omaha (where Javitch resides) and recently in Minneapolis. Javitch says that “this is the big push because it’s the 20th anniversary of her death. This is our small way of paying homage to her. We’re so thrilled Charleston is doing it. I think, for some reason, this particular show is going to take it to the top.”