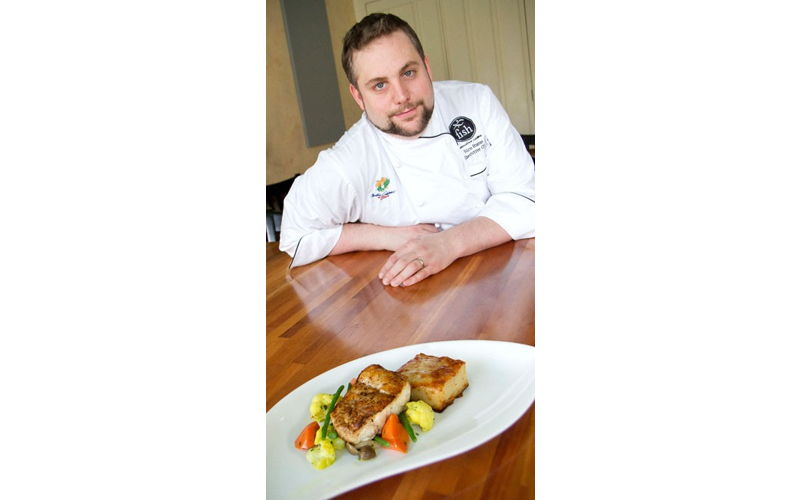 If you are an Atlantic wreckfish, Sam Ray is not a man you want to meet. Neither is Micah LaRoche, who offloads Sam’s boat The Lien Machine at his Cherry Point seafood dock at the far end of Wadmalaw Island. Chances are, if you have eaten wreckfish in Charleston, it most likely surfaced on the end of Ray’s commercial line.

Sam Ray is something of a legend out there and probably the most knowledgeable source about Atlantic wreckfishing in the world. He’s been targeting them since the fishery was discovered in 1987. Outside of some agricultural work as a younger man, wreckfish is all he knows.

“I tried farming for a while back home in Barnwell, and it nearly drove me crazy,” he told me when I was out at the docks one day last fall, “but then I came out here to Cherry Point and started fishing and I’ve never wanted to do anything else.”

Enjoying the toil of targeting wreckfish takes a special person, at least according to the people who consider Sam a sort of mythic hero. “People don’t understand what he does,” chimed in a younger man from a swordfish boat, out of earshot of Ray. “He’s out there alone, a hundred miles offshore in the middle of a huge ocean. He’s burnt a week’s pay getting out there, and he’s dropping a line 1,200 feet to the bottom of the ocean in the middle of a swirling Gulf Stream current. If he’s off by 30 [feet], there’s not a single fish, and it takes an hour to move to another spot.”

But even this esoteric fishery is in danger of extinction — not from overfishing, if you believe the likes of LaRoche and the men who depend on the catch for their livelihood, but from the regulation of the federal government. Recreational fishing for wreckfish is not even allowed, and the South Atlantic Fishery Management is currently considering reducing the annual commercial catch from 2 million pounds to 237,000, effectively reducing each fisherman’s take by 89 percent.

And this alarms Chef Nico Romo at Fish Restaurant.

“We are already limited with what we can get locally. This will just be one less fish we can source,” he says.

The Charleston Bump, an upwelling of cliffs and ledges off the coast of South Carolina that is severe enough to substantially divert the northern flow of the Gulf Stream itself, is the only commercial Atlantic wreckfish zone in the United States. Only three boats routinely even try for them. As far as local and sustainable goes, wreckfish is Charleston’s deep sea trophy.

Chefs, like Romo, prize the fish for its clean flavor and its affordability as a local alternative to pricier grouper varieties, which it is often compared to.

“It has a nice carcass yield,” Romo says, “and we like to support the local fishery.”

The fish is so special, in fact, that when it’s in season (regulations already close the spawning grounds during much of the year), it demands a high level of attention in the local market. Romo’s favorite method for serving it? Naked.

“When it’s here, it comes straight off the boat, and it’s so clean and fresh, that we make it our ‘naked fish’ special — just a little salt and pepper, and maybe a good sear in a hot pan with a little oil.”

But if the Southeast Atlantic Fisheries Management Council goes through with its proposed change in regulation, it could divvy up the allotted catch between numerous boats, many of which may not even attempt to harvest the fish. Proponents of the local fishery prefer that the allotments go to fishermen that have demonstrated a record of achievement, leaving enough annual catch to target the wreckfish full-time.

Otherwise, Sam Ray says he’ll be out of the wreckfish business, and Romo will lose a valuable local resource. The implicit result would be a loss of Charleston’s unique wreckfish cookery altogether.

“It’s kind of like gold when it comes in. You sort of fight for it,” says Romo.

The other Lowcountry bivalve gets its day in the sun

From Backman’s briny beds to the Grocery’s blazing fire

The Magwoods keep the heads on and the freshness intact