Thanks for Sharing is likeable but little else 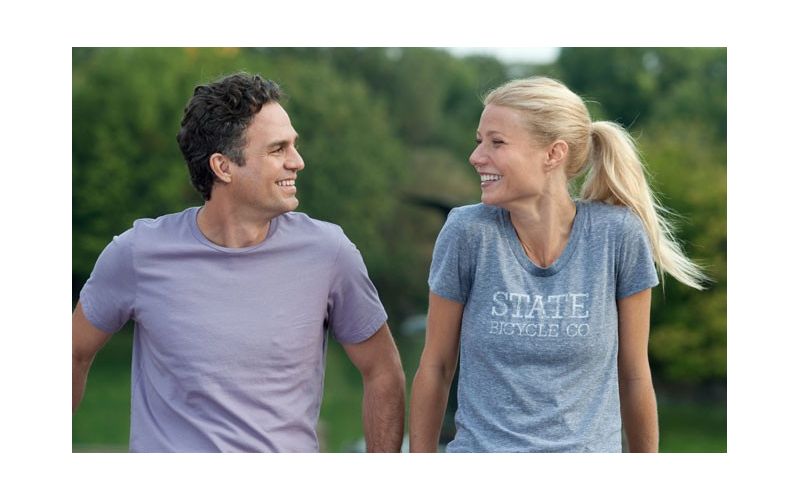 Sex addiction is a strange and fascinating matter. It’s something that’s hard to comprehend and even harder to have sympathy for — it’s like trying to feel bad for someone who eats too much sushi or chocolate mousse. However, the line between indulgence and addiction is a fine one, and while Stuart Blumberg’s Thanks for Sharing doesn’t quite get between the sheets of the matter, it does delve into the lives of three recovering addicts.

The tall and rangy Mike (Tim Robbins) runs a New York-based support group like a big papa bear, stern, avuncular, and always quick with an answer. He is a warm practitioner of tough love. Mike’s addiction, while a bit vague, is more substance-based than sexual in nature, but he’s been clean for some time. He seems to have a solid home life with his dutiful wife (a radiant Joely Richardson) who’s obviously been through the ringer (probably not to the same degree as Anthony Wiener’s spouse, Huma Abedin, but still) and opted to stand by her man. Then there’s his trusted lieutenant Adam (Mark Ruffalo), a successful international financier with a primo high-rise condo in Manhattan. He’s five years sober and goes to painful extremes to truncate alone time with the TV and internet. The good news is that Adam has met the perfect woman in Phoebe (a very toned Gwyneth Paltrow), though he’s reticent to tell her about his issue — sex is permissible, just not compulsive sex.

Adam’s also taken on a new charge who’s a discombobulated mess. Recently terminated from his medical post in a hospital for sexually harassing a co-worker, Neil (Josh Gad) subsequently rubs up against a woman in the subway and as a result of that offense gets mandated to the group.

As gross as that sounds, Neil’s a pretty affable guy and perhaps the most anchored of the lot. After “sharing” at group, he forges an immediate and awkward alliance with Dede (Alecia Moore, a.k.a. Pink, who is excellent in her first real dramatic role), who does more for Neil’s progress than Adam or Mike. Mike’s son (Patrick Fujit), who was both a victim and refugee of Mike’s down years, returns to the nest suddenly and past pains quickly percolate to the surface. Over on Adam’s side of the big city, Phoebe’s called out on her eating and exercise disorders and can’t figure out how to deal with Adam’s confession of sexual compulsion.

But these revelations don’t quite mesh in the bigger picture. Blumberg, who garnered an Academy Award nod for penning The Kids are All Right, seems hesitant behind the camera in his directorial debut. Situations erupt out of nowhere, and since everyone is in varying stages of recovery, without a genuine taste of the descent into addiction hell, the film’s present feels more like artifice than sincere soul baring.

The Neil and Dede thread yields the greatest rewards — perhaps because we catch Neil just as he’s fallen. That, coupled with the reality that he’s not a lean, chiseled alpha male, but more a slovenly Jack Black or John Candy type, makes him an endearing, relatable character. Dede’s efforts to get him out of his shell and pigsty apartment ring with bona fide compassion. For two big personalities, they have many small, quiet moments that are tinged with sexual tension. The way Blumberg uses that and the actors is a true charm, and maybe theirs is the story he should have built the film around.

The other A-list actors are fine, but their characters lack depth, especially Ruffalo’s Adam. He’s a weepy version of Michael Fassbender’s shark-like sexaholic in Shame, a film that dove into the nastiness of sex compulsion and put audiences on edge. Here we’re told the stories of depravity in group. And as any good storyteller knows, telling is not nearly the same thing as showing.