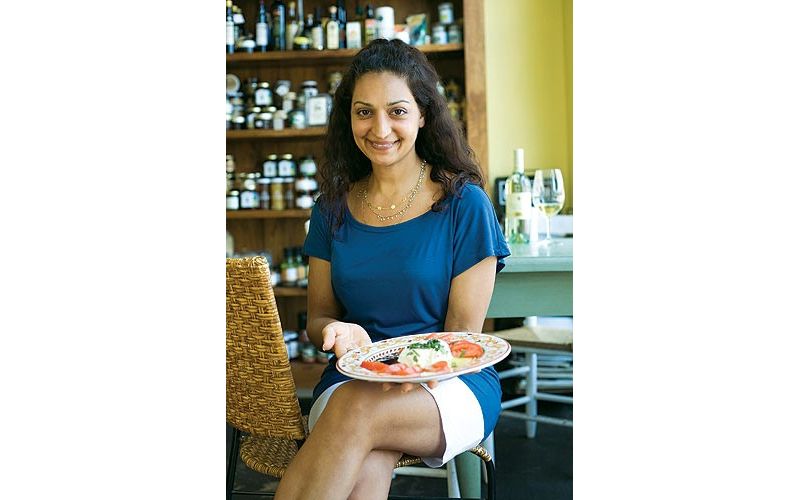 So maybe you didn’t go to culinary school. Perhaps the majority of your kitchen training came via the Food Network. But that doesn’t mean you don’t appreciate and deserve chef-quality ingredients for your culinary adventures. And whether you’re preparing a gourmet meal or an authentic ethnic feast, you may need to step outside the supermarket box to find the ingredients you need. Good thing Charleston has a nice little bundle of specialty shops that cater to the home chef. Here are some of our top picks.

Sure, there are some groceries around town with great cheese selections, and if your expectations aren’t too high they’ll serve you well. But if you’re looking to advance to the next level of cheesiness, be sure to make Manoli Davani Grayson your guide. The owner of Avondale Wine & Cheese is passionate about great cheese, and her enthusiasm is contagious. The woman has connections in the cheese world, and she manages to get her hands on some items that the chains can only dream of. Take burrata, for example. This soft, mild Italian cheese, similar to mozzarella but hollow and filled with cream, has an extremely short shelf life and can only be found in a few places in the United States. In the summertime, Davani tries to get a shipment weekly, delivered expressly from a company in California. She once had it overnighted from Italy, and it was so good she devoured it instantly, but the cost was too high to make that a regular occurrence. We were lucky enough to try some before local chefs and others in-the-know snatched it all up. Mixed with a splash of olive oil and smeared on a crostini: creamy, tangy divinity. While burrata is mainly a summer treat, Davani stocks a solid selection of hard-to-find cheeses throughout the year, like the Sally Jackson from Washington — “I pretty much had to beg her to sell it to me,” Davani says. One of my favorites, however, was the chocolate goat cheese from Capri in Massachusetts ­— fudgy, decadent, and very dessert-like. Bonus: Davani will help you pick out the perfect wine to go with your cheese.

If you’re looking to make an authentic Indian meal, you should find everything you need at Nelli Grocery, a neat-as-a-pin little store in West Ashley. Owner Christabel Christy is usually behind the counter ready to help customers navigate the curious produce and huge variety of lentils, and when we visited, she was quick to point out a major staple in the Indian household: papad. Nelli stocks many different brands and flavors of papad, served as a snack or on the side of traditional Indian meals. Resembling a tortilla, the papad can be either deep fried or heated in a pan or microwave, where it will expand and become crispy, almost like popcorn. It’s often served with a mint chutney. Besides this unique and versatile treat, the store stocks produce (gourds, mangos, banana flower, curry leaves) which is delivered every Thursday, a good selection of savory snacks, pickles, teas, frozen prepared meals, and more.

It’s hard to put your finger on one thing that H&L Asian Market really specializes in. Nearly the size of a typical American grocery store, H&L has enough funky packages on their shelves to keep you browsing for hours. There’s a little Vietnamese grill in the corner when you first walk in where they sell plates of food as well as whole roasted ducks ($15.99). They’ve got produce ranging from the ordinary to the unrecognizable — dragonfruit, anyone? How about a chayote? There are cans, bags, and bottles of everything from dried shrimp and jellyfish to soy sauce and noodles, along with candies in bright, cartoonish packaging and a small selection of sake. There’s even a section with dishes, woks, knives, and the Japanese good luck cat to outfit your kitchen. But perhaps most impressive is H&L’s seafood selection. They’ve got a long cooler filled with a huge variety of whole fish on ice, which they’ll cut and clean for you at no extra charge. They receive two shipments weekly, of standard stuff like salmon and tilapia (if a little unrecognizable in its original form), along with items that are harder to come by, like whole squid, snails, and live bass.

Eastern European transplants know where to go when they’re craving a taste of the old country: Euro Grocery in West Ashley. The little shop stocks the basics of Eastern European cuisine, from noodles to canned meats and fish to jars of pickled vegetables. There’s candy and cookies and ice cream treats for the sweet tooth, and a good selection of herbs and medicines for whatever ails you. Even if you know little about Eastern European food, you probably know that sausage plays a big role in a lot of the hearty dishes, and Euro Grocery has a good selection. Cold cuts — salamis, smoked bacon, kielbasa, knackwurst — are often presented on a plate with cheese and crackers. Try a few of Euro Grocery’s varieties along with some of the cheeses they offer, and you’ve got yourself an authentic little charcuterie platter. Just don’t forget the Moldovian wine — How about some “Bear’s Blood”?

Since Memorial Day, the question of where to find great olive oil has an all-too-obvious answer: the Olive Oil Shop on King Street. Although they’ve only been open a short time, co-owner Steve Horvath says they’ve had a steady flood of customers stop by the shop — and many of them keep coming back. After all, good olive oil is a staple in most foodies’ pantries. And the Olive Oil Shop has a great selection. The small shop is lined on either side by containers — called fustis — filled with different varieties of EVOO and balsamic vinegar, with tiny spouts and disposable cups allowing customers to taste them all. Their suppliers hail from all over the world — Italy, Greece, Chile, and Australia, to name a few. Many of the oils are infused during processing, with flavors like blood orange and garlic (a hugely popular option). The vinegars are also infused, featuring flavors like raspberry, pomegranate, fig, blueberry, and many other flavors.

Desserts get sprinkled with surprising flavors these days

In recent years, our collective sweet tooth has been transformed. No longer do we expect to keep savory away from sweet. As chefs have experimented with the techniques of molecular gastronomy, revolutionizing what you expect to find on your dinner plate, pastry chefs have brought that same element of surprise to the dessert course, adding chili powder to our chocolate, salt to our caramel, and bacon to our ice cream.

Michelle Weaver ponders her evolution from sous to executive chef