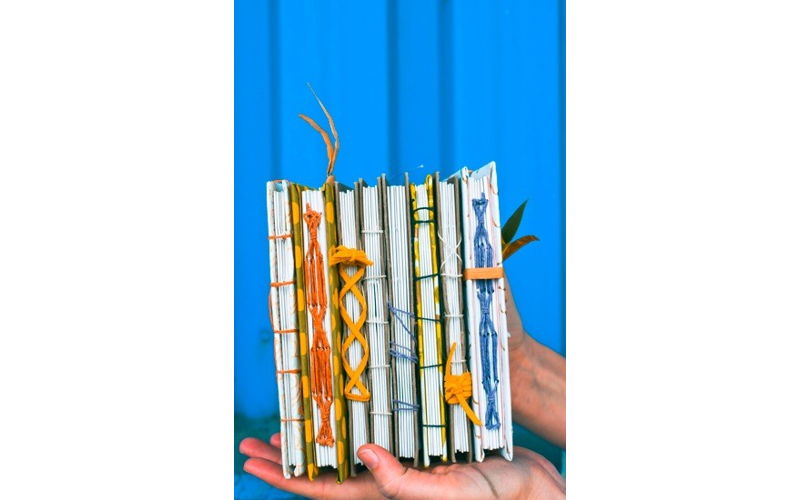 For the Love of Books

You won’t find the real Charleston in a Fodor’s guidebook or in a tourist rag sitting in a hotel lobby. There’s a special side to the Holy City that only locals know about, located somewhere beyond the City Market and Rainbow Row. It’s that side that Savannah Rusher and Anna Kate Lister hope to capture with their New Guide to Charleston.

“There’s such a rich artisan culture here, and I don’t think it’s portrayed often in literature about Charleston,” Rusher says. “Not from a local standpoint."

The book is the first major project from Surcee Press, founded by Rusher and Lister in an attempt to preserve the art of tangible publication. Funded in part by donations made by supporters via Kickstarter, the hand-bound books will include a diverse range of creative memoirs from locals, a time capsule of sorts illustrating how they’re influenced and inspired by the city. Rusher and Lister received a flood of submissions after distributing screen printed posters around town last year.

“We have a pretty incredible body of local work that ranges from recipes to paintings to photographs to essays — all kinds of different stuff,” Lister says.

Kristen Gehrman contributed an essay about the transformation of the Garden Theater into Urban Outfitters. Mary Edna Fraser offered shots of her batiks based on aerial photos of Charleston. Other contributors include Kristy Bishop, Conrad Guevara, Elizabeth Gouldon, Matthew Foreman, and Lauren Fuller, along with about 20 others. Besides highlighting local talent, most of the pieces are based on specific locations, creating a map of inspiring places around town.

“Some places which the work is based on are very personal, like a downtown home or secret dock, while others are based on public places like coffee shops, parks, or swimming holes,” Rusher says. “We have a variety of scopes on Charleston as transcribed through a multitude of mediums.”

Lister and Rusher developed their own love affair with the Holy City while attending the College of Charleston. Lister studied creative writing and Rusher studied communications and studio art. After separate post-grad stints in New York (during which Rusher worked for Random House), the pair returned to the Lowcountry and founded Surcee Press.

They’ve been honing their binding skills by making handmade journals for the Lowcountry Artist Market. Once they have secured funding for the New Guide to Charleston, they plan to spend a week in the North Carolina mountains putting together the books.

“It’s a lot of tedious labor, but it’s definitely worth it,” Rusher says. “It’s like the antithesis of reading something on a Kindle. There’s so much handiwork that goes into it.”

At the rate of five or more books per day, they plan to make 75-100 limited edition hardcovers and offer an unlimited, by-request run of paperbacks.

“All the money that we’re getting toward Kickstarter will hopefully help keep the cost of the books down,” Rusher says. “We want the books to be accessible to as many people as we can, and we hope we can avoid high prices.”

After the guide, Lister and Rusher will continue making books and expanding their company and their library. They’ll also host local literary events — on March 20, they’re hosting a Scrabble tournament at Taco Boy.

Lister says, “We want to keep building out from Charleston, making art literature books that are as gorgeous to hold as they are to look at.”