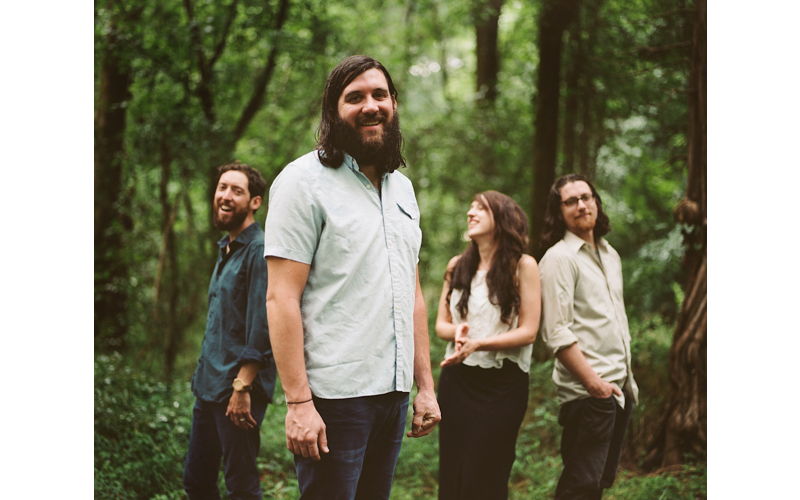 For Jeremy Davis, life is about pursuing what you love and spreading love to others — utimately, doing your part as a human being. The Charlotte, N.C.-based artist finds his musical roots in family and the styles of swaying bluegrass heard in the Appalachian region. While speaking on what he writes about, his recording process, and his experience as an artist, Davis says he’s focused on his work and adapts to the many changes that the life of a professional musician may bring. Channeling all that inspires his music, Davis’ band, Elonzo Wesley, is preparing to drop its sophomore studio album, Songs to No One.

The band formed in January of 2015 after the breakup of Davis’ previous indie rock outfit, simply called Elonzo. Both bands were named after Davis’ late father, a drummer and music lover. “I wanted to keep that part of the name going, but make some kind of notable difference in the project, so that it’s not the same,” says Davis.

Violinist Alicia Driver, bassist Dennis Contreras, mandolin player Taylor Winchester, and Davis have great chemistry, blending with each other skillfully in recordings. There are times on the record where each individual commands the spotlight. A notable example is Driver’s violin riffs on tracks like “Rule of 7.”

“I’ve been playing guitar for a long time, but I grew up going to church,” says Davis, recounting what initially inspired his passion for creating music, while growing up in Summerville. “I don’t really go to church now or anything, but as a kid that was just a normal part of life,” he says. “That was really where I experienced music for the first time, when you’re [there] Sunday morning singing with a couple hundred other people. It is a heightened experience, kind of.”

From there, Davis’ music appreciation and foundation was laid by his mother. “Over my lifetime, my mom always kind of played music. That was kind of a part of our family ‘thing,’ and she played guitar a little bit, and sang, and played piano, too.” Eventually, Davis realized he loved music and always surrounded himself with it, whether it be by Walkman, Discman, or any other medium.

Davis tries to model his music after several iconic artists. The first is Bob Dylan and how he masterfully wrote songs. Then it was the Beatles and how they created records. From there, the influences are endless.

Davis writes primarily on acoustic and builds up. Previously, writing for an indie rock band became somewhat “aesthetically confusing,” Davis describes. It seems that getting closer to his roots and solely focusing on acoustic or traditional instruments has freed him to be more expressive, contrasting from how many other artists perform.

Determined to take Elonzo Wesley on tour, Davis had a goal set to write a new album over late summer 2018. In order to tour the new record, it had to be completed fast, and this was a bit unconventional at the time. “Normally, I wouldn’t write an album that fast. It would just have come together over a couple of years and then I would start recording it,” Davis explained. “Previous attempts at making records, I can kind of pour over things a little too much, so I decided to do things a little differently.” This included changing his routine for music.

Prior to becoming a professional musician, Davis was forced to reserve his playing for late at night, after the day was finished. This was when all the writing was done. “I decided that I was going to write all the songs in the morning instead of doing it when I’m exhausted.”

Following a new streamlined creative process, Elonzo Wesley is fired up on new material. Singles, like “Human Bean”, showcase Davis’ songwriting prowess, and his simple message to care for your neighbor and not be an asshole, all accented with beautiful and soft instrumentation.